The Top 10 Heritage Sites in Nigeria 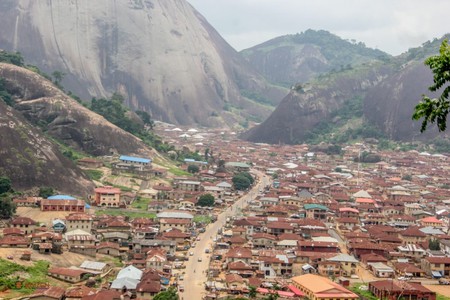 Nigeria is a culturally-diverse country, with over 250 local languages. These various cultures have very rich histories and backgrounds and the local people are incredibly proud of their heritage. The heritage comes in the form of ancient places of worship, artifacts, old towns and monuments, to mention a few. These are the top 10 heritage sites in Nigeria, all recognized by UNESCO.

The sacred groves of Osun, the goddess of fertility and one of the most popular deities in Yorubaland, are located on the outskirts of Osogbo, which is about 230 kilometers from Lagos. The groves, which are dotted by shrines, sculptures, and artworks, represent a time when people dedicated areas outside their settlements to deities, areas which are regarded as sacred. The Osun-Osogbo grove itself is located in a dense forest that is one of the primary high forest in southern Nigeria. 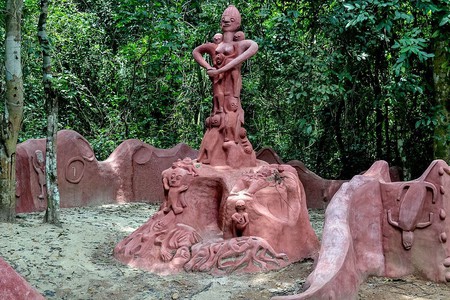 The hills of Idanre are found in Ondo State in the southwest of Nigeria, about 300 kilometers from Lagos. The hills are about 680 steps from the bottom to the peak and have mysterious handwritings etched into the rock, which have never been decoded. On the hill also is a magical footprint that fits any foot put in it. The town of Idanre has other historical sites, including the building of the first primary school built in 1896 which still stands, as well as a law court and adjoining prison built in 1906 by colonialists. There the inner court of the Oba’s palace is also an interesting place for tourists, with its various sculptures, crafted many years ago. The Idanre hill was listed as a UNESCO World Heritage Site in October 2007, in the cultural category. 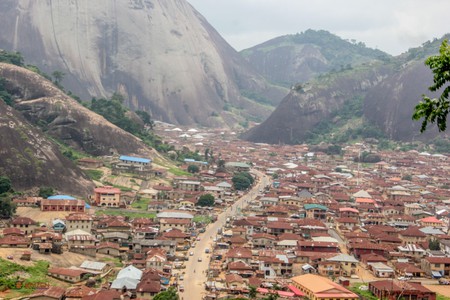 Old Oyo in southwest Nigeria is a said to be the former city of Oyo (known as Oyo-Ile), which was deserted in the 18th century after a war with Hausa/Fulani raiders. The site lies within the confines of Old Oyo National Park, and on it are the ruins of buildings built by people who lived there in the past, such as the old palace compound, outer walls with ditches and a water reservoir. There are also wells, cisterns, and grinding hollows which are proof of an extensive past settlement. Within the park is also the famous Agbaku Cave, which served as shelter for the ancient warriors of the Oyo-Alaafin Kingdom during times of war.

CHECK OUT THIS COOL ROCK FORMATION – DARK AGBAKU CAVE IN OYO STATE! ———————————————————————————- Like slices of well baked bread, giant slabs and boulders of bronzed igneous rocks pile and lean against one another, forming a picturesque cavern: all set in the heart of old Oyo National Park, Oyo state, SW Nigeria. Sempiverent vegetation soaring high above, squirrels skipping from tree to tree, beautiful birds chirruping at canopy tops, colourful agama lizards nodding to the rhythms of the whistling wind and whispers of ancient Oyo warriors from the belly of the cave; together, make this site so enchanting and awe-inspiring to its visitors. It was said that Agbaku Cave served as shelter for the ancient warriors of Oyo-Alaafin Kingdom during times of war. The cave is also believed to have Archaeological relics of significance. Old Oyo national park came into existence as a result of the merger between the erstwhile Oyo-Ile Forest Reserve and Upper Ogun Game Reserve  in 1991. It has a land mass of 2, 512 kilometres and boasts of various plant and animal species among which kobs are most prominent. Other attractions at the park include the ruins of the former administrative capital of Oyo-Ile Empire,relics of the anceint city wall, Kosomonu Hill, the water reservoir, the Old Akesan Market site as well as the Palace. The park also has a number of tourist chalets at Sepeteri and Ibuya base camps. ————————————– #visitnigerianow #9j #holiday #explorenigeria #bellanaija #tourism #travelblog #instatravel #nigeriatotheworld #visitnigeria #oyo #oldoyonationalpark #cave #darkagbakucave

The Ogbunike Caves are found in a valley in the tropical forest of southeast Nigeria, in Anambra State. Descending into the valley is a lengthy walkway of 317 steps, which were constructed by the state government. The cave, has about 10 inner chambers and several tunnels, some of which are interlinked. Several streams also flow into the caves, and another stream within flows out into river Nkissa. The caves have a spiritual significance for the local people, and a festival is celebrated to commemorate the discovery of the caves. Bats are the main occupants of the caves, but other animals can be found in the tropical rainforest vicinity, including antelopes, porcupines, and snakes.

Oban Hills are part of the Cross River National Park, which is contiguous with Korup National Park in Cameroon. The Oban Hills are home to a variety of wildlife including the Nigerian-Cameroon chimpanzee, which has brought about a lot of conservation efforts in the hills and the surrounding landscape.

Located in Anambra State in the southeastern part of Nigeria, Ogbaukwu caves are said to be the largest in West Africa and have enough roomy compartments to accommodate an entire village. Not much is known about the caves as they are largely unexplored, but local legend tells a story of a brave warrior who defeated lions that lived in the caves. The waterfalls are an aesthetic beauty and attract many tourists. 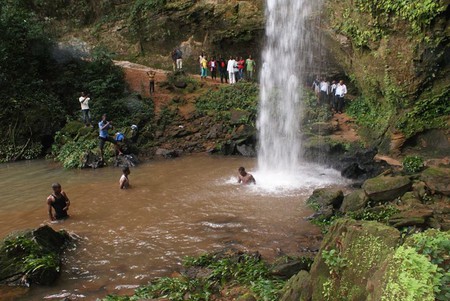 The Alok Ikom monoliths are about 350 upright, carved stones found in Ikom, Cross River State of Nigeria. They vary in height and most are grouped in circles facing each other. Researchers believe that the inscriptions on the monoliths are a form of prehistoric writing, but the images and texts remain undeciphered. The monoliths are found in different places in the Alok Ikom community.

The 14-kilometer city wall made of earth and its associated sites (Dala Hills, Kurmi Market and the Emir’s Palace) are found in the northern part of Nigeria. They form a part of a pre-colonial civilization and governance, when the city was built for the security of the growing population of ancient Kano. The walls were said to have been completed in the 14th century, but were later extended in the 16th century, which is the present structure. 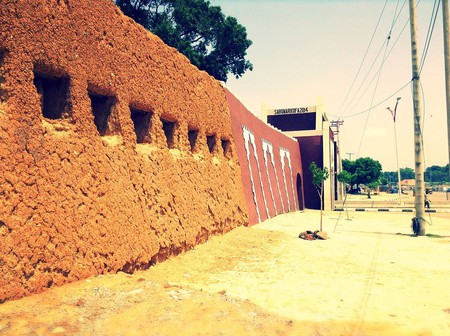 A section of the ancient Kano wall | © Cepit / WikiCommons

Sukur is located in Madagali area of Adamawa State in northeastern Nigeria. The landscape has terraces on farmlands, stone-paved walkways, and dry-stone structures. On the landscape is the palace of the chief and other sacred remains that express the spiritual and material culture of an ancient society, and it is also representative of a former flourishing iron industry. 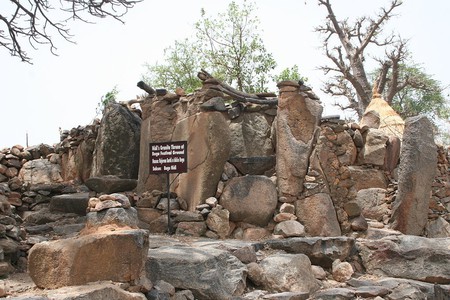 These are a series of defensive walls found in the southwest of Nigeria, in Ogun and Edo states. Sungbo’s Eredo are walls that were said to have been built in honor of a female chief, Bilikisu Sungbo. Her story was linked to the biblical Queen of Sheba, which was later disproved by archaeologists. The Eredo walls are presumed to have been the inspiration for the ‘Iya’ (walls) of Benin which are said to be the largest earthwork in the world. 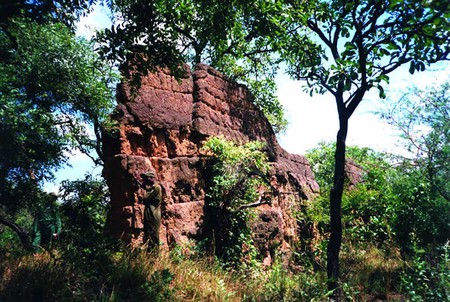