The Best Day Trips to Take From Lagos 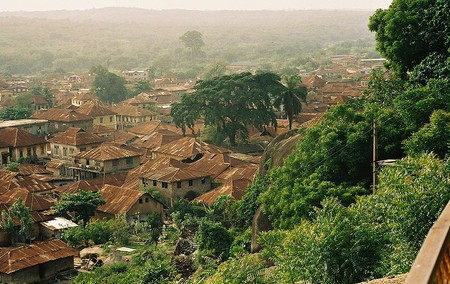 Although skirted by the Atlantic Ocean, Lagos is surrounded by cities and towns with historical and cultural significance. Most of these places, like Lagos itself, had thriving civilizations before the advent of colonialism. They’re also located within just two hours or less of Lagos – making them ideal for a day trip.

Established as a war camp in the 1800s, Ibadan has grown to be the largest indigenous city in Africa. Within its borders are historical landmarks, such as the first university in Nigeria and the first TV station in Africa, gardens and parks, like the Ibadan University botanical garden and Agodi Park, night clubs, golf courses, the Trans Wonderland amusement park and so many other sights. The city is surrounded by seven hills and at the top of one of them is Bower’s Tower, where you can get a view of the old city, spread beneath your feet.

Also available are cosy restaurants (Café Chrysallis and Kokodome to name but two) and moderately priced hotels if you decide to spend the night. Ibadan is known for its inexpensive food, which is usually bought directly from the farmers market, and is famous for amala, gbegiri, ewedu and goat-meat – a meal the city is famous for. You can also visit some of its markets – like Oje, which sells fruits, vegetables and organic beauty products, Aleshinloye, with clothes, shoes and perfumes, or Oyo State, the largest secondhand clothes market in the city.
Ibadan, Nigeria

Named for its rocky outcrops (‘abeokuta’ means ‘under the rock’) that served as refuge from slave-hunters from Ibadan and Dahomey in 1830, Abeokuta is another cultural and historical landmark that is a delight to explore on a day trip. Olumo Rock is the biggest drawing card for Abeokuta. Standing at 137 metres (450 feet) above sea level, the rock has several caves that can be explored. The caves were used by the early Egba settlers as a hideout from their more aggressive neighbours, while some of the caves are dedicated to the Gods of Yoruba.

Aside for being the birthplace of some of Nigeria’s greatest thinkers and activists, like Funmilayo Ransome-Kuti, Wole Soyinka, Fela Anikulapo-Kuti and more, it is also home to some of the most colourful masquerades in the southwest of Nigeria, like the Gelede and Igunnuko. It also plays host to the annual African Drums Festival around April every year. Abeokuta’s best kept secret, however, is the Kemta Market – the largest and oldest market for Adire fabric art, a skill that has been passed down from mothers to daughters for centuries. 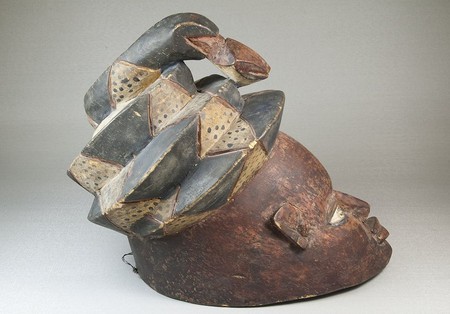 To explore Badagry is to walk in the shoes of the men and women who were sold off during the trans-Atlantic slave trade – a difficult but necessary journey for anyone seeking to understand history, the self, and humanity. However Badagry (known by the locals as Gbagle) isn’t just about the slave trade – the town is also about its people, who are into fishing, the salt trade, and coconut processing.

To be found in this town are plantations of coconut trees, beautiful, clean, beaches, and delicious seafood, prepared in both traditional and local ways. A day trip to Badagry should include a visit to one of the many museums that stand as a memorial to the victims of the slave trade, exploration of the first missionary school and church in Nigeria, and a visit to the art enclave where citizens display their beautifully carved stools. 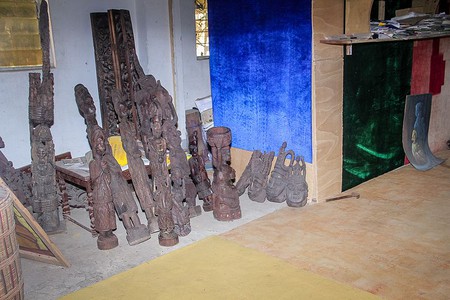 Epe is the capital of the Ijebu Kingdom (a subgroup of the Yoruba), established as a port pre-colonialism to trade with the Dutch and Portuguese. It is presently known as the largest fish market in the southwest, but to get the best of the market, it is advisable to leave early in the morning. Mingle with the fishermen, the market people and chefs from different restaurants in Lagos who buy their fish from the market, and get a taste of local life. The fish market is also known for selling exotic fresh water animals (crocodiles, tortoises, etc.). Epe’s best kept secret, however, are its clean and quiet beaches, where the water is great for waterboarding and surfing at certain times of the year.
Epe, Nigeria 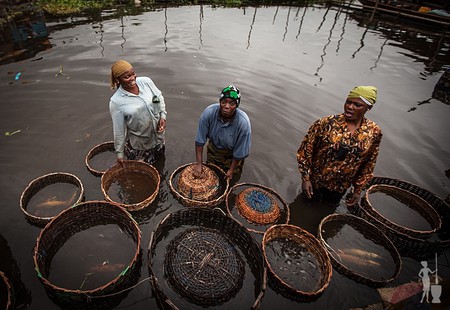