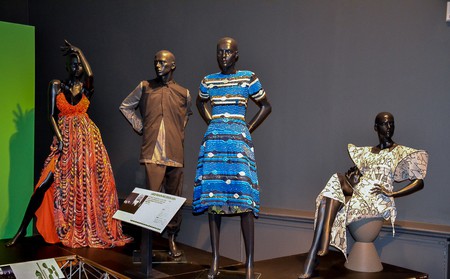 Pollution is a continuing cause for concern the world over. However, in Nigeria, it’s a particularly serious problem. However, five design-based initiatives are underway to develop Nigeria’s sustainable fashion industry while reducing environmental pollution in the process.

With a national population of about 186 million people, Nigeria is estimated to be producing about 24 million tonnes of waste annually. Lagos alone produces 9,000 of those tonnes. Although several policies, regulations and bodies, such as the Lagos State Waste Management Agency (LAWMA), have been established to curtail these issues, solid waste management remains one of the most pressing environmental challenges in urban and rural Nigeria. 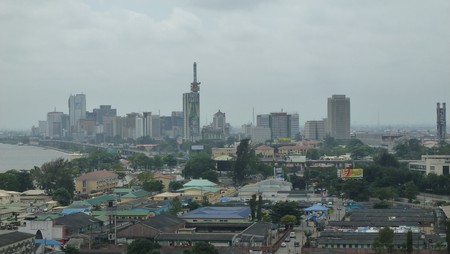 Delayed household waste collection or improper disposal and lack of transportation infrastructure to dispose of them efficiently and ethically also adds to this pollution. However, certain groups of people are working to turn things around by using sustainable methods and materials in their business processes. Eco-friendly initiatives have been initiated from a grassroots level, steering the future of the fashion industry in Nigeria to align with the growing global shift towards conscious consumerism.

The Waste to Wealth recycling program was established in 2012 by the American University of Nigeria in Adamawa state, located in the north-eastern part of Nigeria. Based in Yola, the capital of Adamawa state, the initiative has trained more than 300 women to turn plastic carrier bags into crocheted products such mats, bags and other colourful accessories, which sell for anything between $3–$47 depending on the size.

The success of the program not only deals with waste management in the city, but has become an important source of income for these women who are now able to support themselves and their families. The initiative’s program coordinator, Raymond Obindu, recounts a success story in which one of the talented women in the program earned 1.5-2 million naira ($4,100–$5,500) and has now been able to buy property for her family and send her children to school.

Lisa Folawiyo is the eponymous global luxury fashion label created and owned by the lawyer-turned-designer and creative director. The womenswear brand is known for its clean design and trademark aesthetics of incorporating hand-stitched embellishments on traditional West African ankara fabrics. Launched in 2005, the sustainable brand, which sources and creates its own designs locally in Nigeria, has kept its modern and feminine design aesthetic. In 2014, Folawiyo presented her collection on Altaroma’s runway and at Biffi Boutiques’ Vogue Fashion’s Night Out in collaboration with the Ethical Fashion Initiative, which works to partner local artisans in West and East Africa with international fashion brands.

Folawiyo’s collections have been shown in Lagos, as well as at other international platforms in Johannesburg, London, Paris, Milan and New York, among others. She has collaborated with Blackberry to create limited edition Blackberry phone cases, and L’Oreal to make lipstick and nail polish covers. Her pieces have also been worn by celebrities such as Lupita Nyong’o, Kelis, Solange, Lucy Liu, Alicia Quarles, Thandie Newton, Angela Simmons and Lala Anthony. 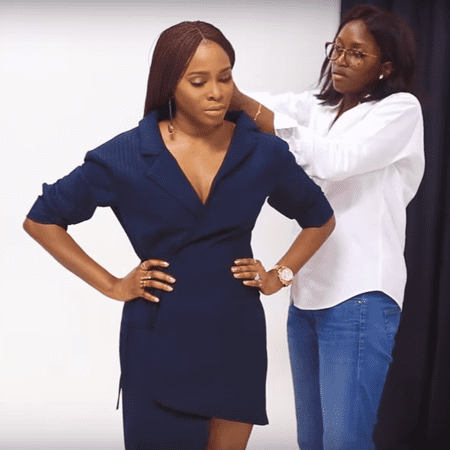 Cyrus45 Factory is a bespoke, avant-garde, upcycling initiative founded by Olabanke Banjo in 2016. Banjo was inspired to start her entrepreneurial initiative while visiting her sister in Lagos. She saw it as a way to contribute to the reduction of environmental pollution caused by waste from old tyres, which are either dumped by the roadsides or burned, contributing further towards air pollution.

Her initiative involves upcycling tyres into avant garde and ultra-modern furniture and products for art-lovers. She sources the discarded tyres from refuse dumps, incinerators and the roadside, or as a last resort, buying from mechanics or car owners looking to exchange their old tyres for new ones.

She is passionate that, with her upcycling project, she can minimise pollution in her state as well as motivate other women who reach out to her, inspired by what she’s doing in a predominantly male-dominated industry.

T5S is an online fashion brand founded by Sophia Ike-Onu, an entrepreneur based in Lagos. The textiles and materials used in producing the locally-made fashion products are also locally sourced and made in Nigeria. T5S is an own label to The 5K Shop, which Ike-Onu launched four years ago.

The 5K Shop was initially inspired by Ike-Onu’s interest in the European fashion retail market after studying for her masters degree in International Architectural Regeneration and Development at Oxford Brookes University. Noticing a gap in the e-commerce industry in Nigeria, she set about launching the online store that now carries its own sustainable label, T5S. As its brand name suggests, every item on the online shop costs 5,000 naira ($14) or less. It is this unique selling point that Ike-Onu says has made her business model viable in the Nigerian economy.

Initially starting off by investing all of her savings in the business, and being the only full-time staff member, Ike-Onu now has 10 employees. Since the launch of her business, Ike-Onu has been listed as one of the 100 most influential women in Africa by Leading Ladies Africa, and has been featured on CNN for promoting affordable products made locally. In 2016, she won the British Council Enterprise Challenge, which enabled her to be privately mentored by Sir Richard Branson and to go on to become a brand ambassador for Virgin Atlantic in 2017.

The Wiggle is BACK ! Stretchy cotton fabric , thick enough to smoothen your silhouette and snatch your waist at the same time ! T5S Wiggle Dress – Uk 6-14 – N8500 Custom Sizes up to Uk 24 available Love it ? Dm or WhatsApp 09024246912 to order #Myt5s #WorldWideShipping #BuyNigerian #MadeInNigeria

Olayemi Samson is a Nigerian-based creative entrepreneur who recycles used plastic bags to make various products like raincoats, school bags, shoes and car covers by hand. As most stories go, it was during his commute in Lagos that the idea sprung to mind. He noticed the large amounts of the plastic bags laying around and realised he could use them to create change in his community by reducing the amount of waste left unchecked, while starting a business for himself. 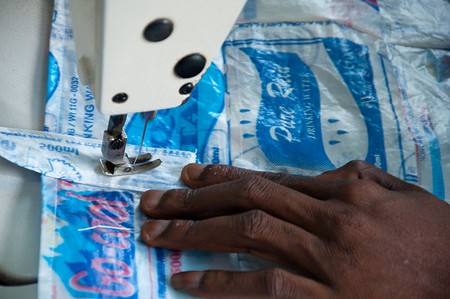 He visits several waste dump sites where he gathers the plastic water bags before taking them away with him for washing and disinfecting, before finally designing them into fashionable products. In an interview, he revealed that, initially, his initiative wasn’t supported by his community, but with time his products have begun to attract attention from curious minds who are wowed by his ability to turn waste into sustainable day-wear. Samson plans to create collection hubs in the future and engage corporate organisations to further his sustainable goals.