How Nigerians Abroad Will Be Supporting Their FIFA World Cup Team 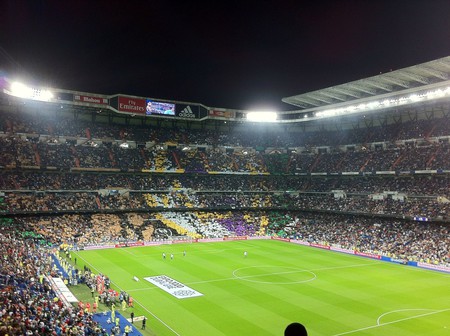 Football is easily the most popular sport in Nigeria. Ever since 1949 when a select group of footballers known as the ‘UK Tourists’ were recruited to tour Europe, the African giant has continued to cultivate homegrown talent known both at home and internationally. As the start to this year’s FIFA World Cup championship draws near, here’s how Nigerians abroad will be supporting their national team, also known as the Super Eagles. 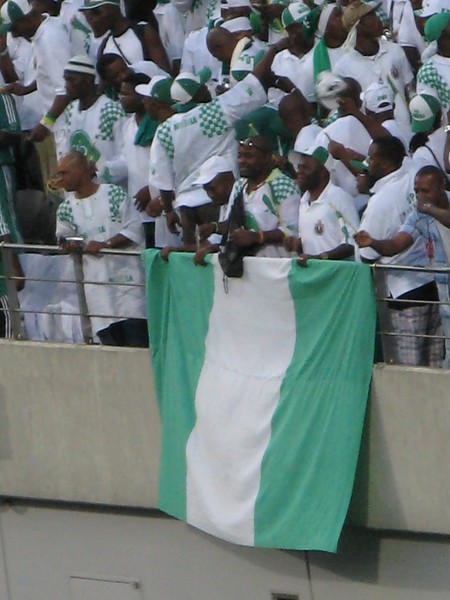 Who are the Nigerian team?

The FIFA World Cup is the biggest single-event sporting competition in the world that is contested by the senior men’s national teams from the 208 Member Associations of FIFA. The tournament was launched in 1930 and occurs every four years (except in 1942 and 1946 when it wasn’t held because of World War II), each time being hosted by a different country from its members.

The Nigerian national team first attended the FIFA World Cup in 1994 and have so far, competed in the finals five times, missing only Germany 2006 since qualifying for their debut in 1994. This year’s finals in Russia will be their sixth appearance.

The Super Eagles are the first side from Africa to reach Russia 2018. This year’s final 23 man-squad is as follows:

A Nation Of Kings & Queens 👑🇳🇬

How are Nigerians abroad supporting the Super Eagles?

One of the biggest ways Nigerians have shown support for their national team preceding the start of the World Cup is by purchasing the world cup kit. Astoundingly, according to the Nigerian Football Federation, 3 million people pre-ordered the new kit for the World Cup. And at Nike’s flagship store in London, a very long queue could be seen on Friday June, 1, 2018, formed by shoppers wanting to get their hands on the t-shirts. It was also announced that the home and away shirts, priced at £64.95, were sold out on the website soon after they were released.

Nike’s football design director, Dan Farron revealed that the inspiration came from tapping into the energy and attitude of the nation which connects the athletes to music, fashion and more. Farron looked to the country’s alternative name, ‘Naija’, for inspiration, noting that it translates to ‘the new Nigeria’. He also describes the home kit as a “subtle homage to Nigeria’s ’94 shirt, with its eagle wing-inspired black-and-white sleeve and green torso”, while the away kit is a “cool, refined vision” of a classic full-green strip.

Our Supporters Are The Best‼️🇳🇬

Where to watch the beautiful game

Another way in which Nigerians abroad will be supporting their national team is by going to pubs and bars to watch and celebrate in any triumphs that may lay ahead. 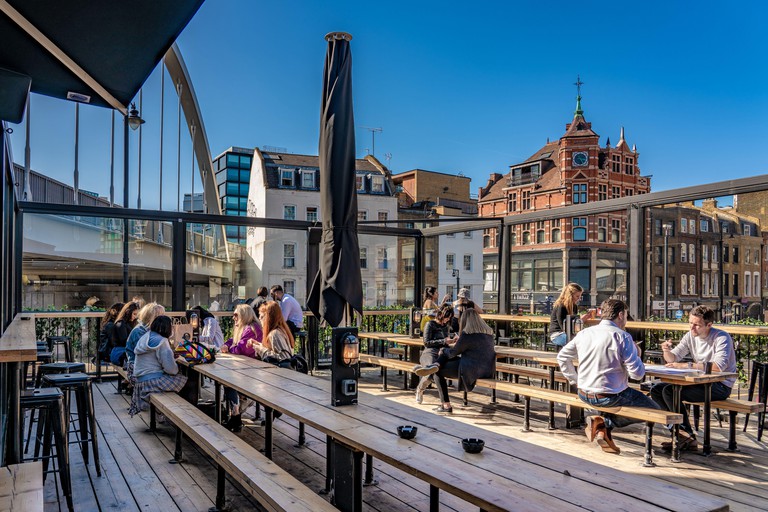 A pop-up mall made of repurposed shipping containers great for independent and global fashion and lifestyle stores and cafés, Boxpark is also known for having one of the best outdoor screenings in London, making it an ideal location to watch the games this year with other supporters.

Another saying which is typically true of Nigerians is that, ‘where there are Nigerians gathered, there’s bound to be a party’. Nigerians are known for their insatiable appetite for parties, and a popular event such as the World Cup is a good reason for one to be thrown! Home gatherings where relatives and friends are invited will be a common occurrence during this period.

Foods to be expected at such gatherings include jollof rice (known to be a source of debate between Nigeria and Ghana in regards to its origins), pepper soup, stewed chicken, egusi soup and snacks such as puff puff, meat pie and chin chin.

Nigerians also love their native brewed beers like Stout and Gulder, and thanks to globalisation, such beers and beverages can be easily bought at local Nigerian shops and restaurants.

With a flagship London restaurant on the Old Kent Road, this spot prides itself on its passion for Nigerian food. Traditional dishes like jollof rice, nkwobi (diced cow foot), chicken suya, jollof rice and the famous monika grilled fish are served with flair and in generous portions, so it’s easy to see why this place is so popular.

What music to listen to

The growing trend of Afrobeats music championed by Nigerian artists is a must to keep up energy levels. A current favourite track played at most parties and events is Issa Goal by Naira Marley featuring Olamide and Lil Kesh, which is apt for the FIFA World Cup and is sure to be on any playlist. The artist published the song on his YouTube channel on December, 17, 2017, dedicating the song to the Super Eagles World Cup 2018 squad.

The FIFA World Cup festivities have already started, with a friendly game between Nigeria and England on Saturday June, 2, 2018 at the Wembley stadium. Unfortunately the Nigerian team lost to England 2 – 1.

However, the Nigerian team and their fans are not deterred from the football fever already taking over in most countries. Armed with the kit, the food and the tunes, supporters round the globe will be cheering on their team with enthusiasm and verve.