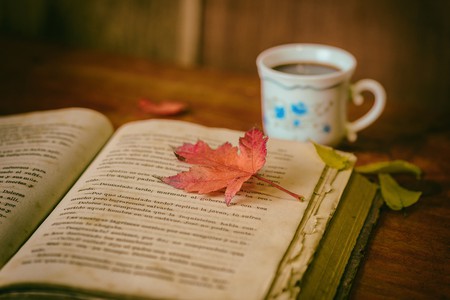 Chinua Achebe and Wole Soyinka are two names synonymous with Nigerian fiction. Yet the literary output of the country is far from limited to these two greats. Here, we look at ten authors whose international success attest to their talent and the depth in contemporary Nigerian literature.

Chinua Achebe is one of the most internationally-acclaimed writers from Africa, and his death in 2013 saw an outpouring of tributes from across the globe. Though he has often been called ‘The Father of Nigerian Literature’, he twice refused the Nigerian government’s attempt to name him Commander of the Federal Republic – first in 2004, then again in 2011 – in protest against the political regime of the country. His first novel Things Fall Apart (1958) is an intimate account of the clash between African native traditions of the Igbo people in southeastern Nigeria and European colonization. Weaving together oral tradition with Igbo folk tales, Achebe’s works reveal a tapestry of cultural norms, changing societal values, and the individual’s struggle to find a place in this environment.

When Wole Soyinka, a playwright, poet and writer won the Nobel Prize in Literature in 1986, Achebe joined the rest of Africa to celebrate the first African to receive the award. Soyinka’s writing often focuses on oppression and exploitation of the weak by the strong. None are spared in his critique, neither the white speculator nor the black exploiter. Wole Soyinka has also played an important role in Nigerian politics, which has at times exposed him to great personal risk. The government of General Sani Abacha (1993–1998), for instance, pronounced a death sentence on him ‘in absentia’. His works include novels such as Aké: The Years of Childhood and Death and the King’s Horseman. You Must Set Forth at Dawn: A Memoir is Soyinka’s own look at his life, experiences, and thoughts about Africa and Nigeria. 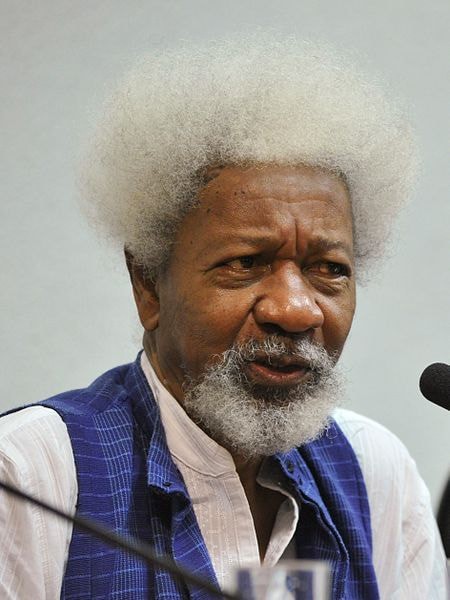 As with many Nigerian writers, Femi Osofisan’s oeuvre – encompassing plays, poems and novels – is informed by colonialism and its legacy, and is a clear protest against corruption and injustice. Nonetheless, his exploration of the themes surrounding the complex history of his country are rarely literal. Instead, Osofisan employs allegory and metaphor, and his writing often has a surrealist bent. His first novel, Kolera Kolej (1975) tells the story of a Nigerian University campus that is granted independence from the rest of the country in order to halt the spread of a Cholera outbreak. His best-known play, Women of Owu (2004) is a retelling of Euripides’ The Trojan Women. Osofisan translates the play to the Ijebe and Ife war that devastated the Owu Kingdom in 1821-26.

Ben Okri is a renowned novelist and poet whose written works defy definition. He is often termed post-modern, yet his seamless interweaving of the spirit world into his stories belies this genre. The author also rejects claims that his work falls into the ‘magical realism’ category, seeing his writing not as a venture into the realm of the fantastic but instead a reflection of an upbringing wherein myths, ancestors and spirits were an intrinsic component. “Everyone’s reality is different,” he once said. His most famous work is The Famished Road (1991), forming part of a trilogy with Songs of Enchantment and Infinite Riches. It chronicle the journeys of Azaro, a spirit-child narrator.

Born in Lagos to Igbo parents, Emecheta moved to London in 1960 to live with her husband Sylvester Onwordi, who had moved there to study. The couple had been engaged since the age of 11, and whilst the marriage produced five children, Onwordi was a violent partner. He even burned her first manuscript, prompting Emecheta to leave him and establish herself as a single mother. Her novels draw heavily from her own life and address gender imbalance and enslavement, and how women are often defined through the narrow framework of sexuality or the ability to bear children. Her most acclaimed work, The Joys of Motherhood (1979), has as its protagonist a woman who defines herself through motherhood and validates her life solely through the successes of her children. Emecheta was awarded an OBE in 2005.

Sefi Atta is a sensitive writer, who broaches polemical themes in a subtle and nuanced manner. Everything Good Will Come (2005), her debut novel, is the story of Enitan, an 11-year-old girl waiting for school to start, and her friendship with the girl next door, which receives little support from Enitan’s deeply religious mother. Set against the backdrop of the military rule of Nigeria in the 1970s, it is at once coming-of-age-tale and quiet campaign against political corruption and the repression of women. Atta is widely known for her radio plays, which have been broadcast on the BBC, and her short stories, that have appeared in a number of journals including the Los Angeles Review of Books.

After graduating from University of Jos in 1995, Helon Habila worked first as a junior lecturer in Bauchi, then as Stories Editor for Hints magazine, before moving to England in 2002 to become the African Fellow at the University of East Anglia. That same year, his first novel was published: Waiting for an Angel is a complex book that interweaves seven narratives, collectively speaking of life under dictatorship rule in Nigeria. The book won the Commonwealth Writers’ Prize in the African region, spurring the author to greater success. His two subsequent novels, Measuring Time (2007) and the latest, Oil on Water (2011) were equally well-received, and the list of awards and honors the Habila has gained attest to his sophisticated and poetic literary voice.

Born in the US to Nigerian parents, raised in Nigeria and now living in Brooklyn, Cole’s upbringing is as varied as his career. Photographer, art historian and novelist, he is also Distinguished Writer in Residence at Bart College, New York. Open City (2011), his debut novel, is set in New York five years after 9/11, and follows Julius, a psychiatry graduate, as he wanders aimlessly first through the city, then through Brussels, rootless and on the rebound from a previous relationship. While the geographical locations play a fundamental role in the novel, the narrative above all reads as a mapping of Julius’ inner world, as the divergent references and meandering associations woven into its structure mirror often inexplicable thought processes. 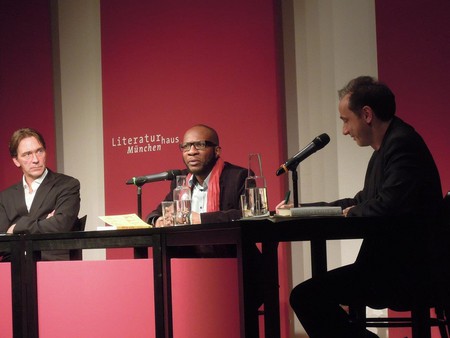 Adaobi Tricia Nwaubani is a novelist, journalist and essayist who from an early age demonstrated an affinity for the written word, winning her first writing prize aged 13. As a journalist, she has contributed to the New York Times, the BBC, the Guardian and CNN, among others. Her debut novel I Do Not Come to You By Chance (2010), is told in a witty and irreverent tone that belies the fundamental issues it addresses. The book’s protagonist Kingsley is unable to find work, and so turns to the shady world of email confidence tricks. The 419 scams are too often cited by xenophobes and racists as the main export of Nigeria, yet Adoabi addresses this contentious issue with humor and lightness, creating a story of family, aspiration and the hard lessons that come with age.

Adichie is part of a new generation of Nigerian authors swiftly growing in reputation. Each of her three novels have garnered universal acclaim and a slew of awards. Her first two books dealt largely with the political atmosphere of her native country through the prism of personal and familial relationships. Purple Hibiscus (2003), winner of the Commonwealth Writer’s Prize for Best First Book, tells the story of the 15-year-old Kambili, whose father is mysteriously involved with a military coup that destabilizes the country. The publication of Half of a Yellow Sun (2006) confirmed the author has a uniquely talented voice. Set amidst the Nigerian-Biafran war, the book chronicles its everyday horrors through the differing lives of its four protagonists. Her latest novel, Americanah (2013), is at its heart an enduring love story between Ifemulu and Obinze, childhood sweethearts who are separated when one goes to study in America. Nonetheless, it still manages to take in such themes as racism, immigration and globalization.