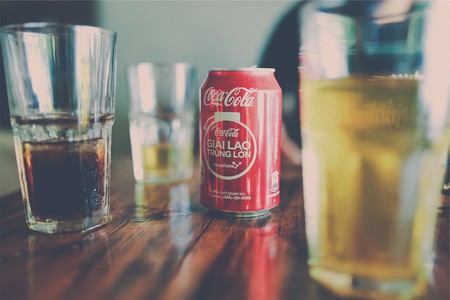 Fanta and Sprite bottles in Nigeria will soon be plastered with written warnings about consuming them with vitamin C, after a High Court ruled that the products could be “poisonous.”

According to CNN, the court found that additives in the popular soft drink, when combined with vitamin C, posed a significant health risk to consumers. The ruling comes as a blow to Nigeria’s National Agency For Food and Drug Administration and Control (NAFDAC), which is tasked with ensuring food and drink products sufficiently meet public health standards.

“It is manifest that NAFDAC has been grossly irresponsible in its regulatory duties to the consumers of Fanta and Sprite manufactured by Nigeria Bottling Company,” Justice Adedayo Oyebanji said, according to CNN. “NAFDAC has failed the citizens of this great nation by its certification as satisfactory for human consumption products … which become poisonous in the presence of ascorbic acid.”

The problematic additives in question include benzene and benzoic acid, which are used in many food products to preserve them and prevent bacteria. At inappropriate levels, benzene is a carcinogen, meaning it has known links to cancer. In 2007, the U.S. Food and Drug Administration (FDA) released data concerning levels of benzene in soft drinks and other beverages. For the FDA’s purposes, only products with benzene levels higher than five parts per billion (ppb) were considered unsafe. Most of the products tested at that time, including Sprite, had levels below 1 ppb.

While it is unclear whether the Fanta and Sprite manufactured in Nigeria have similar levels of benzene and/or benzoic acid, the response to the court ruling from the consumers there has been swift. Many citizens took to social media to voice their concerns. 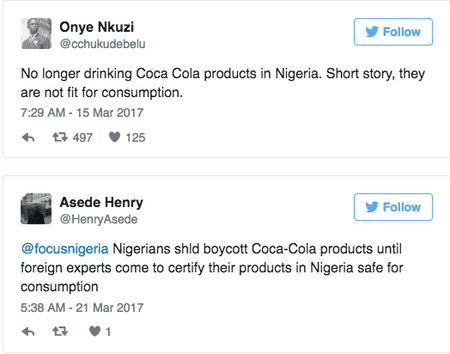 “The Ministry of Health communique could not be more clear that there is no issue with the safety of Fanta and Sprite,” Hamish Banks, Coca-Cola VP for Public Affairs and Communications, Eurasia and Africa, said according to CNN. “The levels of all ingredients in these products, including benzoates and ascorbic acid (Vitamin C), are well within the conservative guidelines of the Codex Alimentarius and the Nigeria Industrial Standards.”