Beyoncé Paid Tribute to This Nigerian Icon at Coachella 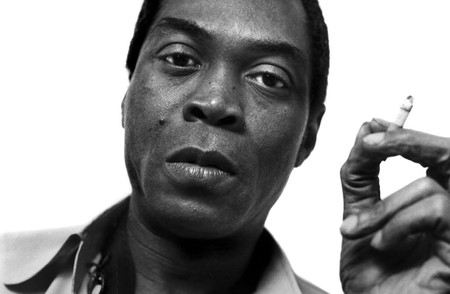 The ‘Lemonade’ singer made history as the first black woman to headline the Coachella music festival. And, as the true queen that she is, Beyoncé shut down the festival with an epic performance featuring guest performances with husband Jay-Z, her previous group Destiny’s Child, and her sister Solange. The accomplishment for the singer and performer is certain to go down in the history books as the greatest performance Coachella has ever seen.

But for Nigerians, Beyoncé’s Coachella appearance was an even more special and significant performance, because Queen Bey and her band paid tribute to the legendary Fela Anikulapo Kuti by performing a rendition of the Afrobeat legend’s classic 1976 track, ‘Zombie.’ She also featured the prolific, award-winning writer Chimamanda Ngozi Adichie’s speech, ‘We Should All Be Feminists,’ which Beyoncé previously sampled on her song ‘Flawless.’

The singer has never been one to shy away from her African roots—she has managed to incorporate the African way of life by adapting trendy fashion choices into her style, and its celebrations into her family life. According to Grammy-winning artist The-Dream, Beyoncé had previously recorded a number of songs inspired by the sound pioneered by late Nigerian singer Fela Kuti.

“We did a whole Fela album that didn’t go up. It was right before we did 4,” said The-Dream wrote in an annotation on the lyrics site Genius.com. “We did a whole different sounding thing, about 20 songs. She said she wanted to do something that sounds like Fela. That’s why there’s so much of that sound in ‘End of Time’.”

The life and times of Nigerian singer Fela Kuti

Fela Kuti was a Nigerian musician, producer, activist, political radical, human rights activist and polygamist. It’s almost impossible to overstate the impact and importance of Kuti’s accomplishments to the global musical platform. He was all that and more, as well as an outstanding showman par excellence and the founder of the legendary Afrobeat genre, which then fused together American blues, jazz, and funk with traditional Yoruba music.

Born in Abeokuta, Nigeria in 1938, Kuti was born to a middle class family of political inclination. His father was a pastor and talented pianist, his mother, Funmilayo Ransome-Kuti was a teacher, women’s rights activist, and political campaigner active in the anti-colonial, anti-military, and Nigerian home rule movement. So from an early age, Kuti was exposed to politics and music in a seamless combination. His parents, however, were less interested in his pursuit of a musical career and more interested in him becoming a doctor, so in 1958 they sent him to study medicine in London. 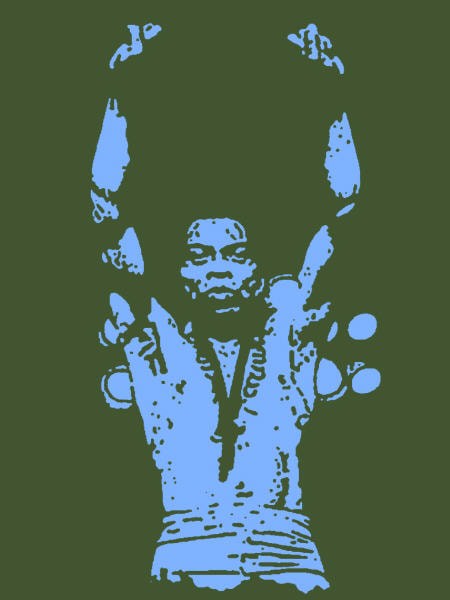 But he soon lost interest, and instead Kuti enrolled at the Trinity College’s school of performing arts. After a while of studying European composers, Kuti got tired and formed his first band, Koola Lobitos, in 1960, and quickly became a prominent name in the London music scene. He returned to Nigeria in 1963 and started a generic version of Koola Lobitos that was significantly influenced by the James Brown-style singing of Geraldo Pino from Sierra Leone. Kuti dubbed the Afrobeat rhythmic hybrid partly to critique African performers, who he felt had lost their originality and style of African musical roots by emulating American pop music trends.

In 1969, Kuti and his band went to Los Angeles to record and tour. While he was in L.A., the music legend met up with a friend, Sandra Izsadore, who introduced him to the writings and politics of Malcolm X, Eldridge Cleaver, and other perpetrators of Black Nationalism and Afrocentrism. Impressed at his discovery, Kuti was politically revivified and decided to change the name of his band from Koola Lobitos to Nigeria 70. He become more politically inclined and actively rendered his voice to the oppressed on his return to Nigeria.

With a lifetime full of achievements and political oppression from the government at that time, Kuti died on August 3, 1997 of complications from AIDS. He is to this day, however, celebrated worldwide as an icon of musical progression.