An Introduction to Nigeria's Igbo People

The Ibo or Igbo people are found in southeastern Nigeria and have many interesting customs and traditions. With a population of around 40 million throughout Nigeria, they are one of the biggest and most influential tribes. Igbos are well-known for their entrepreneurial endeavours, both within Nigeria and around the world. Here’s everything you need to know.

The Igbo people are descended from Eri, a divine figure who, according to Igbo folklore, was sent from heaven to begin civilization. Another account presents Eri as one of the sons of Gad (as mentioned in the book of Genesis in the Bible) who travelled down to establish the present-day Igboland. 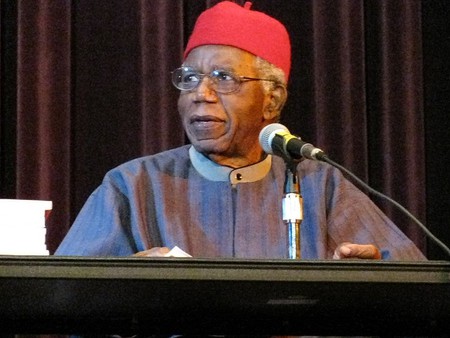 In Nigeria, Igbos inhabit an area referred to as Igboland, which is divided into two sections along the lower River Niger. They live in most or all parts of five states: Abia, Anambra, Ebonyi, Enugu and Imo, as well as minor parts of Delta, Rivers and Benue states. Small Igbo communities are also found in parts of Cameroon and Equitorial Guinea.

As a result of the transatlantic slave trade, Igbos have migrated to other countries including Jamaica, Cuba, Barbados, Belize, the United States among others. Elements of Igbo culture have been found in Jamaican patois – for example the Igbo word ‘unu’ which means ‘you’ is still used, while ‘red Ibo‘ or ‘red eboe‘ describes a black person with fairer skin (a lighter skin tone is common among Igbos). A area of Belize City is called Eboe Town after its Igbo-descended inhabitants. Since the late 20th century, many Nigeria immigrants have gone to the United States, and many of them are Igbos. It is estimated that more than 2000,000 Igbos live in the United States.

The Igbo political system differs significantly from most of its West African neighbours. With exception of a few major Igbo communities which have an Obi (king), Igbos have a traditional republican system of government, which is a consultative assembly of people, which guarantees equality to citizens. This system is a departure from the usual form of government with a king ruling over the subjects. Even though there are title holders who are respected by their achievements, they are never revered as kings.

Many Igbo artefacts were discovered by Thurstan Shaw in 1959 and 1964 at archaeological sites in Igbo-Ukwu, including more than 700 high-quality artefacts of bronze, copper and iron, as well as stone beads, glass and ivory. Igbo bronze artefacts are said to be the oldest in West Africa. Five of the bronze artefacts from the dig are presently in the British Museum. 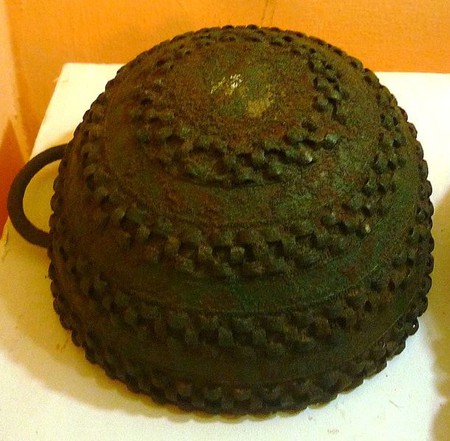 Traditionally, Igbos were mostly farmers, craftsmen and traders – evidence of crafts and metalwork were found in archeological discoveries. A number of the metals used by craftsmen were said to have been from Egypt, providing evidence of trade across the Sahara long before Europeans came to Africa.

The Igbo people’s most important crop is the yam, and it is the reason for the New Yam Festival (Iri Ji) celebrating the harvest of new yams. The yam is also a significant part of a traditional diet and is prepared as pounded yam, eaten with different soups or eaten immediately after being boiled. Igbos are well known for their variety of soups, made from locally grown vegetables, fruits and seeds. The most popular Igbo soups are oha, nsala, akwu, okazi and ofe owerri.

The Igbo people have a traditional religious belief that there is one creator, called ‘Chineke’ or ‘Chukwu’. The creator can be approached through many other deities and spirits in the form of natural objects, most commonly through the god of thunder called ‘Amadioha’. Others gods include ‘Ala’, the feminine earth spirit, ‘Anyanwu’ (meaning ‘eye of the sun’) a deity believed to dwell on the sun, and ‘Idemili’, the water goddess whose symbol is that of a python. After Nigeria was colonized, most Igbos (more than 90%) became Christian, which is still the predominant religion today.

In Igbo culture, a marriage is contracted by the man asking for the woman’s hand from her father, which is the first stage called ‘iku aka‘ (‘to knock on the door’). The second stage and second visit of the groom and his family members to the woman’s family will involve the presence of her extended family, where they must also give their consent. The groom will pay a third visit to pay the bride price and collect from his future in-laws the list of items he will bring to the woman’s family for the wedding. The fourth and final stage is the wedding itself, called ‘igba nkwu‘ or ‘wine carrying’ where the bride will come out to look for her groom (who will hide in the crowd) and offer him a cup of palm wine. The couple is then blessed by the family and well wishers, and celebrations begin.