A Tour of Wole Soyinka's Nigeria 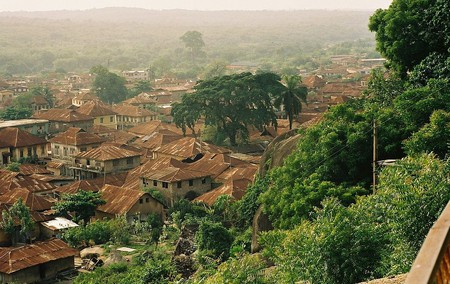 Wole Soyinka is a Nigerian playwright, poet, essayist and activist. In 1986, he became the first African to be awarded the Nobel Prize in Literature. Born into a Yoruba family, he is the second of six children. Here, we dive into his world and explore his background and the places that influenced him, leading him to become one of African literature’s great names. 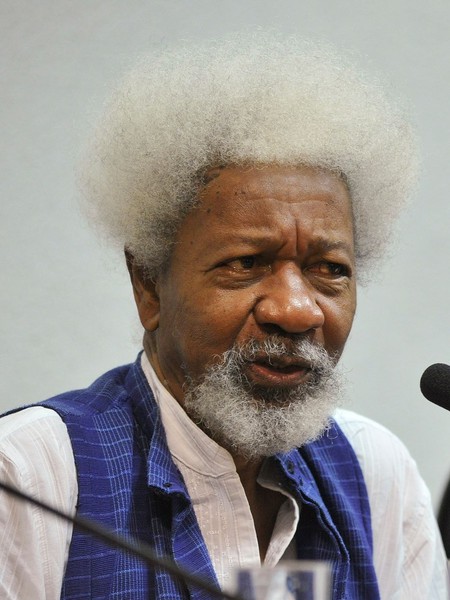 This Yoruba town situated in the southwest of Nigeria is the capital of Ogun state where Wole Soyinka was born on July, 13, 1934. It is also where Soyinka started his formal education at St. Peter’s Primary School where his father was headmaster.

In 1940, he went on to Abeokuta Grammar School, where he won several prizes for literary composition and his uncle was also principal.

In Soyinka’s second memoir, Ake, The Years of Childhood which won a 1983 Anisfield-Wolf Book Award, he writes about his first 11 years as a child growing up in the village of Ake in Abeokuta. In this autobiographical memoir of his boyhood, we get an insight into his life before and during World War II.

Another interesting note about his legacy is that years later, his daughter-in-law from his first son, Lola Shoneyin (author of The Secret Lives of Baba Segi’s Wives) created the annual Ake Art and Book festival.

At age 12, Soyinka left Ake to study at the elite Government College in Ibadan. After graduating in 1952, he furthered his studies at the University College Ibadan which at the time was affiliated with the University of London. There he studied English literature, Greek, and Western history before relocating to England where he finished his degree at the University of Leeds.

In 1959, The Lion and The Jewel was one of his first plays performed in Nigeria at the Ibadan Arts Theatre. And in 1960, The Trials Of Brother Jero followed at the dining hall of Mellanby Hall, University College Ibadan. During this time period he was also chief of the Cathedral of Drama at the University of Ibadan.

Some years after graduating from university in the UK, Soyinka received a Rockefeller Research Fellowship and returned to his alma mater University College in Ibadan for research on African theatre. With the Rockefeller grant, Soyinka was able to buy a Land Rover which aided him to travel across the country as a researcher with the Department of English Language of the University College in Ibadan. 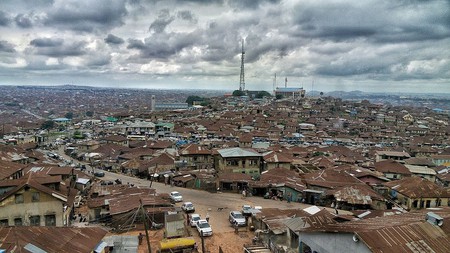 During Soyinka’s last year at University College, Ibadan in 1954, he started work on his first play Keffi’s Birthday Treat, a short radio play for the Nigerian Broadcasting Service.

Ife is a Yoruba city located in Osun State, Nigeria. From 1975 to 1999, Soyinka was a Professor of Comparative Literature at the Obafemi Awolowo University, then called the University of Ife. 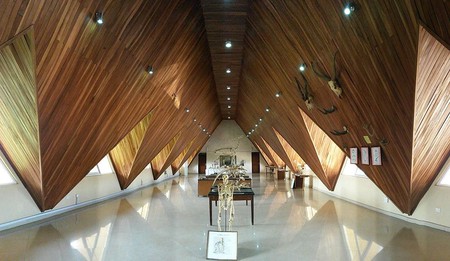 In 2011, the African Heritage Research Library and Cultural Centre built a writers’ enclave in Soyinka’s honour. This cultural centre is located in Adeyipo Village, Lagelu Local Government Area in Ibadan. The enclave includes a writer-in-residence programme that enables writers to stay for a period of two, three or six months to engage in serious creative writing.

Terra Kulture is a privately-owned educational and recreational cultural hub located in Victoria Island, Lagos. The organization aims to promote the richness and diversity of Nigerian languages, arts and culture. Since its inception, Terra Kulture has organized over 200 art exhibitions, 135 plays and 65 book readings. In 2009, it became one of only two art auction houses in Nigeria.

In addition, the playwright and theatre director, Bisi Adigun (a Nigerian based in Ireland) directed Soyinka’s critically acclaimed play Death and the King’s Horseman at Terra Kulture from September, 1 – 4, 2017. In an interview, Bisi Adigun shared his pride in directing the play, as well as his joy to have had Wole Soyinka in attendance at one of the evening shows. 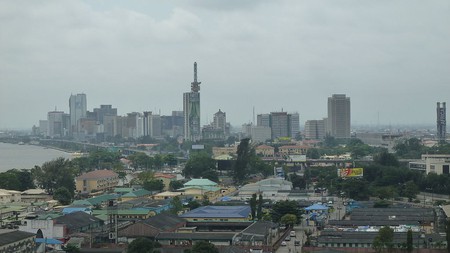 Victoria Island, Lagos | © Open Up Ed / WikiCommons
Give us feedback