A Tour of Chinua Achebe's Nigeria 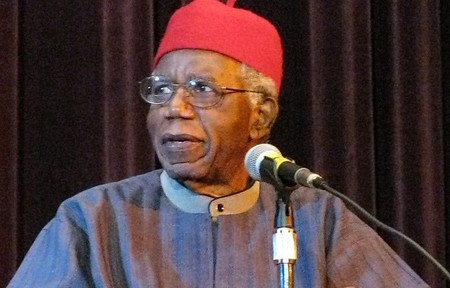 Novelist, poet, professor and critic, Chinua Achebe was one of the pioneers of African literature whose legacy birthed new storytelling on the African continent. We explore some of the locations where this important writer lived, wrote and made history.

One of the founding members of the Mbari Artists and Writers Club, Chinua Achebe was a champion of Africans being able to tell their own stories, in their own way, particularly in regards to the way the ‘white gaze’ often misrepresents African people and their history. His first novel, Things Fall Apart, is not only critically acclaimed, it is also one of the most widely read novels from the continent. His last unabashedly political tome, There Was A Country, interrogated the Nigerian state, Biafra, and the legitimacy of the Igbo people in the country. 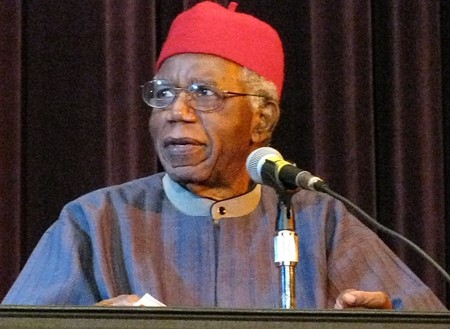 Named Albert Chinualumogu Achebe at birth, he was born in Ogidi, a village in Anambra famous for its Nwafor Festival (a celebration and an appeal to the gods for abundant harvest). His parents were at the crossroads of their spirituality (Christianity and Traditional) when they had him and this had a significant impact on Achebe’s growth as one of Africa’s foremost writers. Chinua got his love of literature and storytelling from his mother and sister, who told him many tales, and from his father, who had books like the prose adaptation of A Midsummer Night’s Dream and the Igbo translation of The Pilgrim’s Progress in their home.

About four kilometres (2.5 miles) from Owerri is Nekede, the village where Achebe got his early secondary school education at Central School. It was during his stay in Nekede that he became intimate with the concept of Mbari – an art form that invokes protection from the gods through symbolism, particularly sculpture and collage – and eventually suggested the name for the artistes and writers club. 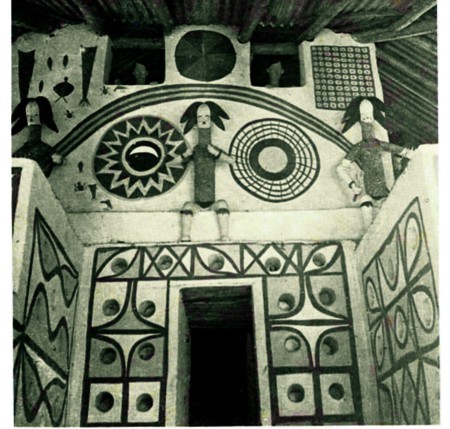 Achebe’s secondary school years were spent in Umuahia, the capital city of Abia State. It was at the Government College that Achebe expanded his horizon concerning written literature (particularly since he’d been exposed to oral literature from home) and he practically lived in the school library. From his biography, he had this to say about the characters in the books he read: ‘The white man was good and reasonable and intelligent and courageous. The savages arrayed against him were sinister and stupid or, at the most, cunning. I hated their guts.’ He suffered a culture shock, particularly with the school authorities, which didn’t allow students to speak in their indigenous languages (referring to it as ‘vernacular‘). The first punishment he received in school was for breaking that rule. 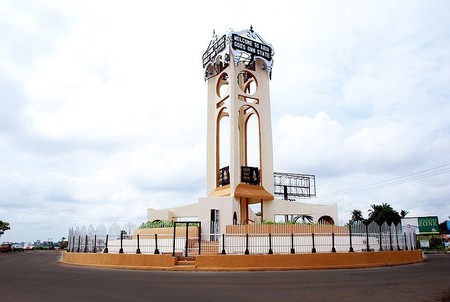 The Abia State Tower, a landmark in Abia State | © Segunfodeke/WikiCommons

Originally admitted with a bursary award to study Medicine at the University of Ibadan, Achebe later changed his major to English, History, and Theology. He decided to become a writer after he read Joe Cary’s work Mister Johnson, and realised that a lot of the writings about Nigerians were full of cultural ignorance, resulting in black characters usually being portrayed as either savages or buffoons. His first work, ‘Polar Undergraduate’, was written during this period, as was his first short story, ‘In a Village Church’. His contemporaries include Wole Soyinka, John Pepper Clark, Christopher Okigbo and Elechi Amadi. 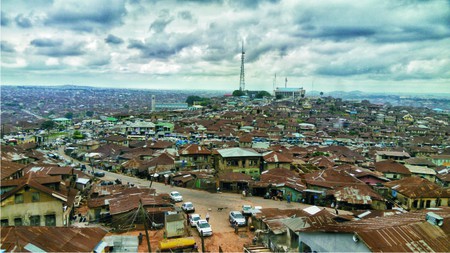 In 1954, Achebe accepted a position with the Nigerian Broadcasting Service (NBS) in Lagos, where he was assigned to the Talks Department. During this period he learned the nuanced differences between written and spoken language. The Lagos Achebe discovered was a conurbation teeming with immigrants from villages. It was in Lagos that he started working on his first novel and where he encountered rejections, as most of the publishing houses he sent his works to claimed there was no market for African writing. It eventually got published in 1958 by Heinemann and has sold over 20 million copies worldwide. It has also been translated into 57 languages, making it one of the most translated works by an African writer. 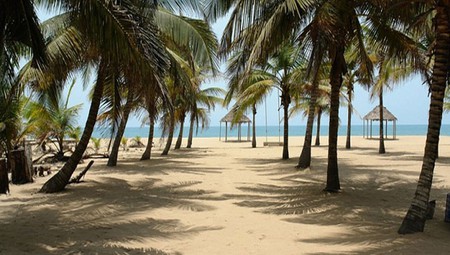 In 1958, Achebe moved to Enugu, due to his promotion at NBS, where he met Christiana Chinwe, the woman he would eventually marry. His second novel, No Longer at Ease, was written during this period. He also started gaining some recognition and got a Rockefeller Fellowship for travel and was able to explore East Africa, where he met Ngũgĩ wa Thiong’o and many other writers. Achebe had been promoted to the position of Director of External Broadcasting at NBS and was charged with setting up the Voice of Nigeria Network. He was also made the General Editor of the African Writers Series, which played a significant role in bringing African stories to the world. 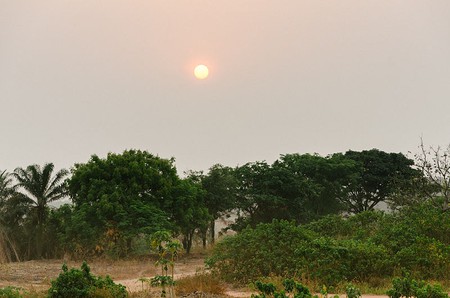 Already disillusioned by post-independence Nigeria, Achebe came under military scrutiny after publishing his book A Man of the People and had to escape to Ogidi with his family. It was during this period that he set up a publishing house, Citadel Press, with Christopher Okigbo. In 1967, the eastern region seceded from Nigeria and formed the Republic of Biafra. There were strained relationships within the Nigerian writing community over the secession, as some people supported it (Wole Soyinka was imprisoned for two years because he met with Biafran officers) while others opposed the idea (J.P. Clark and Achebe had a tiff that lasted years). Achebe and his family narrowly escaped several attempts on their lives during this period. 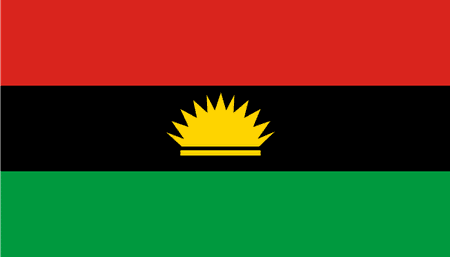 The Rising Sun, the flag of Biafra | Mysid/Wikimedia Commons

After the Biafran war, Achebe took a job at the University of Nsukka and immersed himself in academia. During this period he couldn’t travel out of the country, as his passport had been seized by the Nigerian government for his support of the Republic of Biafra. He lived in Nsukka until his retirement in 1982, by which time he had written several more novels and critiques. He became the editor of Okike and spent a lot of time on the road, lecturing and delivering speeches.

In March 1990, Achebe was involved in a car accident on his way to Lagos that left him paralysed from the waist down. His last publication was There Was a Country: A Personal History of Biafra, published by Penguin Books. On March 21, 2013 Chinua Achebe passed away after a brief illness in Boston, in the United States. He was laid to rest in Ogidi, his birthplace.