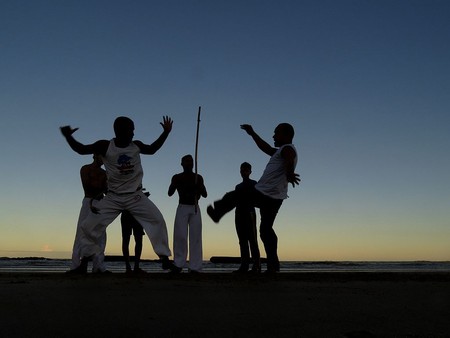 There are a number of unifying factors in this world we can point to which bring people from different ethnic, socioeconomic, and ideological backgrounds, race, interests, and professions together. Sport is a popular one. Another one is dance. The returned refugees in Bangui, the capital city of the Central African Republic (CAR), are fortunate to experience a combination of these two factors in the renowned form of martial art, Capoeira, in a quest to promote a culture of peace and unity in the city.

In Bangui, young boys and men have earnestly taken to capoeira as both a means of health and fitness, as well as a way to prove that although they are tragically surrounded by violence they can set an example of peaceful interactions, and stay above the unpleasant phenomenon threatening to decimate their homeland.

Since 2013, CAR’s economy has been characterized by violent conflicts brought on by the aftermath of a religious coup. As a result of the ongoing crisis, citizens of CAR have been inflicted with a troubling sense of trauma and division.

In the four years that the conflict in CAR has lasted, thousands have lost their lives, with hundreds of thousand more displaced by it. Due to the situation, CAR citizens fled to nearby Democratic Republic of Congo (DRC) in the hopes of securing a more tolerable existence for themselves. It is some of these refugees who fled the country earlier that have returned and brought back with them the art of capoeira, in addition to an attitude of peace and tolerance which they hope to spread throughout Bangui and the rest of the country. 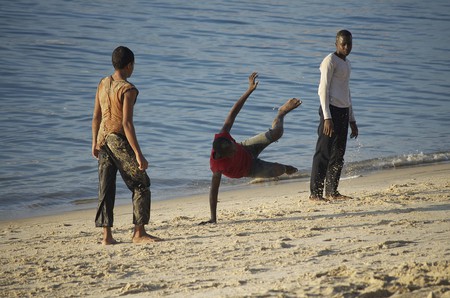 Bangui is one of the most popular locations in CAR for refugees because of the previous presence of camps such as that which existed within the environs of the M’Poko airport. At M’Poko, refugees took shelter in abandoned airplanes in order to survive. While living as a refugee or a displaced person is not exactly anyone’s preferred life experience, living in the Bangui is even more challenging. Healthcare, means of livelihood, education, and other basic amenities are difficult to come by.

Jephte Kassai and his group of fellow instructors seek to use the teachings of capoeira garnered in DRC to heal their communities, improve tolerance, and restore normalcy for all. The UNHCR’s Association for Social Development and Protection for the Environment (ADSSE) introduced capoeira as they practice now to the Mole refugee camp in the DRC where, women, men, and children soon started taking classes. Shortly after this, capoeira achieved cultural status in the camp.

Upon returning to the Bangui camp with his newfound tool for unity, peace, and physical well-being, Kassai, who lost his grandfather and sisters to the conflict in his country, decided to use capoeira to preach the “gospel.”

“For us, it is all about peace. If you touch someone or disrespect your brother, you’ll be penalized. Because in capoeira, you don’t touch, you ask for forgiveness and tell your friend that you’re sorry.” It appears the students at the school in Bangui also feel the same way about practicing capoeira.

“Peace. Togetherness. Love. Respect for others. Self-control.” This is the guiding philosophy of the school which they chant during sessions. Possibly, in a country regrettably ridden with incessant violent conflict, these voices can find a way to let others know how something as regular as a sport can serve as a tool to bring a people, who seem so irreparably divided, together again.