AFRICA
/
NIGERIA
/
Things to Do

11 Top Things to See and Do in Abeokuta 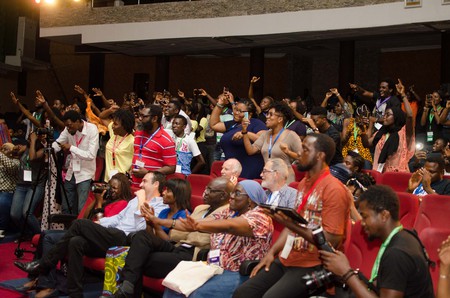 Some people consider Abeokuta town, with her rocky landscape and historical features, a portal between the physical and the spiritual. There are a lot of places and experiences that are worth exploring, that make for great memories and photo-ops, as well as offering a chance to learn more about this historic town.

There’s no way your exploration of Abeokuta would be complete without visiting the largest book festival in Nigeria and one of the biggest in Africa. The first edition of this book fair styled a ‘cultural immersion’ is a festival of ideas – readings, discourses, dance, art and tours. The festival teems with different people, both from the continent and beyond. The festival is the ideal event to visit to get a feel of the direction which Nigerian and international discourses are going in. 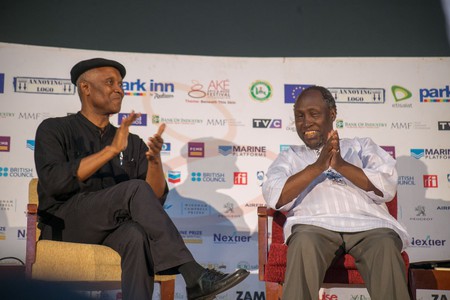 Take photos of the old Abeokuta

The Saros (or Creoles) were freed slaves who emigrated from Brazil and Cuba in the 19th and early 20th century, settling in Nigeria. Their stately homes, reminiscent of the countries from which they came, can still be seen around Abeokuta. Although some of them are rather shabby, the beauty they had can still be seen and photographed.

Take a tour of the Centenary Hall

Built in 1950 to signify one hundred years of peace in Abeokuta, the hall is a delight to explore and offers a lot of opportunities for photo shoots.

There are several colourful markets in Abeokuta, with lots of quaint products on offer. The Kemta Adire Market focuses entirely on the production and sale of Adire (tie-dyed cloth that comes in different patterns and styles), the historical Osiele Market is as old as Abeokuta itself and can buy both foodstuff and herbal remedies for common ailments, while Itoku Market is also one of the oldest in town, and is the place to get great bargains on arts and crafts. 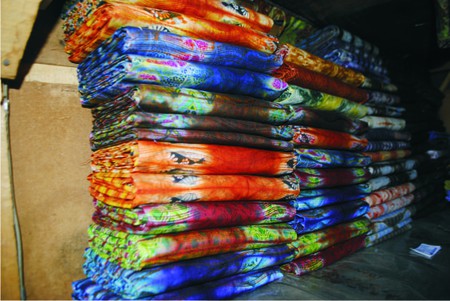 To walk the path of the ancient peoples that lived in Abeokuta, a visit to the National Museum is a must. Boasting relics from the rich past of the town, the museum also offers tours that are both enlightening and fun.

One of the most interesting aspects of Abeokuta is the periodic appearances of the Egungun, believed to be the spirits of departed ancestors and celebrated once a year. One of the most intriguing is the Igunnuko, which is an import from Pategi in Niger State. There are several masquerades that come from different compounds; one of them is Egun Ile Alare, known for its acrobatic feats. 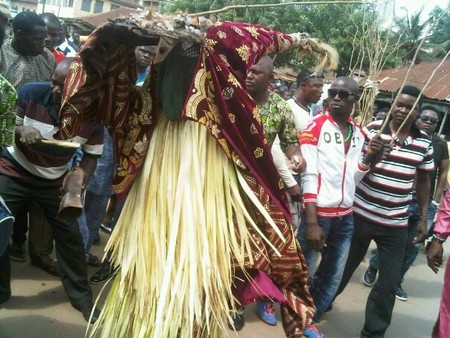 Explore the ancient palace of Alake of Egba

One of the oldest titles in Abeokuta, the Alake is the king of the Egba, who were the original settlers of Abeokuta. The palace is now a monument and museum worth exploring.

Pay homage to the ancestors at the Bilikisu Sungbo Shrine

Located at a 100 mile-long wall, with a moat surrounding it, this shrine offers the curious an opportunity to visit one of the fortresses built during the Yoruba Civil War, potentially used to make sacrifices to the gods for protection.

The most famous landmark in Abeokuta is the Olumo Rock – a hill that served as a hiding place for the Egba people during the slave-taking expeditions of the Yoruba Civil War – and the town itself is named after it, as Abeokuta means ‘under the rock’. There are man-made stairwells that make climbing the rock relatively easy, and along the way are shrines, usually tended to by women, dedicated to different gods. Getting to the summit of the hill is worth the climb, for it gives you the aerial view of the whole town, lying in the valley, and of the Ogun River, snaking its way through the forests that surrounds the town. 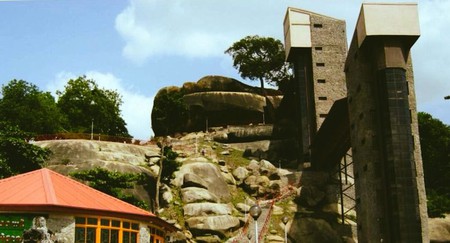 A side view of Olumo Rock | wikimedia.org

The Oyan River is a tributary of the Ogun River and was dammed in 1983. Take a visit there and observe as a fine example of what can be achieved when humans work with nature.

The Omo Forest Reserve is a delight to nature enthusiasts and tourists interested in the vegetation of Nigerian forests, with over 800 species of flora and diverse fauna. Within its periphery is a block of 400 hectares (988 acres) of land designated ‘virgin forest’ by the government. There are diverse birds that have made this forest their home, and you can take a canoe ride down the Owena River.