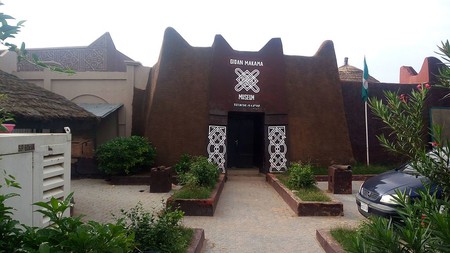 As a tourist, regardless of whether or not you’re a history or art lover, it is recommended that you visit the local museum at your destination. If Nigeria happens to be your latest destination—temporary or permanently—below are ten of the country’s top museums in ten of its most popular cities. Mini caveat: The conditions of the museums may or may not be at their best as at when you visit, but be reminded; you’ll learn a lot. 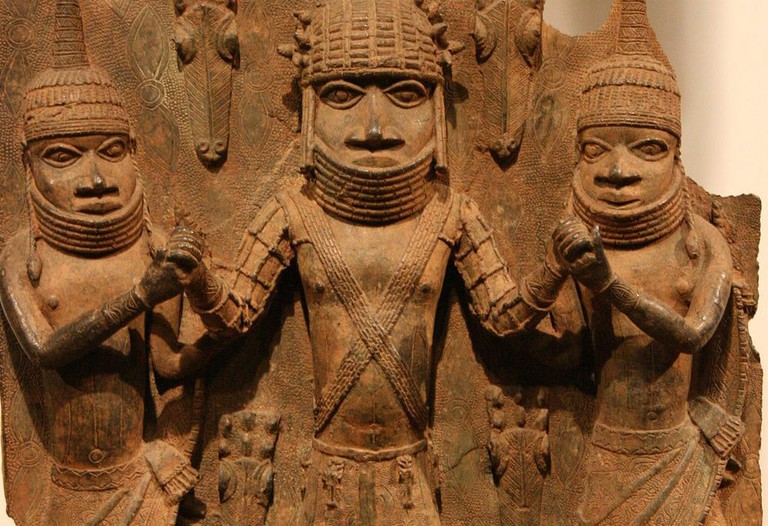 Benin brass | © Michel wal / WikiCommons
This museum is home to a large number of Nigeria’s terracotta, bronze, and cast iron artifacts. In the 1940s, what was then the museum was privately located in the Oba’s Palace. It was relocated in the 1970s and became a public center. The museum holds three galleries.

The Benin people were famous for their iron and bronze casting skills. Unfortunately, some of the relics from this time in the city’s history can only be viewed in pictures, as a result of a British offensive in 1897.
Open In Google Maps
Ring Road Roundabaout, Benin City, Nigeria
Give us feedback

Museum
Facebook
Email
Twitter
Pinterest
Copy link
Share
Map View
This museum wasn’t even built in Nigeria. It was shipped over here in pieces from Scotland, through Morocco, to serve as headquarters for the British colonial administration. The Old Residency Museum is truly rich in historical knowledge of Nigeria in pre-colonial and colonial times, particularly with regards to the affluent palm oil trade, as well as the slave trade era. A collection of “ritual terracotta” can also be found at the museum.

This museum is Nigeria’s first, established in 1945. Its most renowned collection is its soapstone figures (said to be the largest in the world, with about 800 of them). You most likely will hear an interesting legend about the mysterious discovery of the collection upon your visit.

Esiẹ Museum is composed of both old and modern galleries with a combined number of around 2,000 artifacts. The modern gallery was built to accommodate other artifacts besides soapstone figures from different regions in Nigeria. Every April, the museum hosts a “monument festival” to celebrate its cultural history.

The Jos Museum is the second museum to be established in Nigeria after the Esie Museum, and was in fact originally the country’s national museum. Built in 1952 and located within the city’s hill resort, it is notable for its architectural arrangements and rich collection of exquisitely crafted pottery and ancient Nok terracotta sculptures.

Also on display are exhibitions of the tin mining and rail systems from Colonial Nigeria. The museum was founded by British archaeologist Bernard Fagg.

Museum
Facebook
Email
Twitter
Pinterest
Copy link
Share
Map View
One interesting thing about this museum is its live craft feature, which allows visitors to watch local craftspeople and artisans working in real time. Crafts, archaeology, and ethnography are central to the museum’s existence. It was established in 1975 and also contains artifacts from the Nok and Igbo-Ukwu cultures.
Open In Google Maps
City Centre, Kaduna, Kaduna, Nigeria
Visit Facebook page
Give us feedback 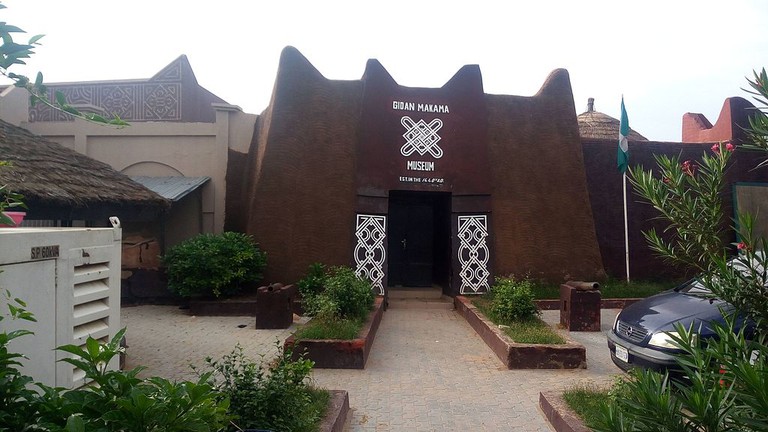 Gidan Makama Museum, Kano | © Wikimedia
The Gidan Makama Museum, or Kano Museum, is one of Nigeria’s National Monuments. The 15th-century building—which was once a palace—consists of 11 galleries which showcase different aspects of Kano and its history, including its architecture, civil war, music, and religion. Kano itself is West Africa’s oldest city and Nigeria’s second largest.

The museum’s architectural design is perhaps its most respected characteristic and achievement. Prominent amongst its exhibitions are ethnographic collections of the Hausa people and photographic documentation of the city.
Open In Google Maps
Emir Palace Road, Kofar Dan Agudi, Kano, Kano, Nigeria
+2348035328465
Visit Facebook page
Give us feedback 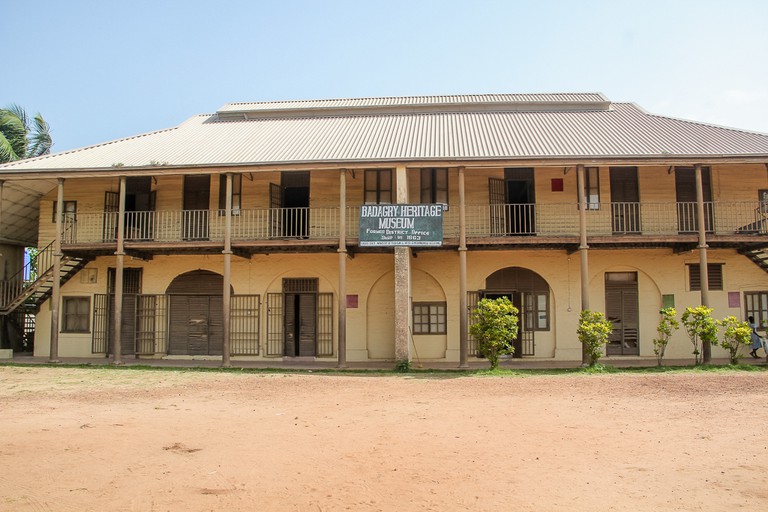 Badagry Heritage Museum | © Wikimedia
The most distinct feature of this museum is that it preserves relics and has reliable documentation of events from the Transatlantic Slave Trade era, while also showcasing the history and culture of the Badagry people along the coast, before, during, and after the period.

The one-story building built in 1863 houses eight galleries, all of which are named after the main periods of the slave era and form an interesting timeline for visitors. Both the museum and its immediate surroundings—such as the other family-oriented museums lined up on the street—make for a fascinating field trip.
Open In Google Maps
Lander Road, Marina, Badagry, Lagos, Nigeria
+2348081700002
Visit Website
Visit Facebook page
Give us feedback

Museum
Facebook
Email
Twitter
Pinterest
Copy link
Share
Map View
This museum is one of Nigeria’s most notable ones based on the caliber of Nigerian artworks and artifacts in it. Examples of the art it showcases are the “Jemaa Head” terracotta, the Benin ivories and bronzes, and the Cycle of Life exhibit. It was founded in 1957 by English archaeologist Kenneth Murray.
Open In Google Maps
Onikan Road, Lagos Island, Lagos, Lagos, Nigeria
Visit Facebook page
Give us feedback

Oron Museum is home to some of the oldest wood carvings in the continent (known as “Ekpu”) as well as relics from the Nigerian Civil War, including Ojukwu’s bunker. It was initially established from 1958-59, but was lost to pillaging during the war. It was revived in 1975 and currently exhibits recovered wooden figurines, the cultural heritage of the local people, as well as other rare craftwork and ethnographic materials. 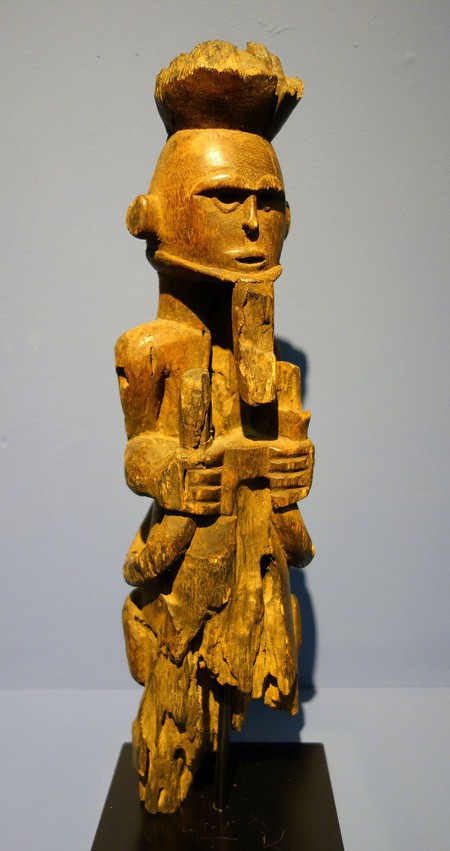 Museum
Facebook
Email
Twitter
Pinterest
Copy link
Share
Map View
The Civil War in Nigeria that lasted from 1966 to 1967 remains one of the most unpleasant events in the country’s history. In 1985, the National War Museum was founded in honor of the casualties and those who fought, as well as other victims of violent conflicts in Nigeria. It displays relics from the war including armored tanks, warships, local bombs, and more, as well as serves as the center for research on warfare in the country.

It is Abia State’s most significant tourist attraction. It is located at the former bunker that housed the popular war radio station “Voice of Biafra.”
Open In Google Maps
National War Museum Road, Umuahia, Abia, Nigeria
+2348035927567
Visit Facebook page
Give us feedback

You can also check these out: