Unique Things For a Foodie to Do in Namibia 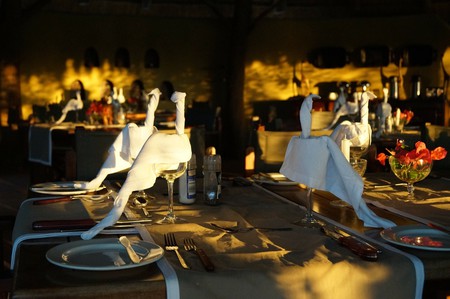 With an annual rainfall that could probably fit into a British teacup and temperatures that send heat waves rising up from the sand, it’s not surprising that fresh fruit and vegetables are a little on the scarce side in Namibia. That been said, Namibians most certainly know how to cook a delicious cut of meat and the icy cold water of the Atlantic Ocean produces succulent seafood second to none. Read on for some food inspiration.

American Apple Pie in the Namib 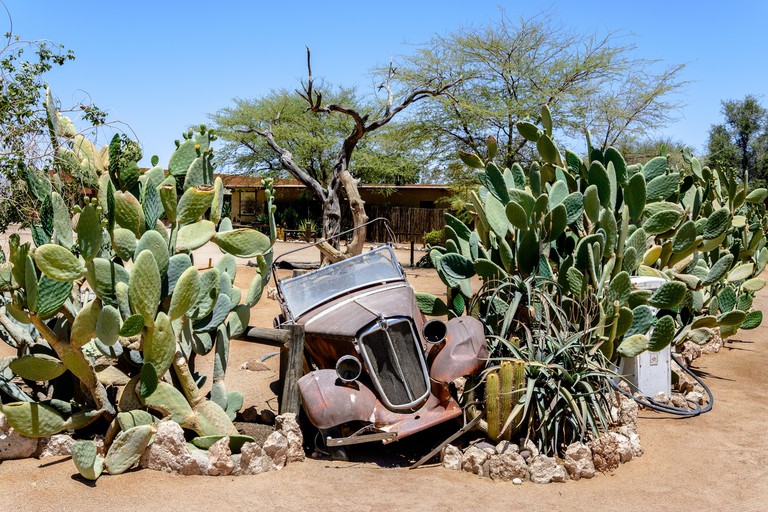 The quirky settlement of Solitaire | The quirky settlement of Solitaire
It has been called the stuff that legends are made of and, indeed, Moose McGregor’s apple pie has become an iconic Namibian sweet treat. Although the man himself has passed on, his apple pie recipe (a family secret) is still used and these crumbly, cooked to perfection confectioneries fly out the door every day. The Moose McGregor Desert Bakery is located in the tiny pit stop of Solitaire, a wacky and cool setting with derelict, old cars planted in the sand.
Open In Google Maps
Unit D C14 & C19 Junction, Solitaire, Namibia
+26463293621
Visit Facebook page
Give us feedback

Best eaten raw and straight out the shell with a squirt of lemon juice and dash of Tabasco, Namibian oysters are some of the plumpest and tastiest around. They are found along the coastline from Luderitz to Swakopmund and pulled fresh out of the sea on a daily basis. The chilly Benguela Current that channels down the Namibian coastline is just what oysters need to thrive and flourish and Namibia’s oysters are exported all over the world. 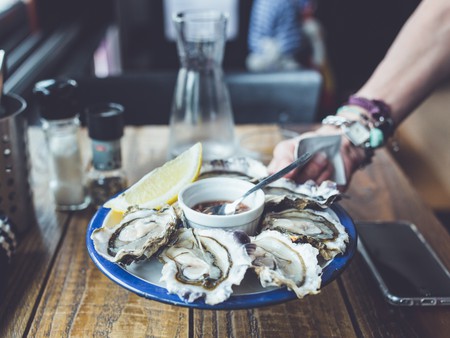 Get your fungi fix

The omajowa mushroom is a wild Namibian delicacy and foodies have but a small window of opportunity to sample one, as these giant domes only spring up once a year after the first summer rains. They grow predominantly on termite mounds with some so big they could easily act as a sun hat! Demand outweighs supply and locals work themselves into quite a frenzy when these huge delicacies sprout. Omajowa mushrooms are usually served lightly pan-fried in butter. 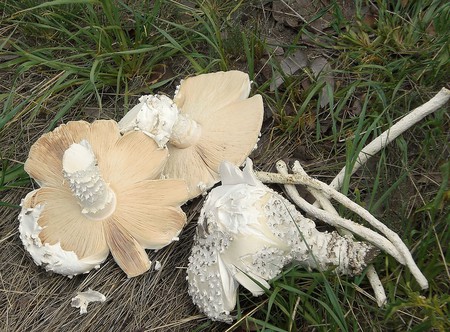 Grab a bag of game biltong

Biltong is a famous southern African dried meat, and eating it is more of an event than just a snack. South Africans like to munch on it while watching sport, so much so that rugby and biltong are almost a national pastime. Namibia’s obsession with the yummy treat comes in at a close second, and the dry, hot climate of the country presents the ideal conditions for curing the meat. Game biltong such us kudu, gemsbok (oryx), springbok and eland is particularly good here and also low in fat. Easy to find on any shelf, pair with an icy draught or a crisp chardonnay. 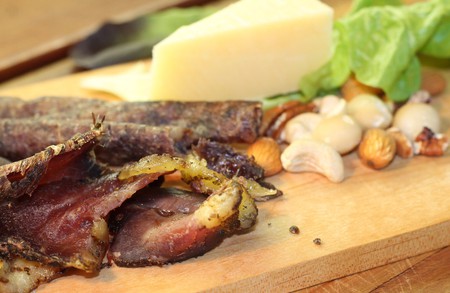 Throw the Banting Diet out the window

Going to Namibia and not trying brötchen is akin to standing in the desert and expecting rain. It just doesn’t make sense. Brötchen is a small, usually round, German bread roll and in Namibia it seems to have a unique taste all of its own. Slather hot rolls in generous layers of butter as a snack before dinner or stuff with ham and cheese for a lunch-time bite. No matter how you eat it, you just have to have one. 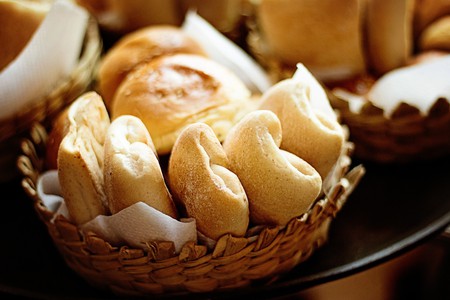 Fall in love at Cramer's 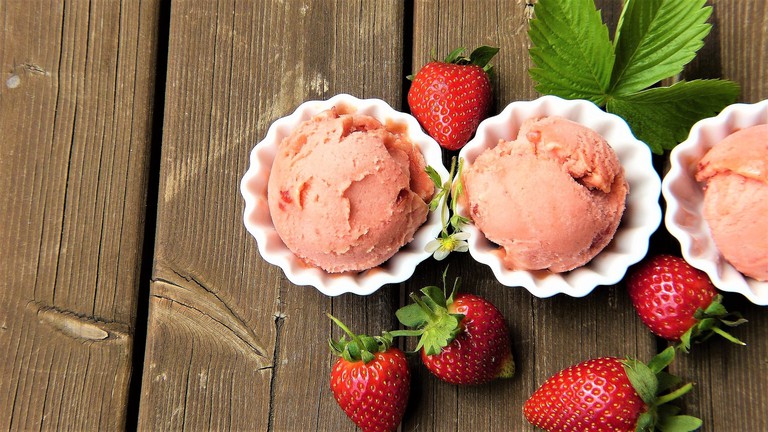 Namibia’s serious attitude towards meat makes it one of the best places in Africa to sample venison. Delicacies such as springbok carpaccio, wafer thin slices of raw meat served with shavings of Parmesan cheese, char grilled ostrich fillet, and oryx loin chops are some of the specialties that carnivore-loving visitors will be tempted to try. 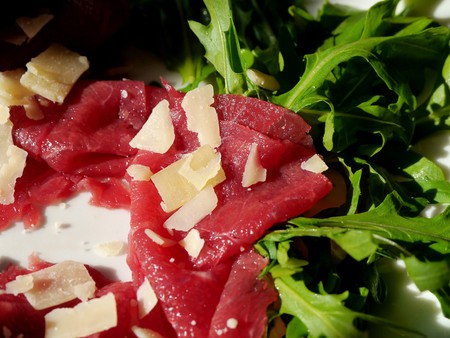 Carpaccio with rocket and parmesan | © jhusemannde/Pixabay

Head to Katutura for kapana

Kapana is a popular street food here and the Katutura area of Windhoek is the place to get it. Small pieces of meat, usually beef, are cooked over open flames and served hot off the grill. Traditionally, the meat is cut with a machete and cooked and prepared by men, and socialising is also an important part of the process. Mingle with the locals while waiting for your take away. 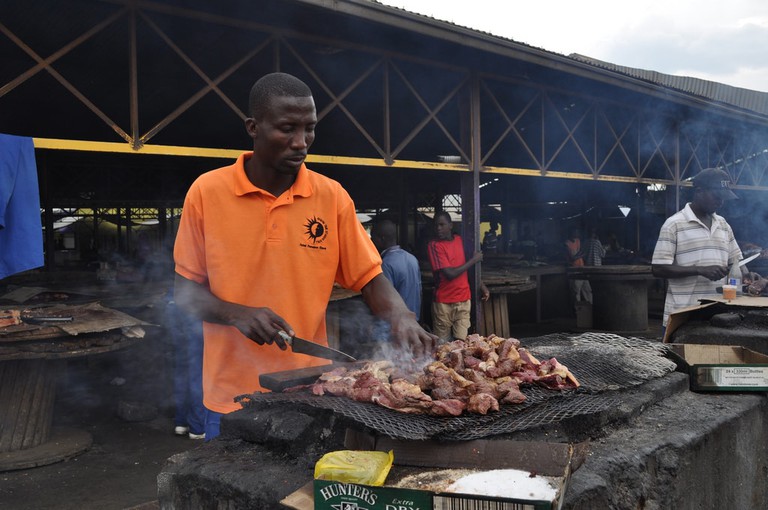 While visitors will be hard-pressed to find a Namibian who is not a big fan of red meat, the locals are also fond of their seafood. So fond, in fact, that the seaside town of Luderitz throws a crayfish festival every year. The west coast rock lobster that favours Namibian waters is a superior quality crayfish, easily distinguished by its long, thick, spiny antennae and lack of claws on the first four pairs of walking legs. Fortunately, this delectable creature is readily available at any time of the year, and not just when the festival takes place.

Owambo chicken, also known as roadrunner, marathon or athlete chicken, is a traditional dish that revolves around three main elements. The first is a bird of the free-ranging kind that has very little fat. The second is the cooking time, a relatively long two to three hours, in a pot of boiling water. The last essential element is Marula oil, a traditional ingredient. The dish is named for the Oshiwambo people of Namibia who have reared chickens for hundreds of years and mastered its succulent preparation. 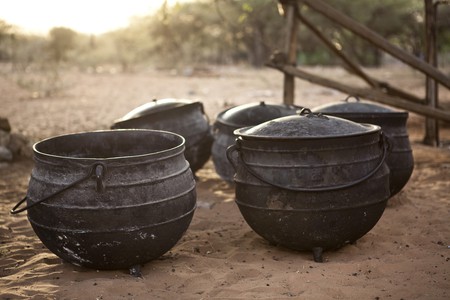 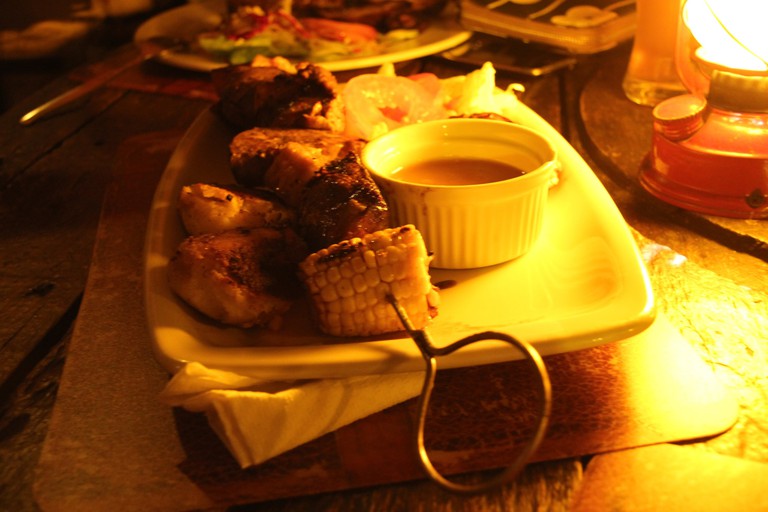 Joe’s Beerhouse | Joe’s Beerhouse
Ask anyone where to eat in Windhoek and nine times out of ten the answer will be Joe’s Beerhouse. The quirky restaurant has a distinctly African feel and offers diners a slice of the real Namibia. From German eisbein and oryx schnitzel to authentic African dishes, you can sample it all at Joe’s. Although vegetarians are catered for, Joe’s Beerhouse takes their meat seriously, so those that love a cut of juicy steak will not be disappointed.
Open In Google Maps
160 Nelson Mandela Avenue, Eros Windhoek, Namibia
+26461232457
Visit Facebook page
Give us feedback