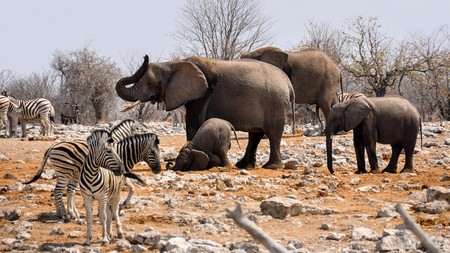 The Namib desert is the oldest and one of the driest in the world. In its brutal and inhospitable environment, temperatures can range from searingly hot to bitterly cold within 24 hours. Often nothing but sand can be seen for miles, and yet, the Namib desert is home to some of Africa’s most striking wildlife. These animals have evolved and adapted over the years to survive this unforgiving desert, and thus form a unique part of the Namibian experience.

The oryx, or gemsbok as it is locally known, is found throughout Namibia, and also features on the country’s coat of arms. These large and striking antelopes thrive in Namibia’s harsh desert conditions with an ability to conserve water, and withstand temperatures that would normally kill other animals. The oryx’s behaviour patterns are geared towards conserving water and energy, while its light coat acts as a heat deflector. 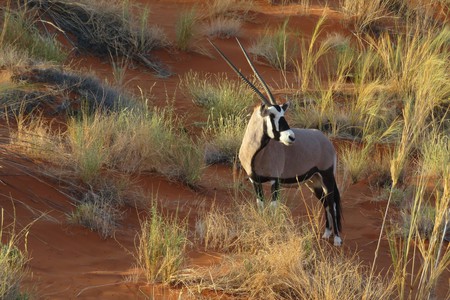 Namibia’s unique and rare desert dwelling elephants are mainly found roaming the sandy, dry plains of the Kunene region. Usually elephants need plenty of water to survive, however, adaptations such as leaner bodies, larger feet (to walk easily in sand), and longer legs allow these elephants to survive for up to three days without water. Males are solitary while groups comprise a matriarch, other females and young ones. 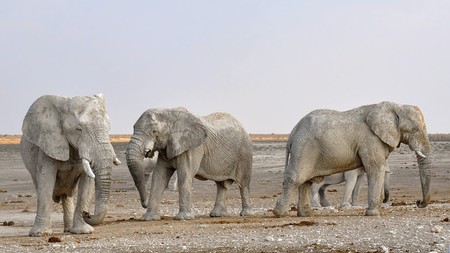 The Dik Dik is the smallest antelope in Namibia, and has an average height of 30–40 centimeters (12–15.5 inches). Its elongated snout prevents overheating. Dik Dik is largely monogamous which is believed to be an evolutionary response to predation, as its small size makes wandering off to look for a mate a life-threatening endeavour. 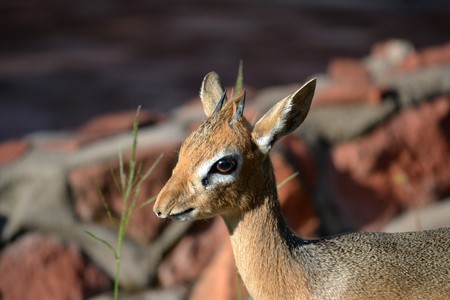 This little creature is found particularly in the Namib desert. What’s fascinating about this shrew is that it doesn’t need to drink water at all, and takes all the moisture it needs from food. The Round-eared elephant shrews eat soft shoots, plants, ants, termites and spiders, and communicate with each other by drumming their feet on the ground. They store food in their cheeks, which is a characteristic not found in any other varieties of shrews. 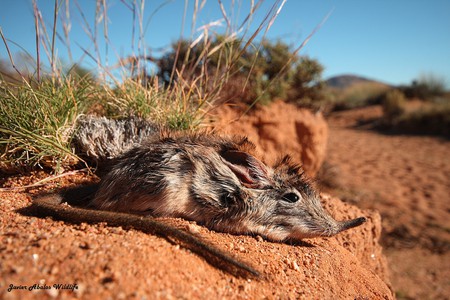 The Namaqua may seem laid-back at first glance, however, it is the fastest chameleon on earth. This amazing creature starts its day by basking in morning sunshine to get the metabolism going. But when the heat gets too much, it transforms its colour to a lighter shade to reflect the sun. The Namaqua acquires most of the moisture it needs from eating locusts, beetles, lizards and even small snakes. 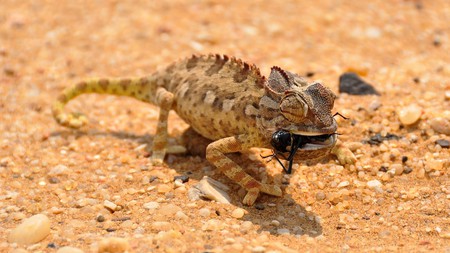 Desert rhinos are loners by nature, unlike black rhinos that are usually found in small groups. They have slightly longer and thinner horns that allow them to forage in barren environments. Calves usually stay with their mothers for about two and a half years. This duration allow the mothers to teach their offspring how to survive in Namibia’s desert climate. 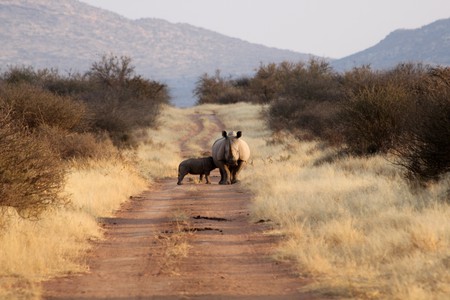 Just like a ghostly mirage that emerges from a dusty landscape, Namib’s wild horses are intriguing and haunting. Although their origins are unclear, it is said that they are a remnant of German colonisation. The feral horses number between 90 and 150, and are a popular tourist attraction in Aus. 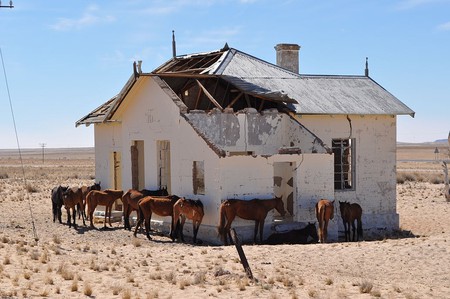 Namibia’s desert adapted lions don’t look much different from normal lions, however, their evolution has allowed them to survive in conditions where other lions cannot. These predators have little need for water, and receive most of their moisture from their prey. They also have the ability to travel great distances in search of food, and their thicker coats keep them protected when desert temperatures plummet at night. 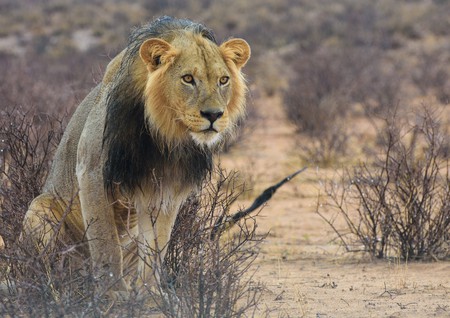 These smart little beetles have figured out an ingenious way of collecting liquid in the dusty desert surroundings. Early morning, when the cold sea water brings fog to the Namibian coastline, these beetles arrive for some morning gymnastics. Tilting themselves at a 45 degree angle, something like a headstand, fog beetles spread out their wings against the damp breeze and collect water off their body to drink. 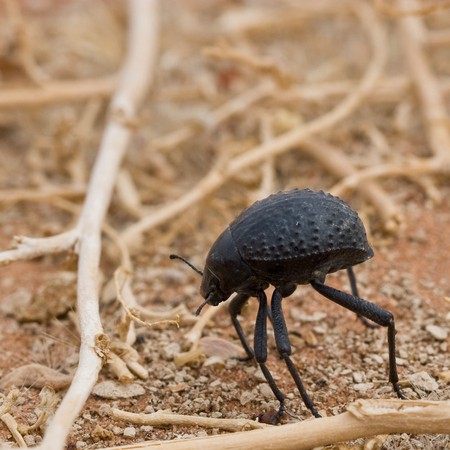 Namibia is home to a large portion of the entire planet’s cheetah population, and is a fantastic place to seek out these highly endangered cats. They are often found along the fringes of the desert, and like desert-adapted lions, receive most of their water intake from their prey. Females are solitary while males tend to hunt in packs. 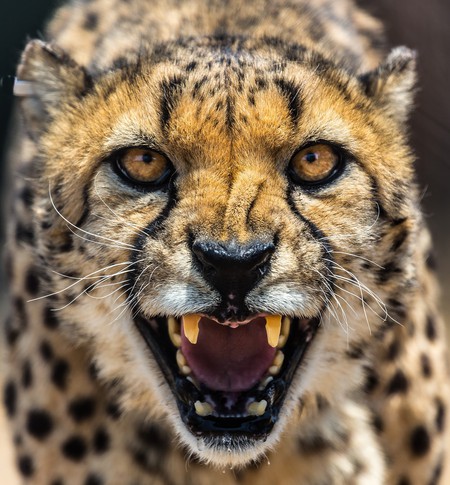 Cheetah giving a warning growl | © DrZoltan/Pixabay
Give us feedback