Namibia: The Land of World-Famous Beer 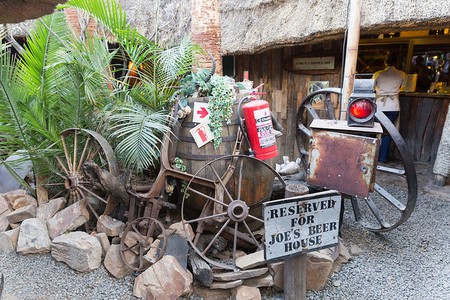 With Namibia being home to beer-filled events and an emerging craft beer market, hese are the best places to try locally-brewed beers.

Namibia is famous for a number of things: its fantastic scenery, incredible wildlife, and its award-winning beer. If you meet a Namibian and ask what makes them most proud of their country, beer is likely to be among the cut.

Going into a local bar – or shebeen, which are small bars in the informal settlements usually built from corrugated iron – you’re most likely to find people drinking beer. With Namibian weather usually being dry during very hot summers with temperatures up to 40C, beers are always served ice-cold –anything warmer is considered a disservice to beer-lovers. 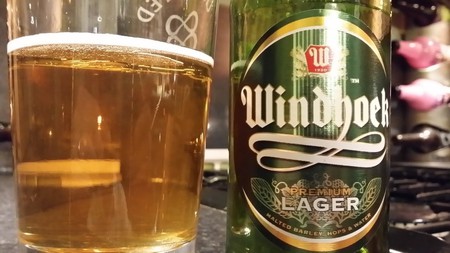 One of the most famous Nigerian beers found in pubs across the world is Windhoek Lager. It’s among the nation’s most popular beers, earning international recognition and winning gold at The International Deutsche Landwirtschafts Gesellschaft (DLG) for 10 years running (2007–2016). Brewed in the country’s oldest brewery, Namibia Breweries Limited (NBL), with a simple recipe of malted barley, hops and water, the beer is rooted in the NBL’s preference for the German purity law of 1516, the Reinheitsgebot. This is perhaps what makes its three variants – Windhoek draught, light and lager – popular across the world. Tafel Lager and the Canadian brew Carling Black Label are other firm favourites.

A festival that celebrates authentic German traditions and local brews, Oktoberfest is the biggest event on the social calendar for any beer connoisseur. The spirit of Bavarian culture takes over wherever the venue, and beer is bountifully available on tap. Coming back for its 60th edition this year, the event has been so popular that it’s now also hosted in Cape Town, South Africa. A special beer is usually also brewed for the event by an experienced and qualified brewmaster. 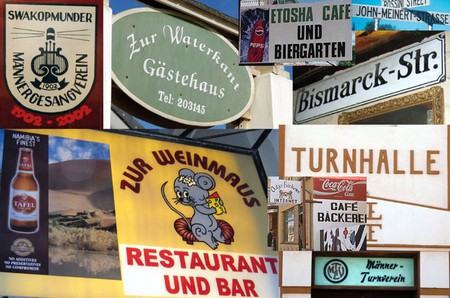 It’s no surprise that NBL was quick to join the craft beer phenomenon in recent years, with the brewery adding the new-look CamelThorn range, Helles and Weiss to their list of craft brews. Namibians are generally catching on to the trend, but craft beer is only mostly enjoyed by a small number of beer drinkers with the majority still loyal to traditional brands. Windhoek hosted its first craft beer festival on September 8, 2018, where visitors were treated to the best craft beer currently available on the Namibian market.

The best places to drink beer in Namibia 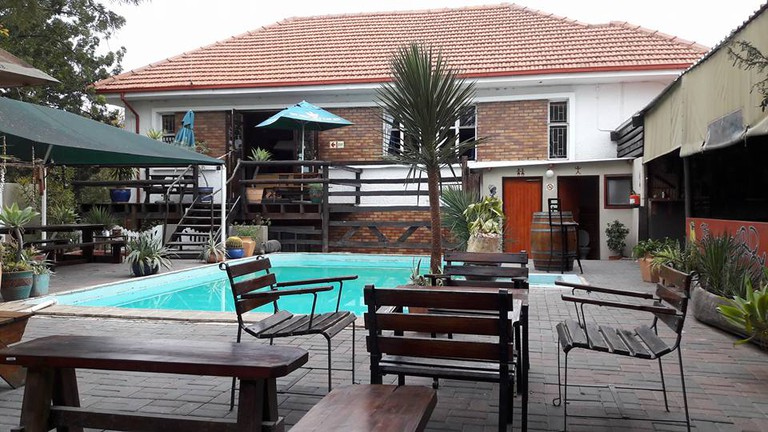 For the backpacker, Cardboard Box is centrally located, just walking distance from the Windhoek CBD. You’re bound to meet fellow travellers as well as locals, in an environment that’s carefree and relaxed. This backpacker’s hostel offers breakfast and a bar that’s open to locals as well. There’s not a vast range of beer on offer, but you’ll find the most popular brews like Windhoek and Tafel Lager in stock. 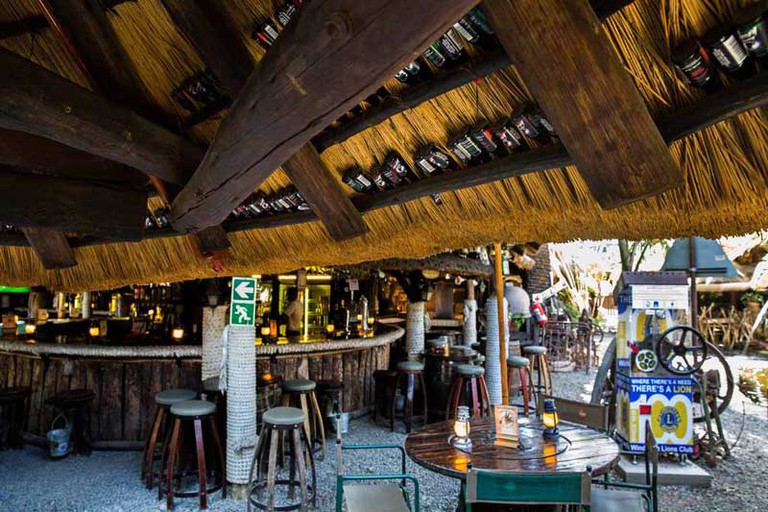 You’ll find the widest and best selection of Namibian and imported beers at this family-friendly spot. The menu is impeccable: on it, you’ll find a wide variety of Namibian cuisine with a German twist, and the best steak in town served in supersized portions. An assortment of snack platters and vegetarian dishes is also available. Joe’s prides itself on having a wide selection of premium Namibian and international beers served whether on tap, or in bottles and cans. 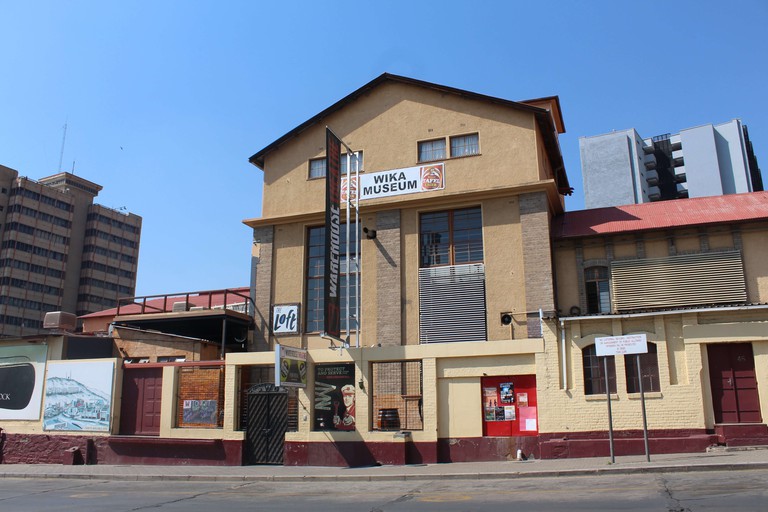 The old brewery complex is an entertainment hub that houses the Boiler Room, a popular spot for sundowners in Windhoek | © Boiler Room

Situated where Windhoek’s first brewery was located before it moved to an industrial area, the Warehouse Theatre Boiler Room is the heart of culture in Windhoek. Happy hour beer prices are among the cheapest in town, and you can enjoy a selection of musical performances (for free) while downing a cold one. While their selection of beers is not the widest in town, you’re promised an ice-cold one at any time of day. These can be paired with the Boiler Room’s famous in-house pizzas and light meals.

What can be described as Namibia’s equivalent to Long Street Cape Town, Evelyn Street is situated in the biggest township in Windhoek and is lined with shebeens of all sizes. Safety is of utmost importance here, but it’s one of the best places to go to if you’re looking for a good time downtown. With the cheapest beers and in close proximity to small home restaurants serving traditional food, Evelyn Street is one of the few places where you’ll have a true experience of Namibia’s nightlife. The vibe here can also be compared to Cape Town’s famous Mzoli’s – but think Mzoli’s on a larger scale and stretching over a kilometre with dozens of shebeens. Don’t expect any fancy brews here, though, as only the popular brands are readily available. 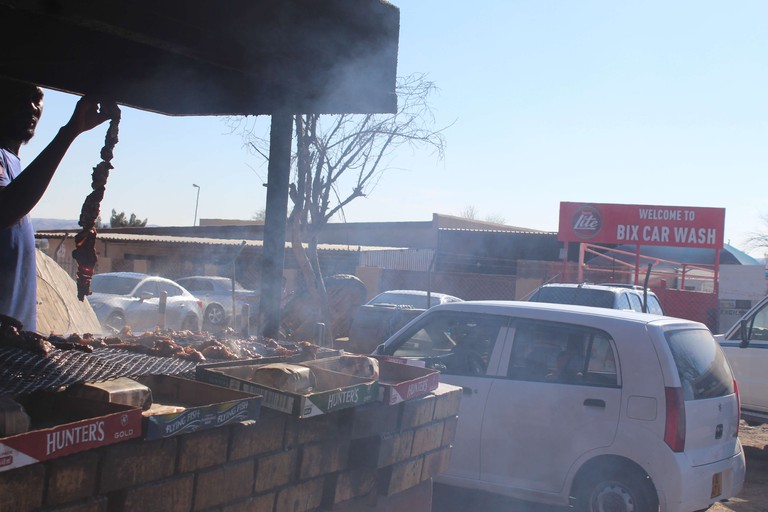 Also situated in Katutura right next to Single Quaters open market, Bix Car Wash is the logical stop after you’ve had kapana, a local grilled beef delicacy sold at an open market. The local’s unwritten rule is to buy kapana and eat at Bix Car Wash, washing it down with a cold beer, preferably a Windhoek Lager, which is one of the lightest brews on the market.