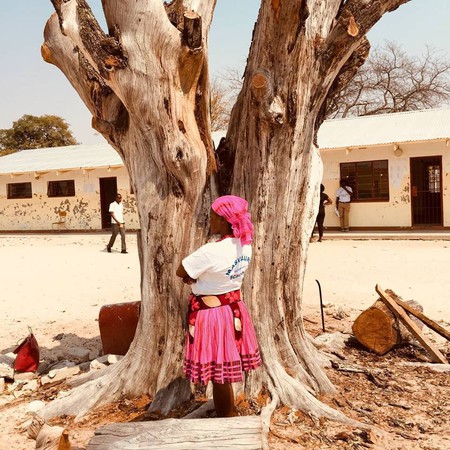 Heritage Week has been celebrated annually in Namibia since 2012, giving locals a platform to celebrate their natural and cultural resources.

Taking place around the third week of September, Heritage Week is a collaboration between Namibia’s main heritage institutions and the Museums Association of Namibia (MAN), which facilitates regional activities throughout the celebration. This year’s theme was “Tu Ruganeni Kumwe”, which means “Let’s Work Together” in the Rukwangali language. The event was honoured across Namibia in nine towns and in the capital city of Windhoek. 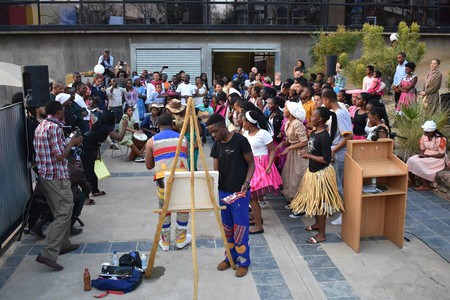 Happy with what she described as yet another successful Heritage Week, Ndapewoshali Ashipala from MAN said that this year’s festival was made even more special because more Namibian towns took part than ever before. “This year was particularly good because we had a bigger regional representation,” she said.

With a diverse population comprising of more than 10 ethnic groups plus a magnitude of heritage sites that have been attracting tourists from all over the world for years, Namibia’s heritage is indeed one that needs to be safeguarded and celebrated. Heritage Week acts not only as a platform to allow Namibians the opportunity to learn more about their country’s rich culture and history, but also for people to feel proud to be Namibian.

To make it possible for regional partners to take part in the festivities, MAN hands out grants funded by the National Arts Council of Namibia. These grants are awarded to members of the association and recipients are encouraged to use it for activities that are in line with the theme. 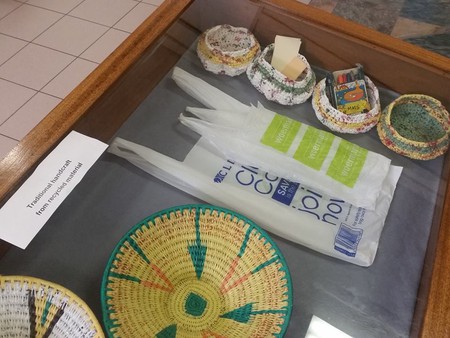 Traditional Namibian handcraft made from recycled material. Children in Swakopmund were trained on how to recycle waste as part of Heritage Week | © Scientific Society Swakopmund

Together with MAN, which acts as an umbrella body in the museums sector, other Namibian heritage institutions also play a big role in creating platforms and opening up spaces for heritage activities across the country. For example, the National Art Gallery of Namibia (NAGN) hosted several live art demonstrations that were free for the public. The gallery hosted Ngavee Kambezunda, a graduate from the College of The Arts in Windhoek, who gave a live stone carving demonstration. Another attendee was Alfred Muifi, a graduate from the University of Namibia, to showcase his modern-day pottery techniques.

Many more events took place over the wee,k including cultural festivals, film screenings, food markets, art workshops and heritage site excursions. In the southern town of Keetmanshoop, teachers had the opportunity to teach their students different local languages. This was a wonderful opportunity to expose the youth to other languages, and to learn about practising tolerance of other cultures. Heritage Week was another opportunity to showcase how Namibian schools are driving the message of diversity across to learners.

Lionel Kamburute, a teacher at Sonob Primary School in Mariental, said that the school curriculum does include teachings on diversity and heritage. “It’s included in the Life Skills and Arts and Culture subjects, so learners are made aware of this from a young age.” During a Heritage Week schools quiz on Namibia’s natural, cultural and intangible cultural heritage, Kamburute proudly led his team of students to victory. The quiz involved schools from all regions in Namibia.