10 Inspirational Women From Namibia You Should Know 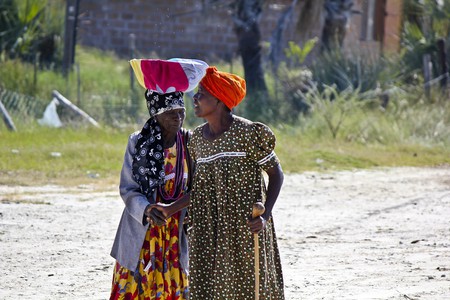 Namibian women in the town of Otjiwarongo in the Otjozondjupa region. | © Adrian Sanchez / Flickr

When it comes to inspirational people who are making a mark in their communities, Namibian women are at the forefront. These 10 Namibian women are driving forward the message that women are indeed a force to be reckoned with, and that yes, the future is female. Here’s everything you need to know.

Affectionately known as ‘Namibia’s Miracle Doctor’, Dr Helena Ndume is Namibia’s pioneering ophthalmologist who has been gifting communities across the country with the gift of sight. She is internationally renowned for her humanitarian work and has performed free sight-restoring surgeries for 35,000 Namibians. Dr. Ndume studied medicine in Germany after spending her teenage years in Zambia and Gambia after fleeing Namibia during the war for liberation.

She is a member of Surgical Eye Expeditions (SEE) International , a non-profit humanitarian organization that offers sight-restoring surgeries to underprivileged communities around the world.

In 2004, she was awarded the Grand Commander of the Order of Namibia, First Class. “She is inexhaustible,” says Dr. Michael Colvard of SEE. “She is an incredible physician, very capable but also able to motivate people and she’s been able to get the government of Namibia to support her and her colleagues.” She was been praised and lauded in publications all over the world. 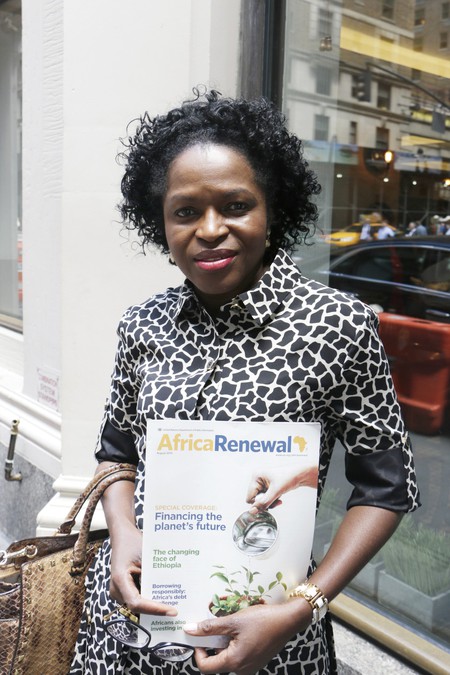 Host of the Master Your Destiny (MYD) radio show which airs every Tuesday on Radio 99, Watermeyer is one of the trailblazers in the Namibian media. She has introduced Namibians to this premier talk show, which was one of the finalists at the 2017 New York Festivals Radio Awards.

On the show, Watermeyer has conversations with industry leaders and community members from all spheres of the Namibian social landscape. The show aims to highlight the work of ordinary Namibians doing extraordinary things. The show is also screened on one of the television networks in Namibia and is available on Soundcloud, Youtube, Itunes, TuneIn and Stitcher.

The co-founder of ProQuest, Uushona is Namibia’s youngest owner of a wholly Namibian medical laboratory. ProQuest has a facility in Windhoek, offering Namibians services such as laboratory tests, commissioned research and training. ProQuest started off in a three-bedroom house, but now has its own medical laboratory centre. Aiming to be more diversified in the near future, Uushona and her business partner Pendapala Shiyuka also have ambitions to have functional research and innovations units that are self-sustainable.

Rosalinda ‘Rosa’ Namises who has, through her humanitarian efforts earned the nicknamed the ‘Rosa Luxemburg of Namibia’, is a Namibian politician and human-rights activist. A former member of parliament and founding member of the Namibian Congress of Democrats (CoD), Namises is a constant voice on issues such as human rights, gender and is actively involved in social empowerment programs around Namibia.

She founded the Dolam Residential Child Care which provides shelter for vulnerable children. The centre also provides these children an opportunity to access health and educational services – something that they would otherwise not be exposed to. She also spearheaded the establishment of an organic communal garden at Okandjira settlement in the Otozondjupa region. The garden has become a food and income source for members of this community.

Gwen Lister is a media giant whose work has made a big impact on the media landscape in Namibia and globally. First and foremost a journalist, Lister was an apartheid opponent and press freedom activist during Namibia’s liberation struggle and fight for total liberation from apartheid South Africa. In 1978, she co-founded the Windhoek Observer, a weekly newspaper that has since changed ownership over the years. In August 1985, she started another newspaper, The Namibian, of which she was the editor until she stepped down in 2011.

Lister was a fearless journalist who reported about the human rights abuses by South African forces in Namibia and after Namibia’s independence in 1990 – she didn’t hold back in holding the new government accountable, just as she had the South Africans. In 1992, she was awarded the International Press Freedom Award from the US-based Committee to Protect Journalists. She also received the Harvard University Nieman Fellowship for mid-career journalists in 1996. In 1997, she was awarded the MISA Press Freedom Award for having “almost single-handedly kept up the mantle of press freedom in Namibia.” Lister has been jailed three times, but that did nothing but increase her resolve to fight for media freedom and freedom of speech.

IPI in 2000 named her one of 50 World Press Freedom Heroes of the previous fifty years, and in 2004, she received the Courage in Journalism Award from the International Women’s Media Foundation. Lister continues her advocacy work in media freedom under her new role as executive chairperson of the Namibia Media Trust. She also mentors young journalists in all areas of the profession. 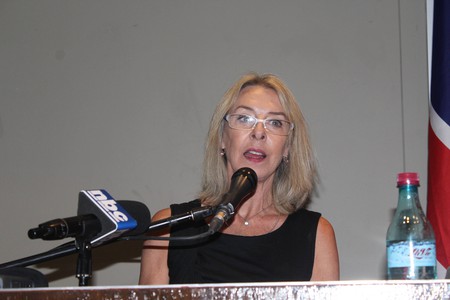 In 2017, Sandra Mwiihangele made history by becoming the first Namibian to be listed on the Forbes ‘Africa 30 under 30’ list. Her career in cosmetics could have probably been foreseen by the time she was 12 when she developed a lipstick made from natural resources and won a gold medal at science competition.

The company was in 2015 awarded the Namibian National Commission on Research, Science & Technology (NCRST) Grant Award under the Youth Innovation Call. A year after, Kiyomisandz was awarded the prestigious business Innovation Award from the Development Bank of Namibia (DBN). The range of cosmetic products under the Kiyomisandz brand include body butters, lotions and shower gels.

Namibia’s first and only Miss Universe winner in 1992, Michelle McLean-Bailey has rebranded herself from beauty queen to an internationally-recognised media personally, philanthropist, entrepreneur and professional life coach. After her successful run as Namibia’s most successful beauty queen, she founded the Michelle McClean Foundation which runs projects and training programmes that empower, educate and inspire young children in Namibia. The trust later got an additional branch – the Michelle McClean School of Excellence, which provides entrepreneurial and financial skills training to schoolchildren.

She currently resides in Florida, USA where she has struck up a collaboration between Rotary International, The Down Town Boca Raton Rotary Club in Florida and The Michelle McLean Children Trust with Namibian Rotary clubs. This collaboration is aimed at raising funds for projects in Namibia, including a pre-school at Aries as well as the Michelle McLean Primary school in Windhoek.

Namibia’s First Lady, Monica Geingos has transformed herself from qualified lawyer and to successful businesswoman. Geingos has used her fairly new role as First Lady to bring social uplift programs to youths across Namibia. Through her One Economy Foundation, she aims to facilitate the full social and economic participation of identified communities and break aspects of the poverty cycle experienced by many Namibians. She was awarded the ‘Change Our World’ award by the Professional Speakers Association of Namibia in April 2018 for her exceptional talks at One Economy public engagements, which are usually targeted to the youth and other marginalised members of the Namibian society. The foundation was established as a non-profit organisation and it also lends money, on a collateral-free loan basis, to lower income people, who are engaging in small businesses in an attempt to break the cycle of poverty.

Geingos is the UNAIDS Special Advocate for Young Women and Adolescent Girls and uses this title well when engaging young girls around the country in empowerment talks and discussions.

Livey van Wyk has one of the most inspiring comeback stories in Namibia. After falling pregnant at the age of 17 and finding out at the same time that she was HIV positive, Van Wyk faced the stigma that many in her situation face. Soldiering on as a single mother, she went on to become Namibia’s youngest mayor at the age of 26, leading the town of Witvlei which, ironically, was the same place where she faced rejection and stigma because of her status.

She is one of the BBC Outlook Inspirational winners for 201,8 and had her inspiring story featured on the network’s website. Livey is the true example that hope trumps adversity.