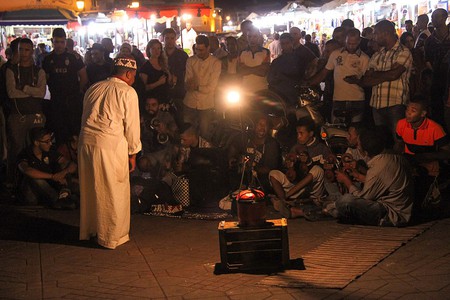 The art of storytelling has always been part of Moroccan culture, used to entertain, educate and inspire the younger through stories about families, lovers, beasts. One group of people are trying hard to preserve this ancient art.

Storytelling is a compelling way of educating people of all ages and entertaining them at the same time; it is a tradition that is being forgotten, but one that is worth preserving, because of the pleasure a story can give and the message it can impart.

More than 60 years ago, storytellers were making a viable income from telling their hikayats, long narrative works in verse, with a story with a moral. Now, only a few remain in Marrakech to transmit their stories to youngsters; among them are Ahmed Ezzarghani and Mehdi El Ghaly. 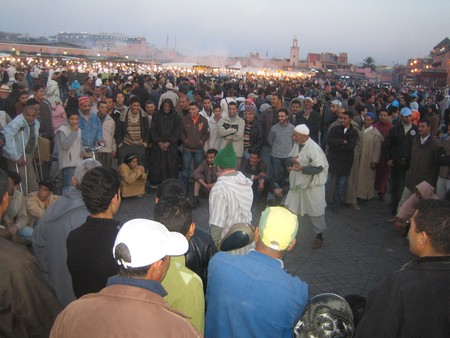 Ahmed Ezzarghani is one of the few storytellers still performing in Morocco, keeping the tradition alive in the midst of young people’s online consumption of stories. He explains that although he understands that kids have other interests nowadays, this allows some disconnection from new technologies, creating a greater sense of morality in stories.

A younger storyteller who is also trying to keep the tradition alive is Mehdi El Ghaly, who was part of a movement bringing Moroccan storytelling and oral cultures to the masses in a new way, in order to connect with more people. El Ghaly explains that his fascination with hikayats started when he was around three years old, when he asked his mother a question and his mother then answered him in a hikayat, leaving him with both an answer and a moral story to tell in the future.

El Ghaly chose to be part of the fascinating world of storytelling because he wants to connect with people and give them a moment where they can truly relax and discover their culture. He explains, “Storytelling is about the experience, and the feeling after the experience.”

We were curious about why he considers that it’s still useful for young people to maintain the tradition. He goes on to explain that storytelling builds a tremendous confidence in oneself, and is “very useful for the new generations as it connects them to their heritage”. This practice helps people see life from a new perspective, which leads to a better performance in the world of work and community; as El Ghaly affirms, “Storytelling makes you belong, which is hard nowadays.”

What makes a good oral storyteller?

El Ghaly describes a good storyteller as someone with “passion and compassion”. He explains that everyone is a storyteller in a way or another, as “we all have stories to share, and what makes you the best storyteller is being a human that cares for his craft and the people you will share it with”.