The Best Hotels in Essaouira, Morocco, for Every Traveller 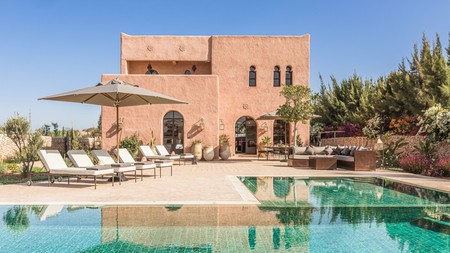 The Atlantic coastal city of Essaouira is a sandy canvas punched with ocean-blue doors and shutters. It’s a shopper’s city of bold, bright ceramics and rugs and rainbow spices at every turn in the markets. Whether you want to relax or lose yourself in the thrum, an accommodation that’s comfy and easy on the eye is an essential part of the visit. Here’s our pick of the city’s best hotels.

With a name that means “beautifully designed” in Moroccan Arabic, it’s no wonder that Essaouira has become an artistic hub. Built between wind, sand and sea, the modern-day walled city was designed in the 18th century by a French architect for King Mohammed III. Hints of foreign influence are still visible today in its architecture and burgeoning art scene. Artists were drawn here by the fairytale fortifications, picturesque port and spice-scented streets, where Jimi Hendrix passed by in 1969 and hippies hung out in the 1970s. Nowadays, the city plays host to numerous music festivals and exhibitions. 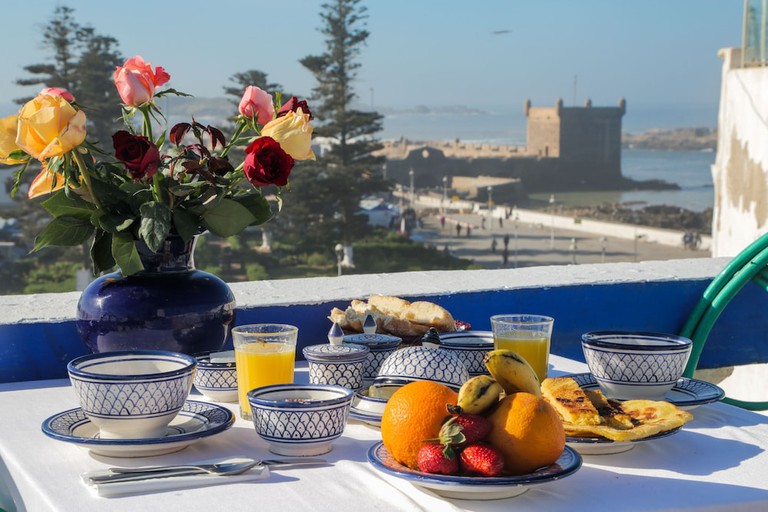 This elegant riad, a short walk from Essaouira’s beach, feels like a stylish secret. A teeny boutique sells locally made throw pillows, while in the jewel-box spa, hammam sessions are followed by organic argan oil massages. The courtyard, dwarfed by a towering tree, is impressive, but it’s the rooftop terrace, where you’ll sip zingy morning orange juice while gazing out to the ocean, that will capture your heart. It’s even family-friendly, with some whitewashed rooms sleeping four. 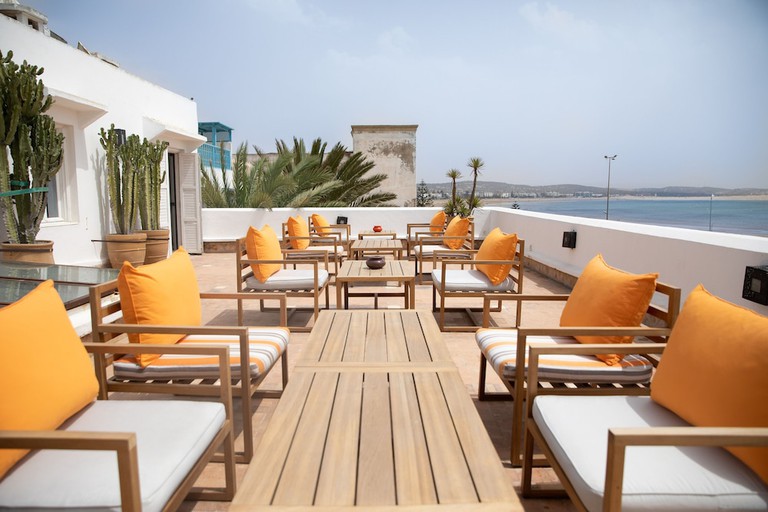 Flaky lobster-stuffed pastilla pie and fragrant tagine – La Table Madada is justifiably famous throughout Essaouira for its take on Moroccan-meets-European cuisine, served up in cosy contemporary settings. Its adjoining hotel rooms are just as lovely, tucked down a quiet street and dressed with creamy hued walls, warm tiled floors and crisp white sheets. Some rooms, opening right onto the city’s ramparts, come with private balconies overlooking the wind-ruffled waters. 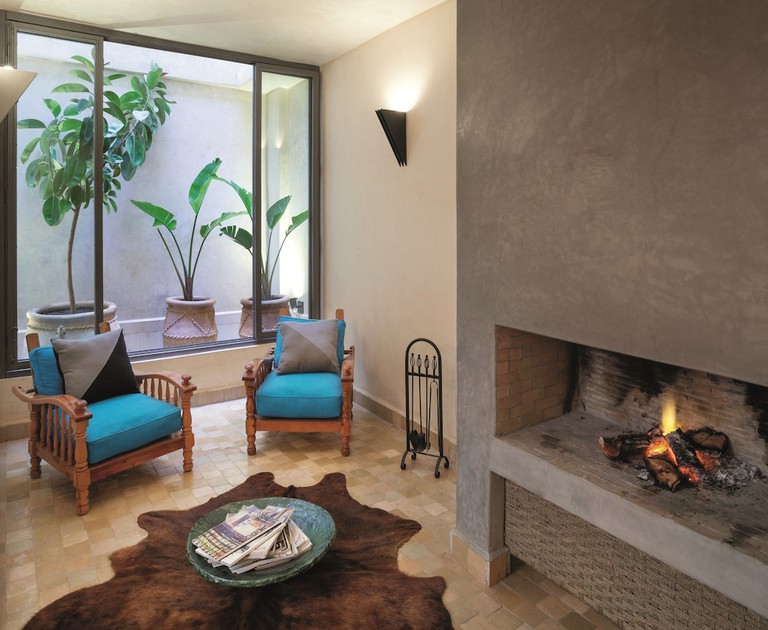 Whether it’s the rich msemen (Moroccan pancakes), the flickering fireplaces in rooms or the moody lighting throughout, Dar les Sirènes is faithful to the traditional riad experience. But that doesn’t mean it’s not modern; architect Edoardo Miotti has blended contemporary stylings with characteristic Moroccan tadelakt plaster for a soothing, restorative feel. Have your morning coffee on the roof terrace before browsing for woven bags and vibrantly coloured leather shoes in nearby shopping streets. 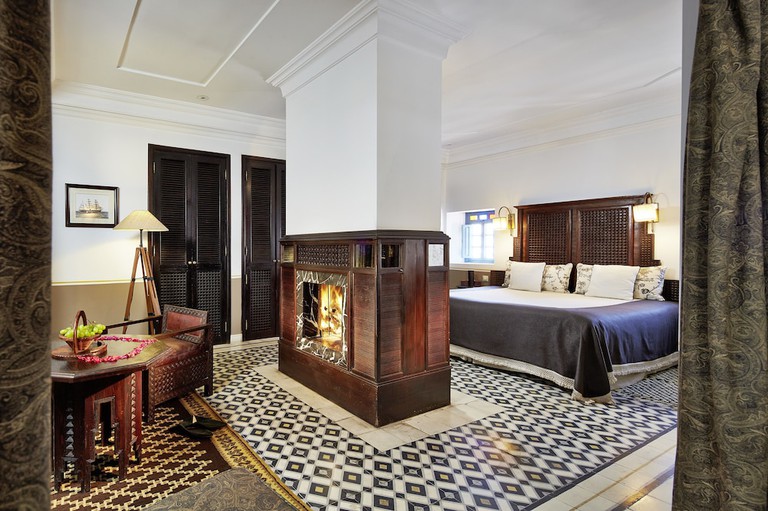 Heure Bleue Palais is Essaouira’s grandest, most luxurious old-town hotel. The rooftop pool and bar lend a panoramic view of the city – dreamiest at sunset – while the ground-floor courtyard, flush with greenery, has a soundtrack provided by a grand piano’s tinkling ivories. You need to have at least one meal in the opulent restaurant, adorned with red tasselled chairs, candlelight and crisp tablecloths. The European-inflected dishes are some of the best in the city. 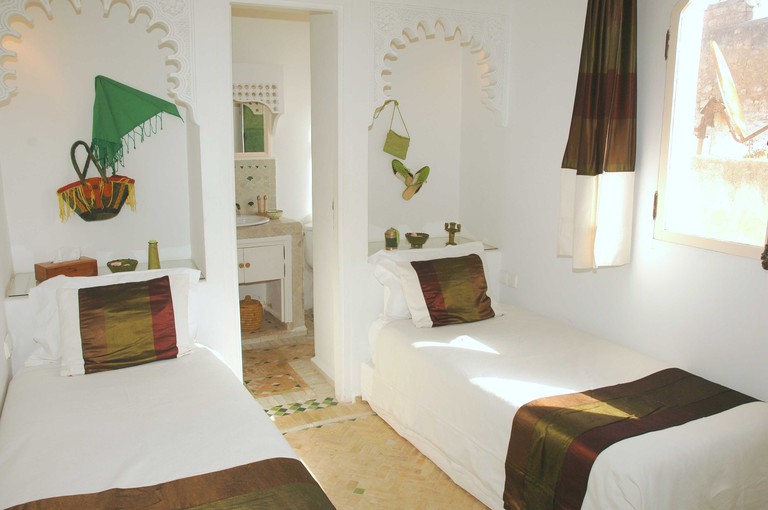 You’ll find this beauty down a squiggle of a laneway in Essaouira’s old heart. Dar Liouba’s owners, French couple Patricia and Jean-Jacques, love to share recommendations for their adopted home town, whether you’re after a brilliant meal or the best spot to buy local raffia handicrafts. The roof terrace is a perfect spot for a few lazy hours of sunbathing, while simple whitewashed bedrooms with pops of colour combine elements of classic Moroccan and modern design – dreamy spaces to relax and sleep in. 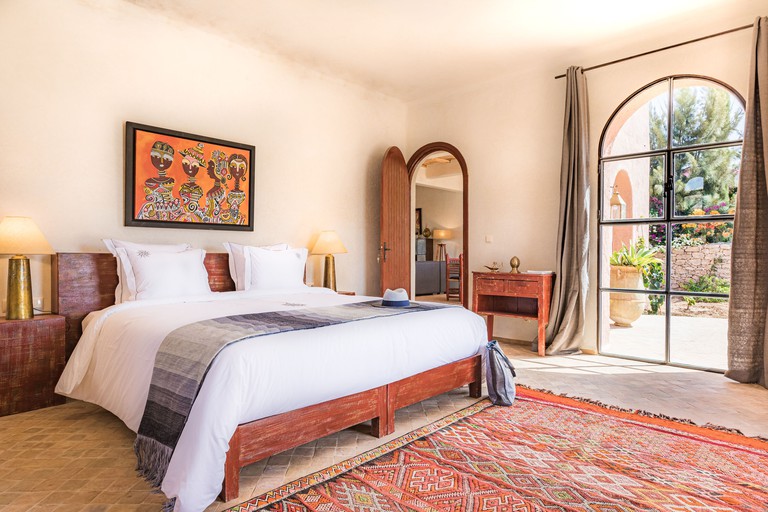 There’s a fine soporific feel to this verdant, rambling property just outside Essaouira – a retreat made for sundowners and siestas, with a fairytale, kasbah-esque main building as well as quirky bedrooms and suites. Some are gently treehouse-y, while others are like the attic den of your childhood. French-run Le Jardin des Douars, sure enough, is a hit with families; there’s a kids’ pool as well as a grown-up alternative with a bar. You can dine in the atmospherically lit, tiered botanical garden (it’s more boisterous at breakfast time). Beyond the nearby river Ksob, low hills bristle with argan trees, some providing the oil used in the spa. A regular shuttle bus runs to central Essaouira. 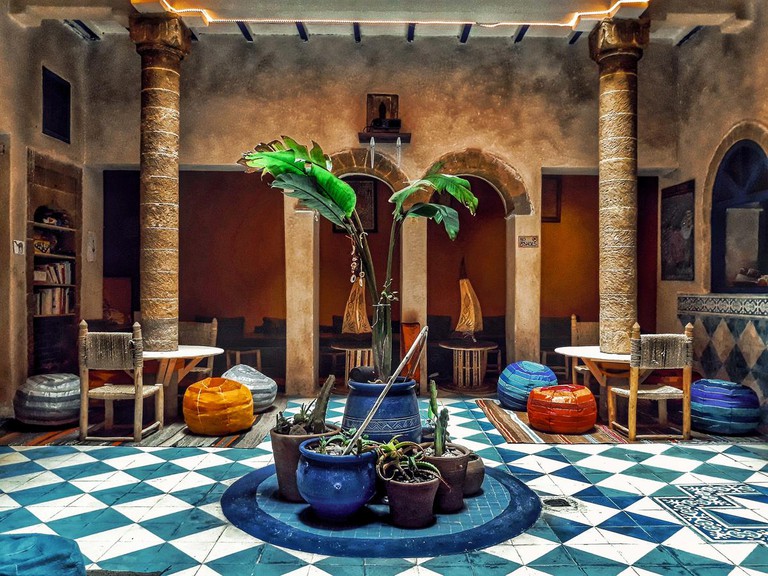 Chill Art, an 18th-century riad, was created by travellers for travellers, so you won’t find better backpacker vibes anywhere in town. Bought by a group of young Europeans in the 1970s, it opened as Essaouira’s first hostel, and it’s still a favourite among solo wanderers, with its vibrant murals, live-music nights and sociable communal areas. Share stories over free Moroccan tea during happy hour, have (healthy) dinners together and maybe grab an instrument to join a late-night jam session. There’s a mix of shared dorms and private doubles, and if you’d like a little privacy, there’s also an apartment with a private terrace and kitchen. 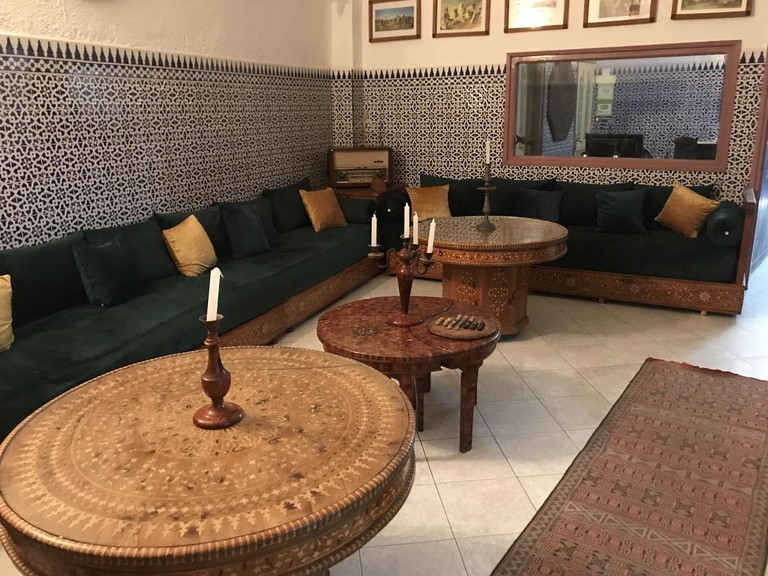 Sitting in the medina, accessed via alleyways busy with carpet vendors, Hôtel Gnaoua is one of many reasonably priced hotels in Essaouira. It worth boasting about its central location and excellent breakfast served on the sunny rooftop terrace. Fill up on eggs, msemen, orange juice and coffee while watching the teeming street trading below. If you take a few steps from this riad, you’ll find yourself plunged into a whirl of cafes and shops that’ll keep you captivated for hours. Back at the ranch, relax in ensuite bedrooms adorned with Moroccan art and textiles; the comfy beds guarantee deep sleep after demanding medina wanderings. 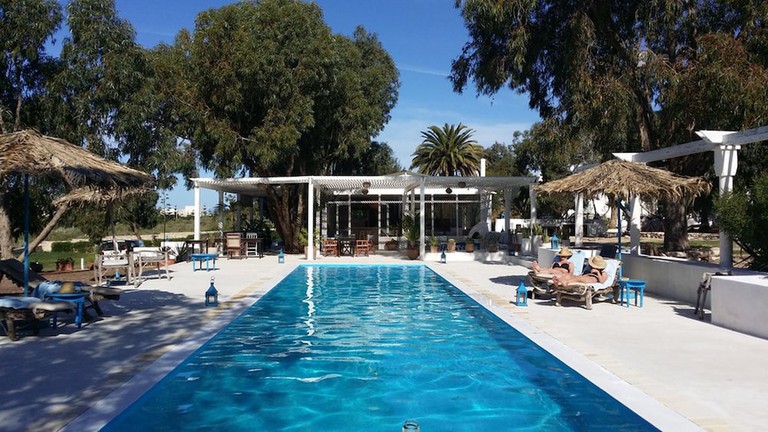 Hidden on a quiet hilltop just outside Essaouira, Tangaro is the perfect place for those who want to dip into the city and prioritise chill time. Winding stone paths lead you through the calming cactus gardens to several whitewashed cottages, with a central courtyard shaded by a huge eucalyptus tree, where breakfast is served. Plan your day around dips in the pool, naps in the sun, long lunches in the poolside conservatory and watching the sunset from your private terrace. You can use the private hammam for free, while massages and yoga classes are available on request at the spa. 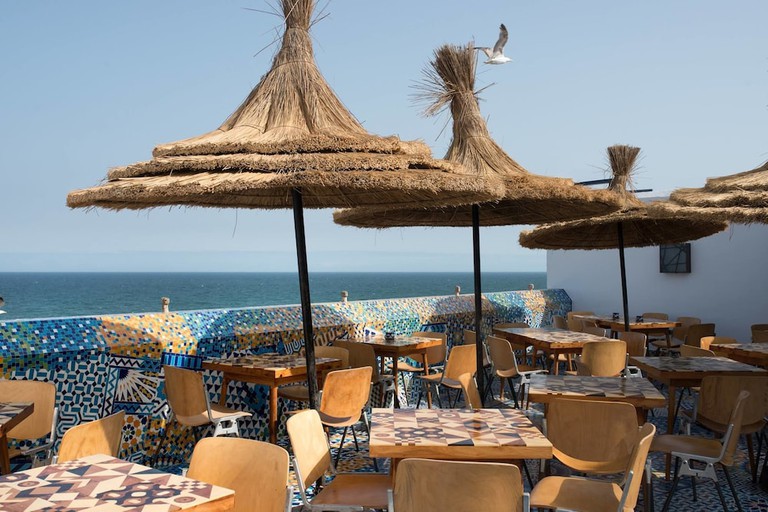 Courtesy of Salut Maroc! / Hotels.com
View Rooms
From $124 Per night per room

You’d be hard-pressed to find a more colourful hotel than Salut Maroc!, in the heart of the medina. From the moment you walk through the door of this 18th-century riad, you’ll be wowed by the jaw-dropping kaleidoscopic fusion of contemporary Moroccan design and traditional Islamic tile patterns, creating psychedelic mosaics from floor to ceiling in every room. The staff are as cheerful as the vibrant surroundings, and the terrace restaurant offers a mix of fresh seafood from the market and traditional Moroccan dishes, served with a sea view. Indulge in a rejuvenating hammam treatment followed by a relaxing Moroccan massage and drift off into dreams full of the wildest colours.