Where to Go for Stunning Views in Morocco 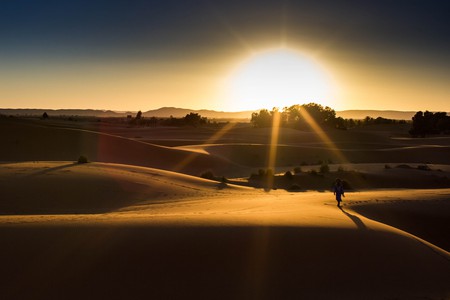 With varied natural landscapes and visually exciting cityscapes, there are plenty of memorable views to soak up in Morocco. From the coasts to the mountains, and from the desert to the cities, here are some of the most spectacular views in Morocco.

A marvellous sight in the Moroccan Sahara, Erg Chebbi is a rolling sea of huge sand dunes. The reddish-orange colours of the changing landscapes stand out dramatically against the sky. Covering an area of 50 kilometres, the towering dunes reach 150 metres in height in parts. 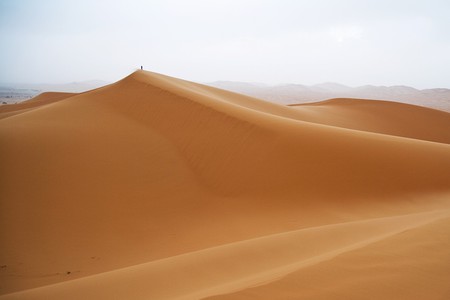 The spectacular dunes of Morocco’s Erg Chebbi | © Dimitry B. / Flickr

One of Morocco’s most impressive waterfalls, Ouzoud Cascades is within easy reach of the historic city of Marrakech. Several separate falls tumble over the rocks to meet the river at the bottom. Verdant foliage surrounds the falls, and macaque monkeys watch visitors with curiosity from the trees. 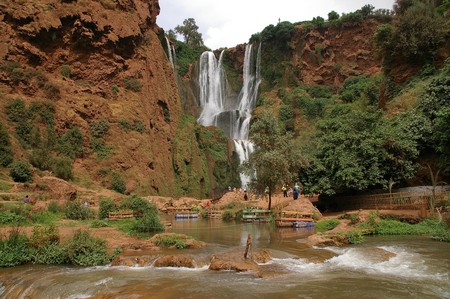 While Morocco has several lovely beaches, the southern Legzira Beach is one of the most beautiful. A natural stone arch has formed in the weathered red rocks and the views out to sea and along the sandy stretches are incredible. 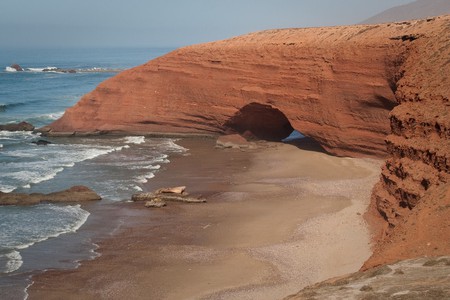 Located in Toubkal National Park in the High Atlas Mountains, Jbel Toubkal is the highest peak in Morocco. Those who make the challenging ascent will be rewarded by striking vistas in all directions, though the views of the mountain itself from elsewhere in the park are also sure to impress. 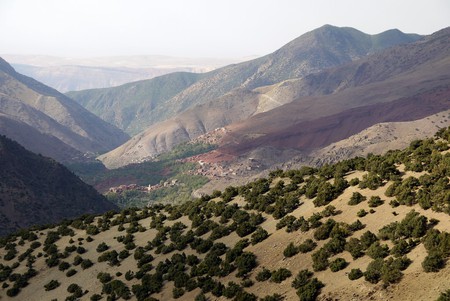 An area that really lives up to its name, the splendid Paradise Valley can be found close to Agadir. Towering rocks, smooth ledges, small cascades, and shimmering emerald waters can all be admired in the valley. Traditional Berber villages surround the area. 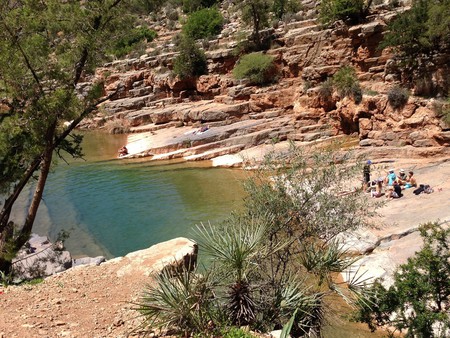 Created over time by the once-powerful waters of the Dades River, Morocco’s Dades Gorge certainly has the wow factor. Soaring mountains in red, burnt orange, brown, rust, and mauve surround the gaping gorge, with plentiful interesting rock formations and ancient kasbahs to add to the aesthetic beauty. 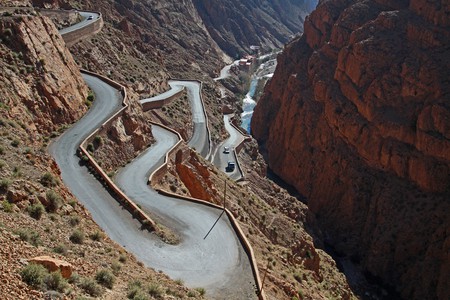 The breathtaking Todra Gorge is often said to be among the most dramatic and impressive canyons across the globe. Aged rocks tower up to 150 metres either side, with channels passing between the walls as narrow as just 10 metres. The river that eroded the rocks no longer rages and visitors can walk through the now-dry gorge, imagining the mighty natural forces that worked relentlessly to create the striking landscapes. 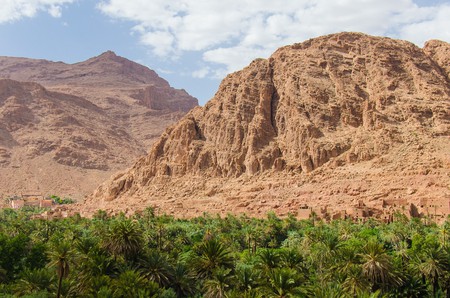 Commonly referred to as the Switzerland of Morocco, Ifrane is a lush and verdant part of the country. Home to mountains, cedar forests, fields of wildflowers, and wildlife galore, Ifrane transforms into a wintery wonderland when the snow falls. A popular spot for hikers, stunning views open up with almost every step. 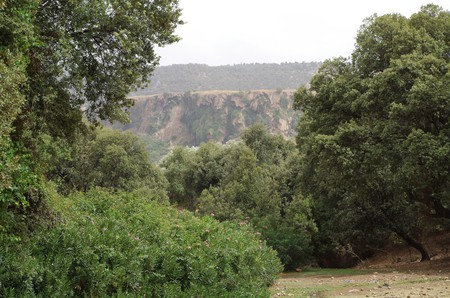 Not all of Morocco’s impressive views are of natural places of interest; Ait Ben Haddou is one of the nation’s most awesome man-made sites. Once home to a large Berber community, the historic fortified town rises majestically from the sandy terrain in an area known as the “Door to the Desert.” 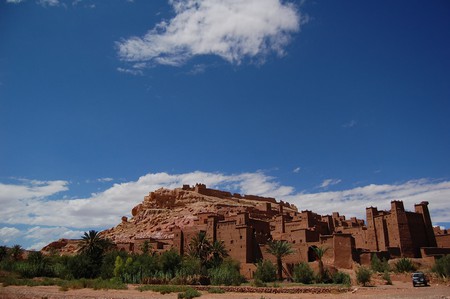 Visit one of Fez‘s rooftop terraces overlooking the large leather tanneries to appreciate the work that goes into producing the country’s varied leather goods. Watch as young men haul skins between large vats of colourful dyes, seemingly oblivious to the over-powering stench that hangs thickly in the air. The postcard-worthy scenes below, however, make up for the pungent smells that make your nostrils recoil. 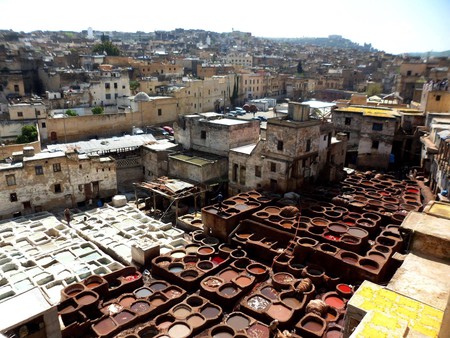 One of Morocco’s most captivating and energetic destinations, Djemma el Fna is the main square in the Red City of Marrakech. The best views can be enjoyed from one of the surrounding roof terrace cafes, where you can watch the melee below and admire the not-so-distant minaret of the striking Koutoubia Mosque rising above the chaos. 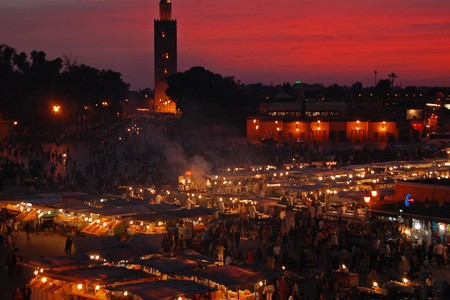 Home to one of the most charming medinas in Morocco, Chefchaouen is located in the ruggedly beautiful greenery of the Rif Mountains. Famous for the varying shades of blue paint that cover many of the buildings’ outer walls, Chefchaouen really is a photographer’s dream. 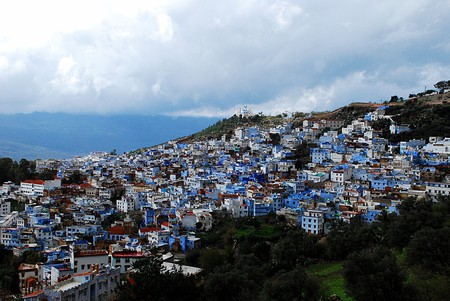