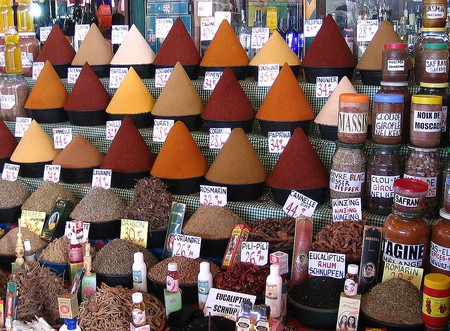 Most countries have traditional medical practices and remedies that have been passed down through the generations. Morocco is no exception. Find out more about traditional Moroccan remedies that are thought to soothe and cure a range of sicknesses and ailments.

Known scientifically as nigella sativa and referred to in Morocco as sanouj, black cumin was taken originally to Morocco from India. It is now grown in Morocco and the small black seeds are widely available in the country’s many souks and markets. The seeds are stored whole and crushed before mixing with honey and hot water and then drank. The mixture is thought to help cure a cold and associated aches and pains and other symptoms like a cough or sore throat. Alternatively, people may grind the seeds and wrap the powder in a tissue to smell to relieve sinus problems. The seeds have long been thought to have healing properties, especially across the Islamic world, with an Islamic hadith recording that the Prophet Mohammed spoke of the virtue of the seeds, saying that they could cure all ills except for death. Modern science is also becoming more aware of the benefits of black cumin seeds, with anti-carcinogenic, antioxidant, and anti-inflammatory properties, as well as helping to regulate blood sugar levels, having natural antibiotic qualities, and offering protection for the liver.

After eating a pomegranate, some Moroccans dry the skin in the sun and grind it into a powder. The powder is thought to be good for the digestive system, relieving symptoms of indigestion, stomach acid, and similar, and some people take it as a preventative measure. People eat a teaspoon of the powder and wash it down with a glass of cold water. 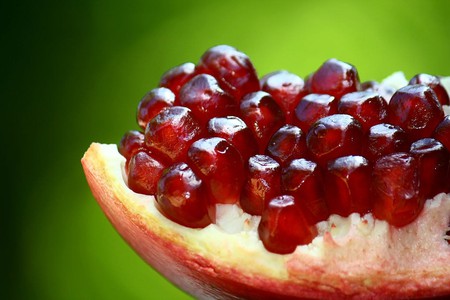 Olive oil is thought to have many beneficial uses. People across the world use olive oil as a hair and skin conditioner. In Morocco, a mouthful of pure olive oil every night for three or four nights is thought to cure coughs and sore throats. Some people may sniff a small amount of olive oil to stop a runny nose when they have a cold. The oil may also be massaged into the skin to soothe sore muscles. Many Moroccans believe that if they include olive oil in their diet every day that it will help to prevent cancer. 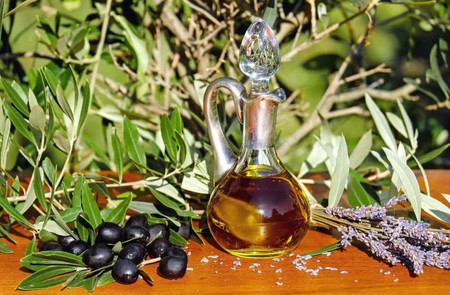 Known in Morocco as za’atar, bunches of both fresh and dried thyme are a staple in a herbalist’s store. Grown in the mountains, the herb is mixed with hot water and left to stand for fifteen minutes or so in order for the leaves to infuse the water. Some people might make tea from the herb. It is taken as a remedy for stomach aches, flatulence, and excessive burping. It is thought to combat gas in the digestive system. 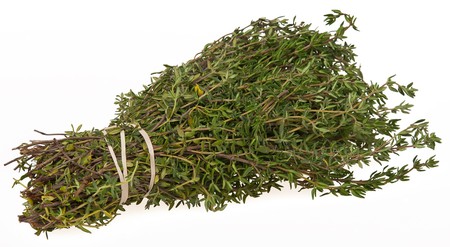 Mint has many health benefits; mint tea is enjoyed every day all around the country both for pleasure and for its medicinal properties. It helps to reduce bloating and gas, eases nausea, and helps to keep the digestive system functioning well. It can also help to soothe headaches, reduce stress and anxiety, and is furthermore thought to be good for the respiratory system.

The fragrant oil extracted from orange blossom is used as an aromatherapy oil, thought to be good at relieving stress and tension as well as being calming and soothing. It is also thought to help cure insomnia. 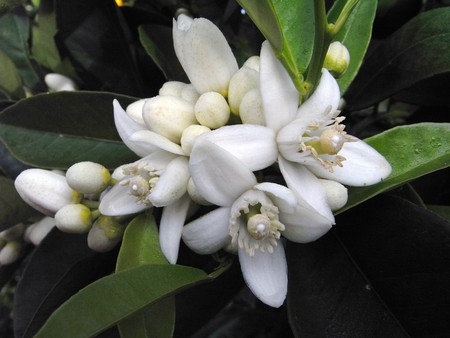 Ginger features in various traditional remedy systems around the world. Known as skinjbir in Morocco, ginger powder is mixed with food or water to treat a range of conditions, including fever, colds, headaches, migraines, motion sickness, morning sickness, and general nausea. People in Morocco may visit the local hammam and apply ginger powder to their back while bathing to help relieve back pains associated with a cold. Ginger and lemon mixed together in water is said to give an energy boost. 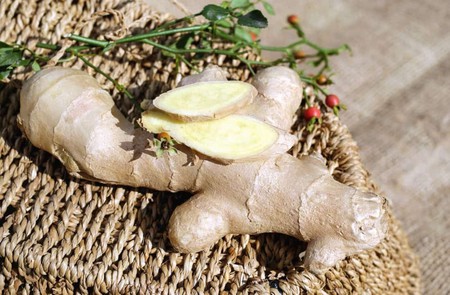 Called kamoun in the local language, cumin is a popular spice in Morocco, both in culinary and medicinal uses. It is often found as a condiment on tables in restaurants. Cumin has been found to be great for the digestive system, and many Moroccan people will eat a spoon full of the powdered spice to settle an upset stomach or to stop stomach pains or diarrhea. A glass of water washes a teaspoon of cumin down. 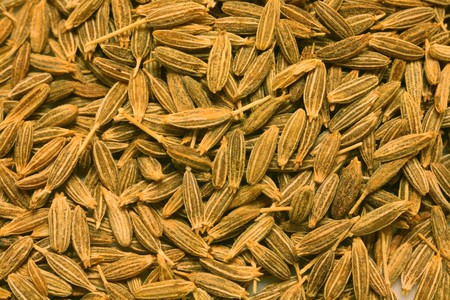 Cinnamon is another treasured spice in Morocco, both in the kitchen and as a traditional medicine. Originally brought to Morocco by Arab traders, it is an essential spice in most Moroccan kitchens today. Known locally as karfa, it has antiseptic, anti-inflammatory and antioxidant properties. It also has a calming effect. In Morocco, men mix cinnamon with honey and hot water for sexual energy.

Produced from the fruit of the argan tree, a tree that is native to Morocco, argan oil is now globally popular because of its beneficial properties for the hair, nails, and skin. It has long been used by Moroccan Berbers to relieve coughs too; swallow a mouthful of culinary-use oil to ease coughs and splutters. 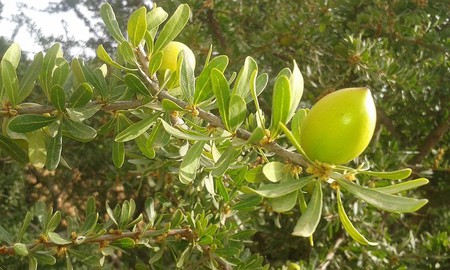 Known in Moroccan as l’halba, fenugreek was taken to Morocco from India. It can be used as both a herb and a spice, with the dried leaves and seeds both valued. Additionally, parts of the plant are eaten fresh, or added to dishes to be cooked, as a vegetable. The spice is particularly popular in Morocco, soaked in water for up to 24 hours and drank as a remedy for appetite loss, indigestion, and stomach problems. It is also thought to aid with milk production for new mothers. Scientific research has further found that fenugreek can help to lower blood sugar levels. 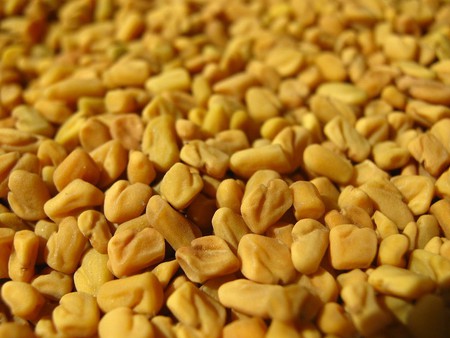 Called khazama in Morocco, the aromatic purple plant has many uses in local traditional medicine. As with many places in the world, the oil is seen as having soothing and calming properties. It also helps to relieve headaches when used in aromatherapy. Fresh flowers and leaves may be infused in hot water to relieve premenstrual pains, stomach aches, and to help cure gynecologic infections. Men drink this brew to cleanse the reproductive system, and women may wrap dried flowers and leaves in a tissue to insert into the vagina to treat infections and remove bad odours. 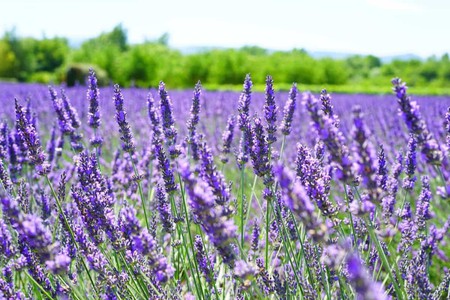 Known in Morocco as mkhinza, wormseed has long been a popular remedy for fever. The leaves of the wild plant are crushed and mixed with fresh orange juice and drank. Although a common household remedy, with many Moroccans firmly believing in the plant’s curative properties, there have been warnings issued by an anti-poison agency in Morocco. The agency says that there can be serious side effects of ingesting the plant.

There are numerous herbs and spices used around the country to assist with a variety of medical issues. Some are widely used, whereas others are used only in certain regions. Some remedies rely on a concoction, for example, boiling apple skin and lemon until there is a highly concentrated liquid is thought to help people to be able to pass kidney stones with ease. Some remedies, such as sand bath therapy and soaking in mineral-rich hot springs, rely on the landscapes and climatic conditions. And, many Moroccans would probably include trips to the local hammam as being essential for overall health and well-being.