This One Fact About Morocco Will Change Your Life 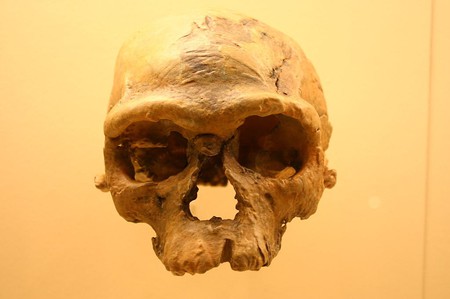 We know for a fact that our species evolved in multiple locations across the African continent. Until now, the oldest fossils of Homo Sapiens were found on the site of Omo Kibish in Ethiopia in 2003, dating back 195,000 years. These remains, identified as early anatomically modern humans – Homo sapiens, were still very apelike.

A few months ago, our history was altered with the discovery of the oldest fossil of Homo sapiens in Jebel Irhoud in Morocco, just north of Safi.

Safi is a coastal city on the Atlantic, just south of Marrakech; it is famous for its medieval medina that takes you back to the 15th century and stunning beach and views. Now, its popularity has increased for being close to the site of Jebel Irhoud.

The fossil indicates that we did not evolve from a single cradle of mankind, somewhere in East Africa – as the discovery in Ethiopia had once made us believe – and that early Homo sapiens had faces much like our own, although their brains did differ in shape, therefore, in their type of thinking.

They have found skull bones of five individuals that died around the same time and flint blades, that have been burned almost certainly to cook food. These people were highly advanced since they were able to achieve fire and craft complex weapons, like wooden handled spears, to kill animals in the savanna 300,000 years ago.

These tools have been found in many other parts of Africa, making it extremely likely that they were first made by early Homo sapiens, who were rather sophisticated when it came to their lifestyle.

Now when you visit Morocco, you can affirm that you have been to a location where the oldest remains of Homo sapiens have been found, which is pretty cool.