This North African City Is Attracting Tourists—and It's Not Marrakech! 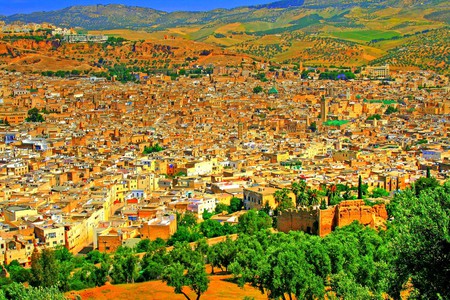 While Marrakech’s popularity is well deserved, there is so much more to Morocco than just the Red City. Fez is another Moroccan imperial capital taking its place in the limelight, competing with Marrakech to be a sought-after cultural destination. See why more and more travelers are adding Fez to their Moroccan bucket list.

With glorious beaches, soaring mountains, tiny villages, vast expanses of desert, and cities that are brimming with history and culture, Morocco has many splendid places to visit, both on and off the beaten track. Despite this wonderful diversity, many visitors associate Morocco mainly with its popular imperial capital of Marrakech instead of other cities like Fez. 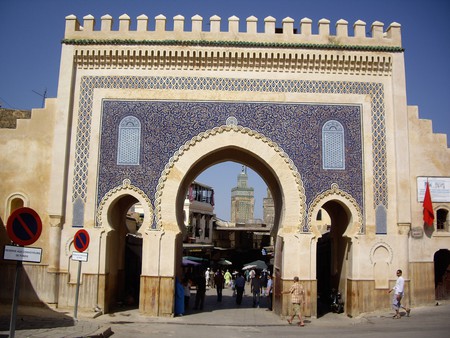 Fez—sometimes spelled Fes—is one of Morocco’s four imperial cities (the others are Marrakech, Meknes, and Rabat). The original city of Fes el Bali was founded by Idris I in 789 at the side of the Jawhar River. The new city attracted many Arab immigrants, including a large number of people who were cast out of Andalusia.

Another city founded by Idris II on the opposite side of the river in the early 800s was called Al-’Aliya. Al-’Aliya attracted large numbers of Arabs from Tunisia, but it and Fes el Bali were completely separate—each was surrounded by its own defensive walls and they often came into conflict with each other. The area saw the devastating persecution of Jews in the 1000s, culminating in the horrendous Fez Massacre of 1033. 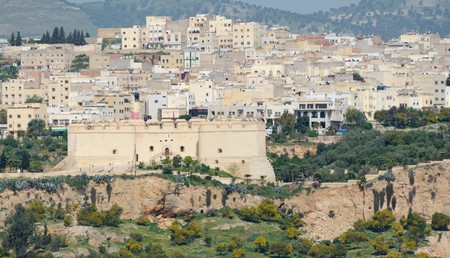 The two cities eventually united in 1070 under Almoravid rule. Dividing walls were broken down, the two medinas were connected, and bridges were built across the river. The city became known as Fez. Although the Moroccan capital was moved to Marrakech, Fez flourished at this time. It became known as a center of trade and religious teaching and by the 1100s had grown into one of the biggest cities on the planet.

The capital was subsequently moved back to Fez in 1250 during the Marinid Era. A newer area of Fes was founded as the military and administrative heart of the capital. This is where the opulent Royal Palace can be found. A Jewish quarter was established nearby, with Jews resettling here from other parts of the city and beyond.

Subsequent years saw the capital moving to Marrakech once more, various conflicts and attempts to capture the city, the strengthening of Fez’s position as a powerful city of trade and manufacturing, a rebellion, riots, French colonization, the building of the Ville Nouvelle, and a period as the capital city again, up until 1925. 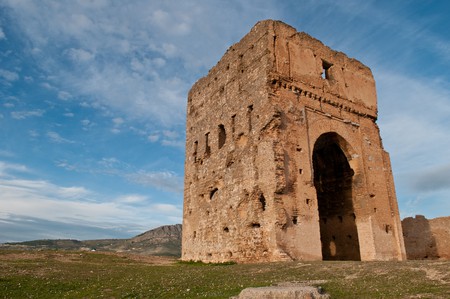 The long and varied history of Fez, alongside the fact that it has been occupied and influenced by diverse groups of people, has given the city a rich character. There are certainly plenty of things to see and do. The city is especially known for its large leather tanneries and extensive souks. There are huge monumental gates, such as Bab Boujaloud, numerous old madrasas, places of religious learning, and mosques. Visitors can admire the views from atop Mount Zalagh. Other highlights include the Merenid Tombs, the Jewish Quarter, and Palais Glaoui. Museums, gardens, hammams, workshops, and art galleries add to the city’s appeal. Fez also hosts several captivating festivals throughout the year, covering music, culture, and more. 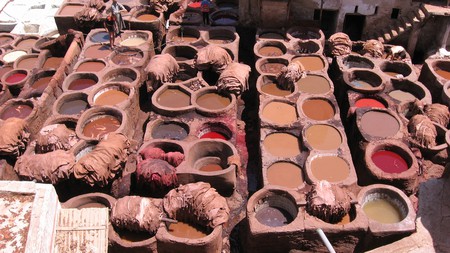 In 1989, a government agency was created in order to preserve and restore Fez’s historic medina. Called Ader-Fes, the agency is making more than 3,300 old buildings stable and secure, as well as restoring many old buildings to their former splendor. Financial backing by the World Bank and others makes the plans for Fez’s regeneration easier.

Residents celebrate Fez’s commercial past as they restore four of the city’s old fondouks. Fondouks were lodgings for merchants, complete with areas to store goods and animals. Some of these historic inns will contain displays of traditional objects or showcase artisans and their products. 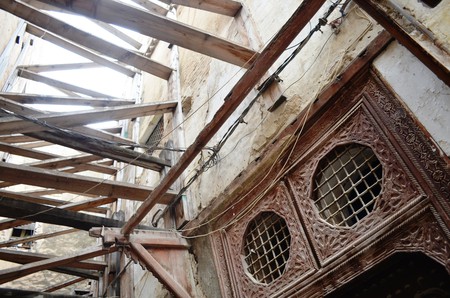 Many of the city’s glorious madrasas are being given a new lease of life. One of the most ambitious projects is restoring the ancient Qarawiyyin Library and Mosque, said to be the world’s oldest university and library.

Several traditional riads and dars are seeing big changes too as old palaces and homes of the wealthy are being restored to how they were in their heyday and renovated to provide beautiful accommodation options for travelers.

One thing to especially look out for in Fez is striking zellige tile work. While many of Morocco’s grandest buildings have fine examples of zellige, the craft was born in Fez. 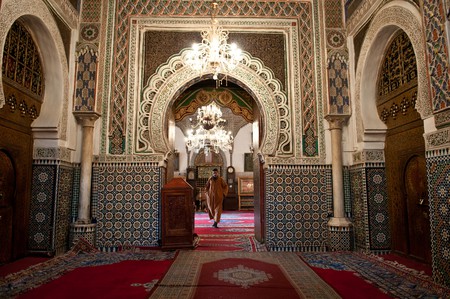 While Fez has no shortage of traditional local restaurants, visitors in search of a more up-market dining experience will now find more to suit their requirements. There are several new high-class restaurants offering diners the chance to relish tasty Moroccan food prepared by renowned chefs in a classy ambiance. Fusion dishes are also abundant.

The international food scene is burgeoning in Fez, too, with a Mexican takeaway, a restaurant serving authentic Thai dishes, and French brasseries among the additions to the local restaurants. A number of establishments are also starting to offer cooking lessons, allowing keen visitors to learn how to make their favorite dishes back at home. 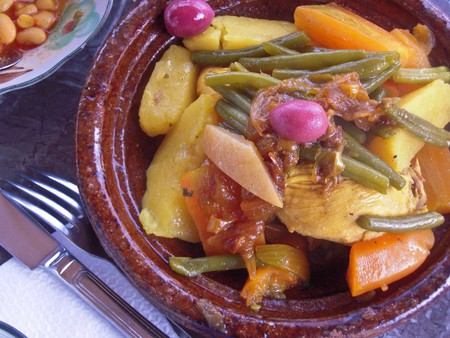 Whereas many international visitors previously would have needed to fly to either Marrakech or Casablanca and then travel onwards by bus or train to Fez, there are now new flight routes that connect Marrakech and Fez. Additionally, travelers from the UK can fly directly to Fez from London Gatwick Airport. 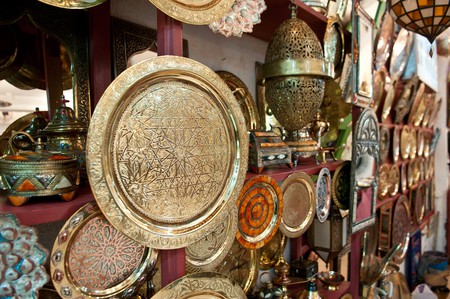 It’s little wonder that Fez is starting to emerge from Marrakech’s shadow to reclaim its title as the cultural, spiritual, and trading heart of Morocco.