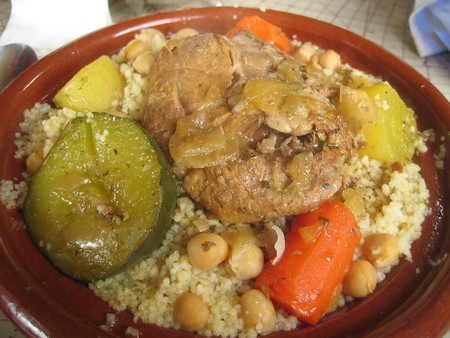 Couscous is one of Morocco’s staple foods. It has a Berber heritage and is also widely eaten in other North African nations such as Algeria, Tunisia, and Libya. Made from small, steamed balls of (usually) semolina, here’s how to enjoy couscous Moroccan style.

How to Eat Couscous

Couscous is usually served on one large communal plate or bowl, with everyone eating from the same dish. The couscous itself is often plain, with a flavourful meat or vegetable stew prepared with plenty of spices, which is served on top of the pile of couscous.

While many people today use a fork or spoon to eat couscous, traditionally couscous is eaten with the hands. Do note that in Morocco, the right hand only is used for eating. Diners gather couscous between their fingertips and roll/press it into a ball to eat.

People should only eat from the section in front of them; it is impolite to take food from another person’s section. The host will often push plump pieces of meat and juicy vegetables in front of a guest of honour to ensure they get the best bits. 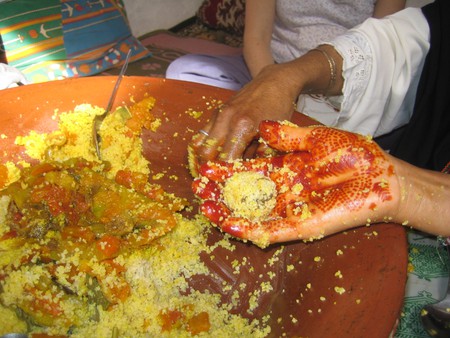 Seven Vegetable Couscous is the traditional couscous dish prepared on Fridays. Indeed, Friday is the traditional day for eating couscous in Morocco, with extended families sitting down to share a large meal following prayers at the mosque. The plain couscous is topped with a stew that, as the name suggests, contains seven different types of seasonal vegetables. It is thought to be lucky to have this number of vegetables cooked together.

Variations can be found, and meat may be added too, but typical vegetables include potatoes, carrots, turnips, squash, pumpkin, cabbage, aubergine, and courgette. Green beans, peas, chickpeas, and fava beans are also sometimes added. Tomato forms the stew’s soupy base, with plenty of aromatic spices like saffron, cumin, and black pepper. It’s common for the vegetables to be cooked until they are soft and rather mushy. If meat is added, it is typically lamb, beef, or chicken. 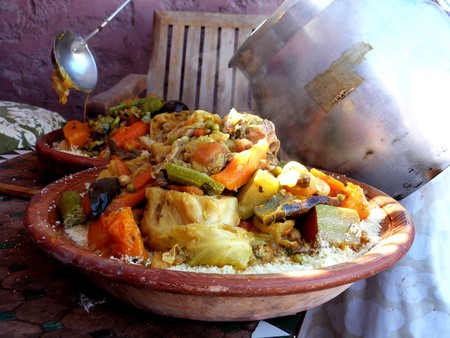 Although many families serve couscous plain for a main meal, with the flavour coming from the hearty spiced stew on top, some people do also lightly season the couscous. While the soft balls of couscous are still steaming they are sprinkled with water that has cumin and saffron mixed into it. The couscous shouldn’t be dowsed though; it is just a light sprinkling to inject some flavour and add moisture. It is topped with the same type of stew as plain couscous. 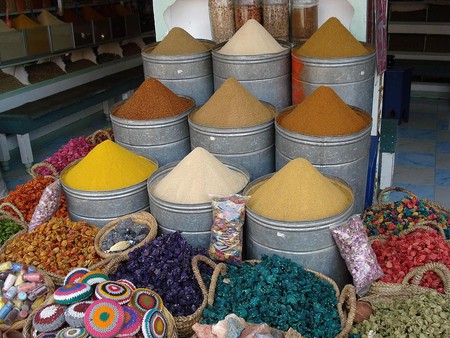 Some families stir small amounts of a thick ghee-like preserved butter through couscous before adding the stew topping. Known as smen, the preserved butter also often contains a variety of herbs and spices. Smen is, however, a delicacy, so is usually only used on special occasions or by wealthy families. 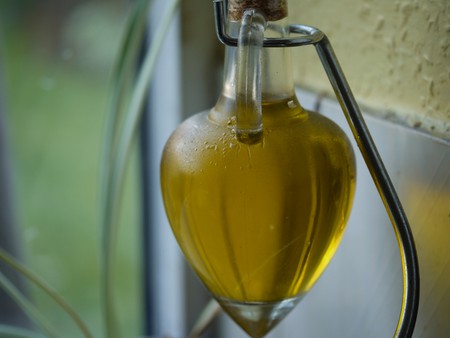 Garnishes and Side Dishes

Although a huge plate of couscous is often served on its own, some people add extra items on the side. These may include caramelised onions, known as tfaya, either alone or mixed with powdered sugar, cinnamon, and raisins, or a bowl of salsa-like harissa, which contains fiery red chilli peppers and red bell peppers.

Plain couscous can be mixed with buttermilk for a light evening snack before bedtime. Rather bland, it’s a light meal which doesn’t excite the digestive system before sleeping but prevents hunger during the night. Known in Morocco as saycouk, the couscous for this dish is made from barley rather than semolina.

Enjoyed as a dessert or on its own as a snack, sweet couscous is called seffa in Morocco. The semolina couscous is topped with powdered sugar and cinnamon. Some families add dried fruit too, such as raisins, or chopped almonds. It is common for the light sugar and dark cinnamon power to be arranged in a linear pattern down the sides of the pile of the couscous, radiating from the top central point, rather than being mixed through the balls. Alternatively, the sugar may be piled on the top. Sweet couscous may also have butter or milk with orange flower water mixed through it. 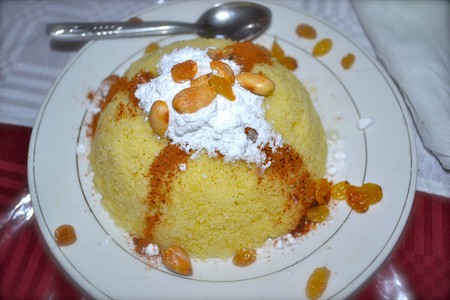 The famous Moroccan mint tea is the most common drink that people enjoy with couscous with plain water also a staple at most tables. Leben, a thick and strong-tasting type of milk is also popular with some people when they eat sweet couscous. 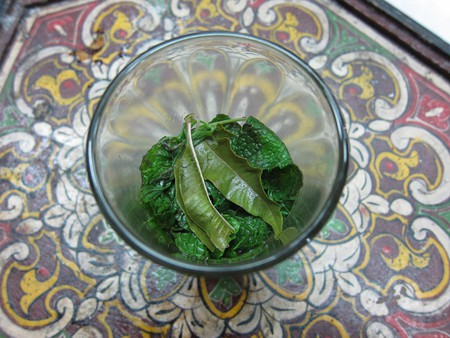 Perhaps the kingdom’s most famous dish, don’t miss trying couscous when travelling in Morocco. If you can’t get enough of the Moroccan flavours, why not take a cooking class or food tour or pick up a Moroccan cooking book to help you replicate the dish’s tastes back at home?