The Souks of Marrakech

Shadowy labyrinths illuminated by the prismatic light of glittering trinkets, where the mystic tune of the snake-charmer’s flute pierces the air, which is filled with the exotic fragrances of argan and peculiar spices – the dazzling souks of Marrakech teem with the sights, sounds and smells of North Africa, encapsulating the region’s colorful character and beauty. 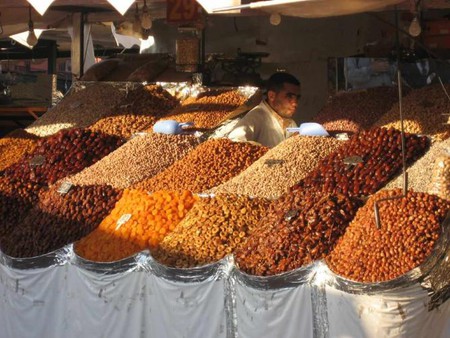 Marrakech is one of Morocco’s former imperial cities. Owing to its fairly central location, the city has long been a significant trade center – a cross-road of various interlinking merchant routes, where craftsmen from far and wide would gather to exchange goods. 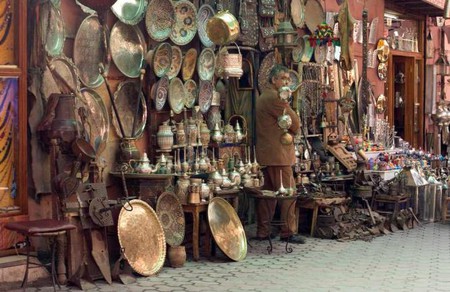 Ceramics and ironware for sale in the souks | ©Steve Curati/ Flickr

Now the fourth largest city in the country (after Casablanca, Fes and Tangier – with Rabat being the official capital) Marrakech has retained its status as Morocco’s cultural and economic hub, and is today considered the nation’s bustling metropolis. 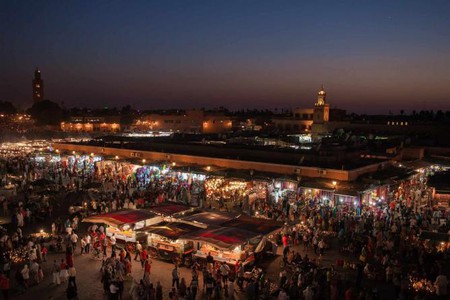 Jemaa el-Fna sits at the very heart of the city’s medina and has become perhaps the most iconic image of the country itself. A sprawling, terracotta-hued square overlooked by the Koutoubia mosque tower, Jemaa el-Fna is sprinkled with colorful food stalls, henna artists, snake-charmers, monkey-handlers and bell-clad dancers (there is even a tooth-puller armed with scissors, pliers and a bucket-full of incisors – quite literally). 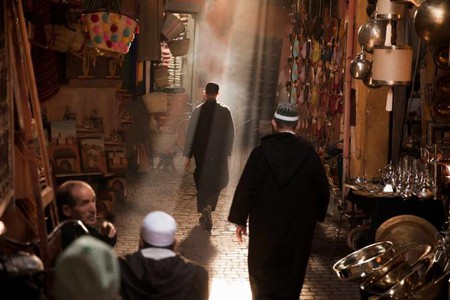 Narrow and inconspicuous, the various entrances to the souks themselves are tucked behind the restaurants and cafés that border the square – gloomy mouths to the Aladdin’s cave that lies within. The souks are a maze-like network of dim alleyways and small streets, sheltered by straw canopies through which rays of brilliant sunlight radiate off the scintillating treasures below. 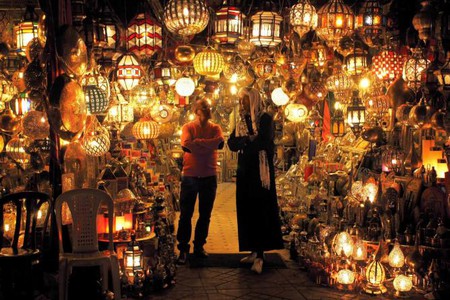 Jewelry and kaftans, lanterns and carpets, dates and figs, perfumes and tea. From iron-workers, to leather-makers, farmers to apothecaries, an array of vendors have established their workshops in the back-streets of Marrakech, making the souks one of the most vibrant and animated places on the planet.