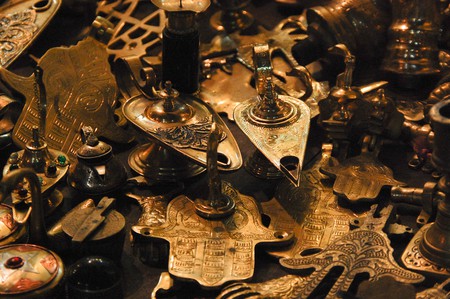 Morocco is a country with a rich literary heritage, with voices as such as 11th century Berber scholars and the Beat poets of the 1950s. But Moroccan literature is by no means rooted in the distant past, as the country’s vibrant literary scene attests. We look at 10 Moroccan writers, from well-known names to up-and-coming authors, who bring the avant-garde spirit of North Africa to life through their words. 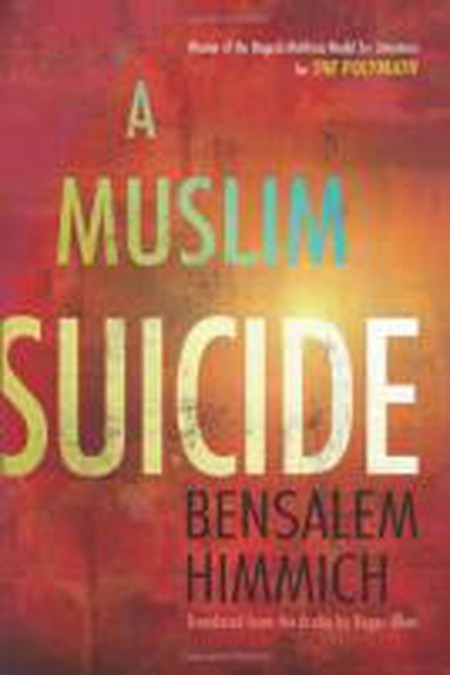 2003 UNESCO-Sharjah Prize winner Bensalem Himmich is one of Morocco’s most towering literary figures: a philosopher, author and poet, he also finds time to dedicate to his day job as a lecturer at the Mohamed V University in Rabat. Tackling somewhat esoteric topics – the life of 14th-century philosopher Ibn Khaldun, religious fanaticism and Sufism, among others – Himmich weaves history and philosophy into prose that has been variously described as ‘modernist’, ‘avant-garde’ and, perhaps surprisingly, ‘very readable’. Despite often being historical or philosophical in theme, Himmich’s works are nonetheless recognised for their unflinching character portrayals and critique of contemporary society. This is most striking in his 2011 novel My Tormenter, which was shortlisted for the International Prize for Arab Fiction, in which Himmich examines an innocent man’s extraordinary rendition and interrogation, reappropriating a torture room as space for philosophical debate.

Dubbed le chef de file du roman moderne marocain, or the grandaddy of the modern Moroccan novel, Mohamed Berrada is one of the nation’s most respected living writers. His formative years were spent in the Attajrib (Experimentation) movement, a loose group roughly analogous to postmodernism in Western fiction; attarjib works rely on the fragmentation of text and plot and make use of symbolism. Berrada’s short story Qissat al-Raʾs al-Maqtuʿa (The story of the cut-off head), in which the lack of free speech in Morocco is conveyed through the surreal adventures of a decapitated head, is a good example of his attajrib credentials. His 1987 novel Luʿbat al-Nisyan (1987; The game of forgetting), a Proustian reflection on memory and the human imagination, tells the story of a Moroccan family under the French Protectorate and later independence. Whatever his subject matter, Berrada ultimately concerns himself with the search for absolute meaning, not just in language but in life itself. 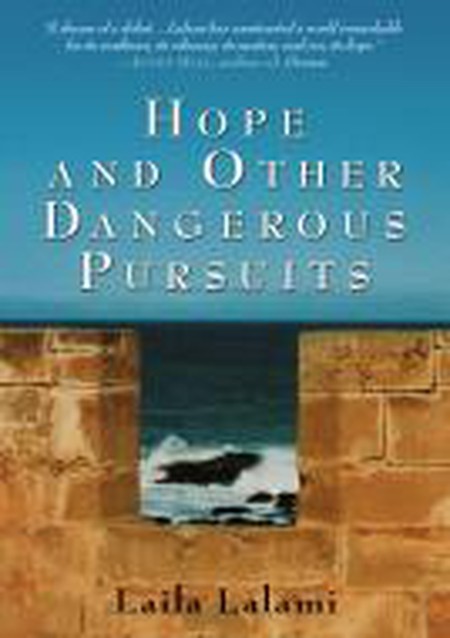 Moroccan American Laila Lalami only started writing fiction in 2005. Since then, her work has been nominated for the Orange Prize longlist and the Oregon Book Award and has been translated into ten languages. Combining her girlhood experiences of working class family life in Rabat with her later years studying in Paris, London and then California, where she is now Associate Professor of Creative Writing, Lalami’s fiction depicts the contemporary Moroccan experience from many angles. Her debut short story collection, Hope and Other Dangerous Pursuits (2005), is a trenchant examination of illegal immigration and the socio-political forces that dictate everyday lives; Secret Son, the novel that followed, explores the strains that modernisation places on Moroccan familial mores. Lalami’s unblinking depiction of the realities of modern life stems from her belief that fiction should tell the brutal truth: ‘I think some readers are looking to have their views confirmed or consoled, and that doesn’t always happen. That’s not what novels do; that’s what fairy tales do.’

Something of a literary polymath, Youssef Fadel is master of many genres. Novelist, screenwriter and playwright, his first play, The Barber in the Poor District, was made into a film in 1982, and his novel Hashish won the Grand Atlas Prize in 2001. Fadel was imprisoned for a period of time during the so-called ‘Years of Lead’, an era marked by state repression of democracy movements violent repression of activist intellectuals. His ninth novel, A Rare Blue Bird that Flies with Me, which has been shortlisted for the 2014 International Prize for Arabic Fiction, harks back to this imprisonment. The novel revolves around the disappearance of Aziz, who leaves his young wife Zina one morning and does not return. Her hunt for him lasts for the next 18 years when a message from a mysterious stranger leads her to discover her husband crouched on the floor of in a prison cell in Southern Morocco, just another casualty of Morocco’s brutal recent history. 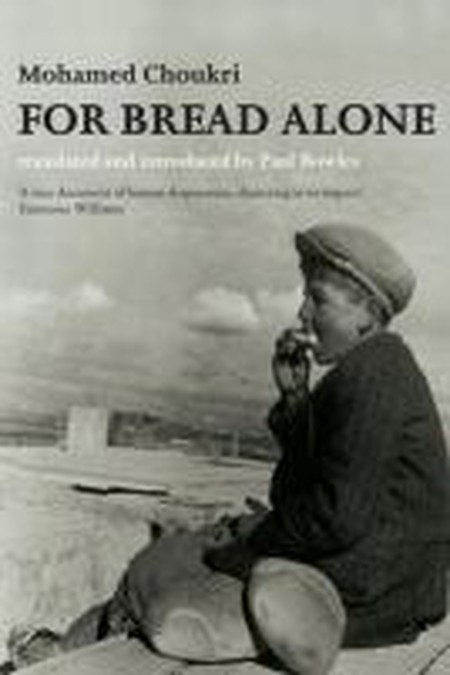 Mohamed Choukri’s path to literary renown was more than a little unorthodox. Born into a poor mountain family in 1935, he ran away while still a boy and lived rough on the streets of Tangier. It was only at the age of 20 that he learned to read or write, entering primary school to study alongside children. From these humble beginnings, Choukri went on to become one of Morocco’s most famous 20th-century writers, admired by Paul Bowles and Tennessee Williams, and living to see cinematic adaptations of his books. Choukri’s background forms the narrative structure of his most famous book, Al-khoubz Al-Hafi (For Bread Alone), the first part of an autobiographical trilogy. The book employs a stylised naïveté of language, a simple plot and, for some readers, shockingly graphic depictions of the crime, drugs and sex inherent in Moroccan street life. The Moroccan government reacted with horror, banning For Bread Alone immediately. For Tennessee Williams it was, however, ‘a true document of human desperation, shattering in its impact.’

Abdallah Laroui is another of Morocco’s literary philosophers and political theorists. The author of five novels, Laroui writes essays and novels imbued with Western critical thought, combining Arab history and narrative with an admiration for Marxist theory. Despite Laroui’s deep affinity for scholarly pursuits, his fictional works have found wide audiences in both Arabic and French versions. His most famous novel, L’Exil (The Exile), published in the late 1970s, takes place in Azemmour, a coastal town seemingly preserved in aspic while the rest of the world moves forward. The Novel, seen as a meditation on changing Moroccan identity in the 20th century, provoked much debate when it was published, at a time when Morocco teetered between tradition and modernity. 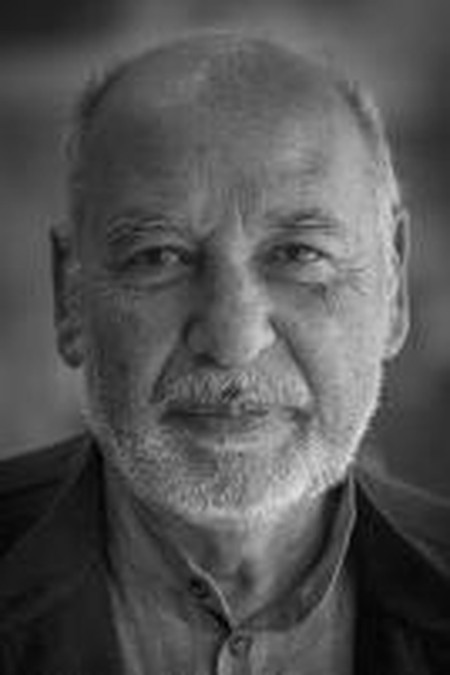 Another philosopher by trade, Tahar Ben Jelloun was one of the founding members of the magazine Souffle (Breath), a seminal cultural publication that defined the shape and style of Moroccan literary thought. Ben Jelloun started out writing poetry, but despite critical acclaim switched to fiction in the 1980s. His novel L’Enfant des Sables (The Sand Child) was coloured by Ben Jelloun’s experiences in a prison camp during the Years of Lead; his second book, La Nuit Sacree (The Sacred Night), won him the Prix Goncourt in 1987, making him the first author from the Maghreb to win the award. Equally inspired by literary greats such as James Joyce (Ulysses kept the author company during his imprisonment) and the city of Tangier, ‘where it’s possible to see the Atlantic and the Mediterranean at the same time’, Ben Jelloun has one eye on North Africa and the other on the West, bringing the best of both intellectual spheres to his works.

Abdelhak Serhane was one of the most vocal critics of King Hassan II’s oppressive Years of Lead, a position that led the author to spend time in Canada in a self-imposed exile. Although he later returned to Morocco and now spends much of his time there, Serhane remains critical of much within his birth country: corruption, venality and political wrong-doing remain in his sights as a writer and critic. His 6 published novels bear the marks of his political convictions and have seen him achieve literary renown worldwide. 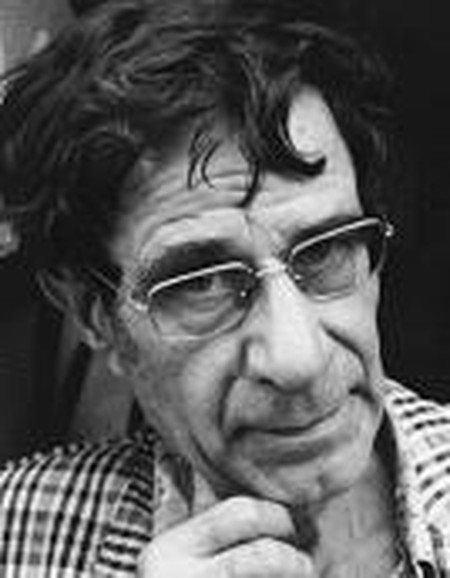 When he died in 2007, Driss Chraibi was one of Morocco’s best-loved authors. But he didn’t start out wanting to write books; rather, he studied chemistry in Paris after World War II, only turning to fiction and journalism in the 1950s. His first novel, Le Passé Simple, perhaps remains his most widely read and, to some extent, his most controversial work. The book, which was published during Morocco’s struggle for independence from its French colonisers, rails against many aspects of Moroccan society of the 1950s: patriarchy, the stranglehold of Quranic schools, the oppression of women. Memorably, the novel ends with the protagonist fleeing for France and using the toilet on the plane, hoping that ‘every drop falls on the heads of those I know well, who know me well, and whom I despise.’ In the long run, Chraibi’s unflinching honesty served him well and, when he eventually returned from France to his homeland, he was hailed as a visionary writer and rehabilitated into the fabric of Moroccan literary history.

Abdelrahim Lahbibi joins Youssef Fadel on the 2014 shortlist for the International Prize for Arabic Fiction. The Journeys of Abdi’, known as son of Samira, the book for which he is nominated, tells the metaliterary tale of a researcher who finds and attempts to edit an ancient manuscript, along the way reflecting on traditional Arab society and its possible manifestations in modern life. This self-referential style places Lahbibi alongside authors such as Italy’s Umberto Eco and Chile’s Roberto Bolaño, both of whom wrote works characterised by their text-within-a-text format, converting apparently dusty scholarly pastimes into gripping, allusive narratives. The scholarly milieu is one with which Lahbibi is familiar: a student of Arabic Language in early years, he went on to teach Arabic Language and Literature before turning to writing full time and, so far, producing three novels.