Reasons Why You Should Visit Fez at Least Once 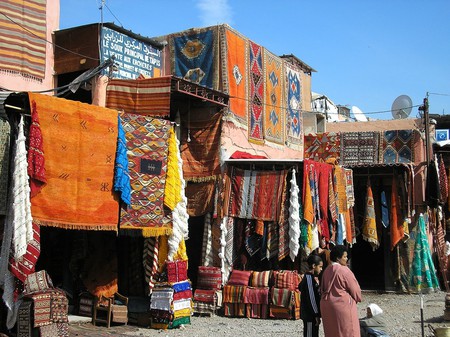 An authentic mix between the 8th-century Fez el Bali, the 13th-century Fez el Jdid, and the 20th-century Ville Nouvelle (built by the French), the oldest colonial city of Morocco is now becoming more and more famous. Here are some of the reasons why adding Fez to a travel itinerary is a must-do.

This festival takes place in Tissa, a town 30 miles east of Fez. The little town turns into a party central during the festival, with different kinds of traditional food, music, dancing, Moroccan tents, and loads of mint tea available. The real show, however, is when the performers on horseback come out to show their equestrian skills and the quality of their purebred Arab stallions.

Built in the 11th century, Chouara is the largest medieval—and still intact—tannery. The tannery is surrounded by leather shops and people who will offer mint ‘for free’ due to the repugnant smell of the skins and other materials. 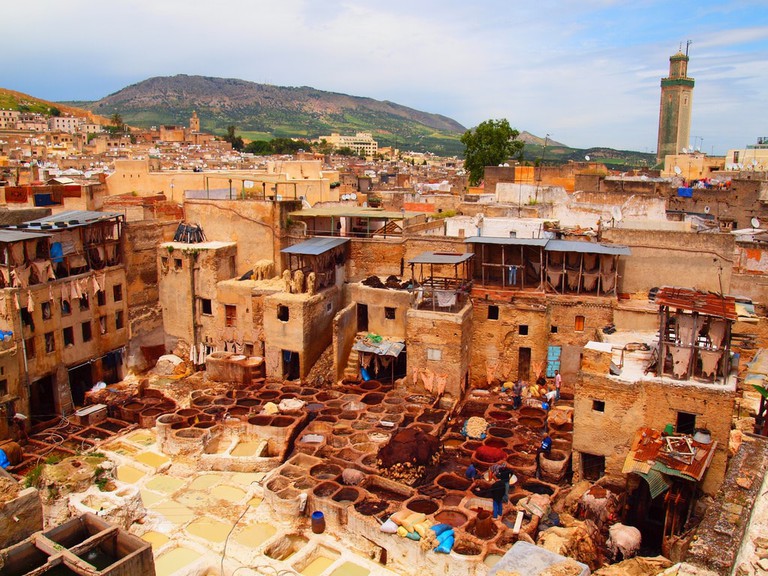 A tannery in Fez | © Torrenegra/Flickr

The many bakeries in Old Medina

There are several bakeries in the labyrinth that is Fez el Bali, but everything is homemade. The most popular kind of bread in Morocco is khobz, a flat round bread that they bake for local restaurants and riads. Keep an eye open for the elderly women who take their freshly kneaded dough, covered in cloths, to bake in an oven.

The Roman ruins of Volubilis 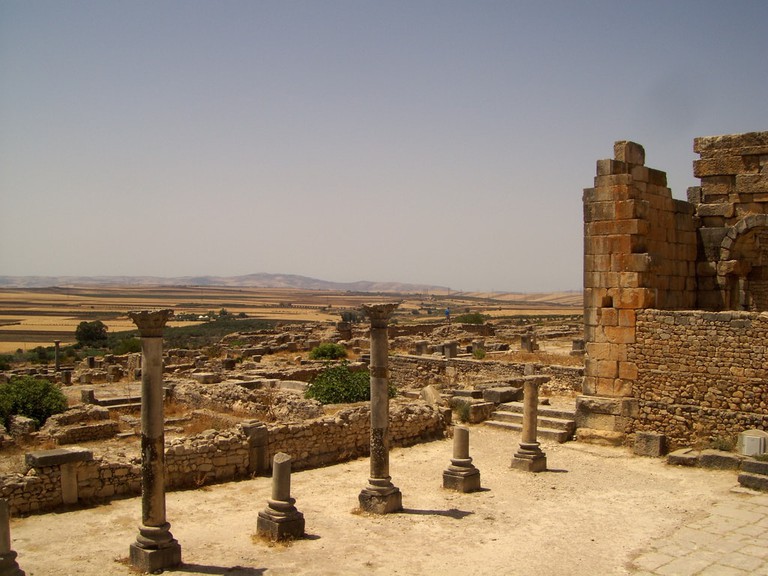 Volubili | © Matteo Martinello/Flickr
These impressive Roman ruins are located just 44 miles away from Fez. They developed from the 3rd century BC, but it rapidly grew under the Roman empire on the 1st century AD.

Today, it is a UNESCO World Heritage Site, listed for being ‘an exceptionally well preserved example of a large Roman colonial town on the fringes of the Empire’.
Open In Google Maps
Fez-Meknès, Morocco
Give us feedback

Yes, camel butchers are a thing, and where would they be more of a thing than in Morocco?

Fez el Bali is one of the main places where they are present. It is a true delicacy, and the butchers decorate their shop with camel heads and meat. It is quite honestly worth a visit.

Many have seen those Pinterest posts with amazing red rugs with all kinds of details on them or white ones with sequins. Everyone is hungry for these rugs since they are handmade in Morocco, and they cost quite a fortune anywhere else.

There are numerous shops that sell these carpets in Fez el Bali. Sellers will most likely ask for an extremely high amount of money, so be prepared to haggle until they offer or accept a more affordable price.

The view over Fez

Last but not least, the view of Fez from any high point of the town is absolutely mesmerizing. This whole city is a treasure hidden in Morocco. 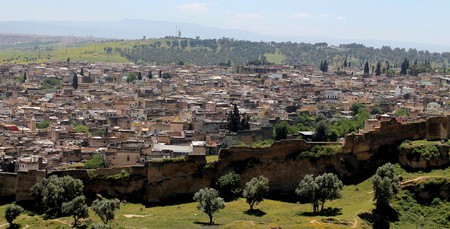