Most Impressive Buildings in Casablanca 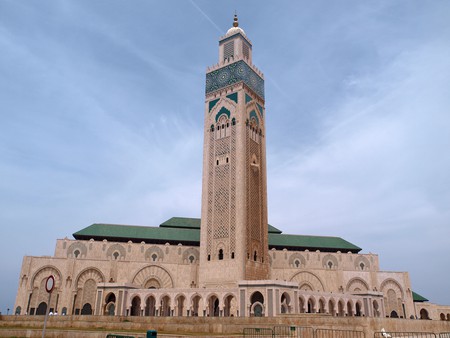 While the large city of Casablanca might not be known as one of Morocco’s best places for beautiful buildings, that doesn’t mean that you won’t find some striking architecture to admire. The city is especially known for its Art Deco buildings and structures from the French colonial times.

The stunning Hassan II Mosque is one of the most famous sights in Casablanca. Constructed in the 1990s, it commemorates the 60th birthday of the country’s former king. Among the biggest mosques in the world, the photogenic building sits alongside the coast. Non-Muslims are permitted inside at certain times of the day, allowing visitors to admire the splendour both inside and out. It was built using the finest materials and the skills of the very best artisans from around the country. Admire the vibrant tilework and carvings. Indeed, it is one of the most attractive buildings in the whole of Morocco, and is often said to be one of the most splendid mosques in the entire world. 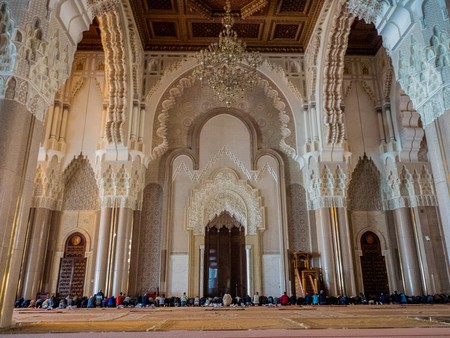 The Scala (also spelt Sqala) is what remains of the old Portuguese-style fortress. It’s easy to imagine how the defensive building would have looked in the past, and old cannons in parts of the walls add to the atmosphere. The ramparts also offer great views over the ocean.

The Royal Palace of Casablanca serves as the King’s official city residence. A grand complex, visitors can, unfortunately, only admire the outer gate and walls. The ornate gate gives you a glimpse of the grandeur that lies beyond. Colorful, opulent and displaying fine details, it’s still worth stopping to see the entrance to the palace even though you can’t go inside. 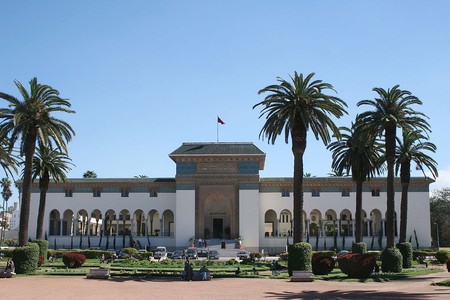 The main post office in Casablanca, located on Place Mohammed V, the Grande Poste was built in the early 1900s during the French colonial era. While the outside is impressive, step inside and you can see the original Art Deco interiors.

Yet another elegant building that can be found at the edge of Place Mohammed V, the lovely Wilaya is an administrative building. Its most impressive feature is an Art Deco clock tower.

Although called a cathedral, the large white building was never actually the seat of a bishop. Constructed in the 1930s, Casablanca’s Sacre Coeur Cathedral was used as a Christian place of worship up until the 1950s. Now abandoned and disused, the façade still presents an impressive sight. Two towers, topped with domed bell chambers, stand either side of the arched main entrance. 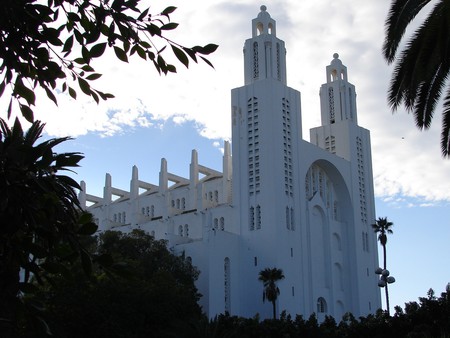 Featuring white façades, a high roof, an elongated form and an unusually shaped front, Notre Dame de Lourdes in Casablanca was built in the 1950s. It’s a fine example of European modernist architecture, and the colourful stained glass is a striking contrast to the pale walls. 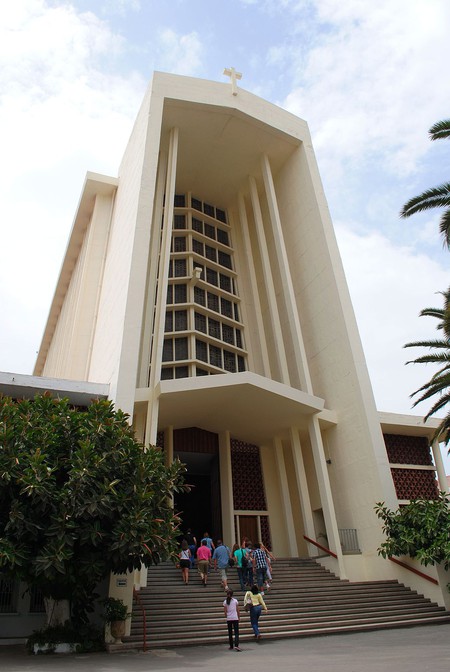 The Villa des Arts is located inside an elegant Art Deco mansion from the 1930s. Admire the building’s exteriors before stepping inside to appreciate the works of modern art.

The two 115-metre-tall towers of Casablanca’s Twin Centre stand proudly on the city skyline, looming above the surrounding buildings. Among the most modern pieces of architecture in Casablanca, the towers house apartments, a hotel, offices, restaurants, shops, spas and more. Bar 28, on the top floor of one of the towers, is a top spot to soak up sweeping city vistas. 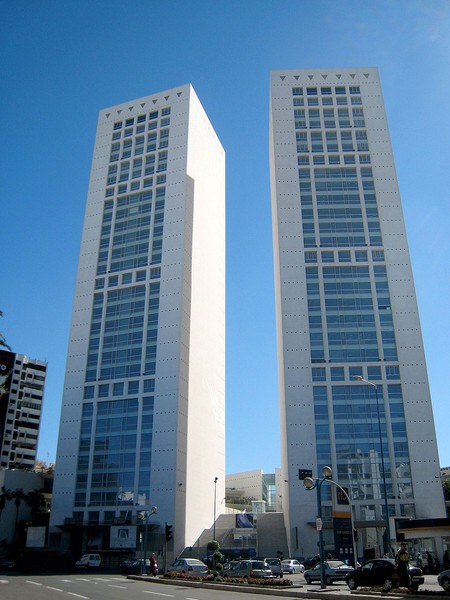 There are several hotels around Casablanca that are in renovated and restored buildings from time gone by. Examples include Hotel Transatlantique and Hotel Guynemer. Other interesting buildings around Casablanca are the ship-like Cafe Champs Elyssee in the area of Mers Sultan, Cinema Rialto and the abandoned Hotel Lincoln.

Don’t, however, expect to see too many places from the iconic black and white movie, Casablanca; although set in the city, most scenes were shot in studios in the USA.