Morocco's Most Notable Football Players You Should Know 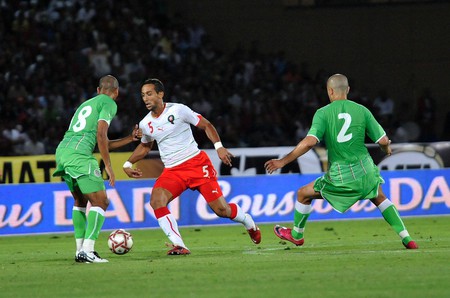 Mehdi Benatia (in white) in a match against Algeria | © mustapha_ennaimi / WikiCommons

Discover the 10 players you should know about.

Hakim Ziyech is a 25-year-old Dutch-Moroccan football player who has been playing for the Ajax Amsterdam team since 2016. Ziyech had a tough start in life, with eight brothers and sisters supported by only their mother, who was unemployed. Although he has been through a rough path, he kept fighting for his dream of one day becoming a professional football player. Ziyech had the choice between playing for the Dutch or the Moroccan team at the 2018 World Cup, but chose the latter due to his origins.

Benatia was born in France to a Moroccan father and an Algerian mother. After playing for several French teams, he finally signed the biggest deal of his lifetime yet, a €26 million (£22,811,400) deal with Bayern Munich, where he led most of the season as a centre back. In the Summer of 2016, he was signed to Italian football club Juventus, where he currently plays. Benatia made his international debut for Morocco in 2008, and is now the captain of Les Lions de l’Atlas, who are competing in the World Cup.

Mehdi Benatia (in white) in a match against Algeria | © mustapha_ennaimi / WikiCommons

Achraf Hakimi has made headlines for playing in the match that won the Champions League for Real Madrid. Born in Madrid in 1998 to Moroccan parents, Achraf entered the Real Madrid youth setup in 2006, where he was quickly noticed for being strong, fast and skilled. It was only last Fall that he made his first team debut in the main squad, playing La Liga. Achraf chose to play for the Moroccan national team because he feels Moroccan at heart.

Fayçal Fajr was born in France in 1988 and plays for the Spanish football club, Getafe Cf, as an attacking midfielder. He started his career in France, where he joined multiple clubs before finally deciding to move to Spain to pursue his football career. He made his Spanish debut in 2014 playing for Elche, and in 2017, signed a two-year contract with Getafe CF. Fajr made his international debut for Morocco winning against Guinea, qualifying them for the 2018 World Cup.

Romain Saïss is a professional footballer born to a French-Moroccan father and a French mother. He currently plays for the English club, Wolverhampton Wanderers, as well as for Morocco’s national team as a defender. He played for three French teams before moving to the UK, and made his international debut for Morocco alongside Medhi Benatia; the two are considered the strongest players.

Nordin Amrabat was born in 1987 in the Netherlands, and plays for English club Watford, as well as the Morocco national team. He played for many Dutch football teams before moving to Spain, where he played for two years for the Malaga team. In 2016, he joined Premier League club Watford, where he currently plays, and a year later he agreed to a one-year loan to Spanish club CD Leganés. Amrabat debuted on the Morocco national team in 2011, and in 2018, he was named as one of the 23 final players. 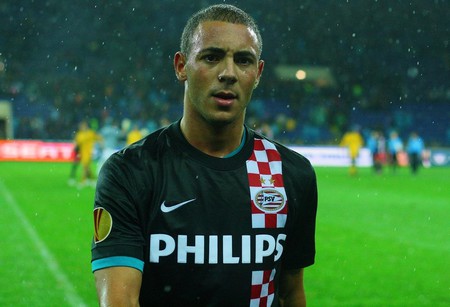 Hamza Mendyl is a 20-year-old professional footballer who was born in Casablanca to an Ivorian father and a Moroccan mother. He spent most of his life training in Morocco, and although he only made his professional debut last year playing for Ligue 1 side Lille, he demonstrated many skills, which got him noticed to make the final 23-man squad for the 2018 World Cup.

Manuel Marouane da Costa Senoussi was born in 1987 in France to parents of Portuguese and Moroccan descent. He played for teams such as Nancy, Nacional and West Ham United, and currently plays for Turkish club Başakşehir with whom he signed a two-year contract. Da Costa made his international debut for Portugal, where he played for several years before moving on to Morocco where he first played at the 2015 Africa Cup of Nations.

Munir Mohamedi is the goalkeeper of the Moroccan team. He grew up in Melilla, Spain, playing football in the street with his neighbours until he realized he wanted to turn the game into a career. He played for many Spanish teams – notably the CD Numancia from 2014 – as a skilled goalkeeper. After Hervé Renard became the manager of the Moroccan team, Munir became the first goalkeeper of Les Lions de l’Atlas, which led to his recruitment for the World Cup team.

Yassine Bounou, also known as Bono, is a professional Moroccan football player who was born in Canada. Having moved back to Morocco at an early age, he joined Wydad Casablanca in 2011. In 2012, he moved to Spain, where he played for Atlético de Madrid’s Segunda División and later joined the Girona FC for a two-year deal, where he currently plays. Bounou had the choice to represent either Canada or Morocco on an international level, but he chose Morocco because that’s where he considers he is really from.