How Morocco Is Home to a Sacred Christian Tomb 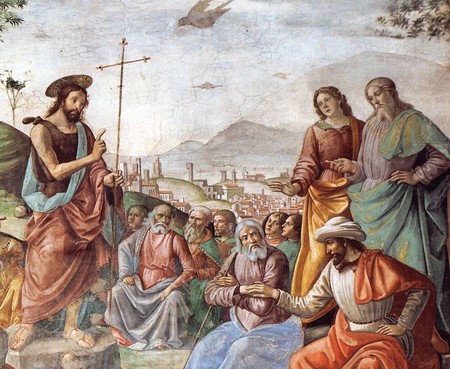 Morocco is a predominantly Muslim nation, with around 99 percent of Moroccans identifying as followers of the Islamic faith. Yet if you visit the eastern city of Oujda you will find a shrine that is believed by some to be important for Christians (as well as Muslims): the Shrine of Sidi Yahia Ben Younes. A lot of people believe that this shrine contains the remains of John the Baptist, a significant Christian saint. But why was a Christian saint thought to have been buried in Morocco? Read on to learn more.

Morocco has long historic connections with Judaism, with a large Jewish community having called the country home in times gone by. Influences from Judaism can still be seen around the country today, including in the local cuisine and landmarks. The number of Jews living in Morocco today is very small, with many having repatriated to Israel when it was newly formed.

Islam reached Morocco in 680, eventually becoming the dominant religion. Before Islam, invaders from the Roman Empire had sought to introduce Christianity to the lands. While they did convert some of the local nomadic Berber people, Christianity all but disappeared when Islam arrived. Christianity certainly didn’t play such a large role in the nation’s past as Judaism.

There are hidden Christian communities in Morocco today, with most known Christians coming from expatriate groups. The ‘secret’ Moroccan Christians are largely people who wished to change their religion in modern times, and not people who come from long-practicing Christian families. Given the small influence of Christianity in Morocco, it is perhaps rather curious that the country has such a significant Christian site. 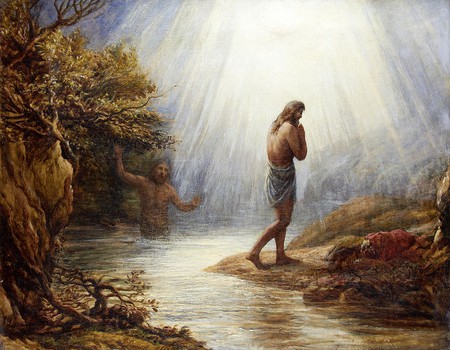 Who was John the Baptist?

Despite being an important saint in Christianity, John the Baptist was not Christian. He preceded Jesus Christ and was a Jewish preacher in the first century. It is said that he baptised Jesus Christ.

John the Baptist has been recognised as a prophet in several religions, including Christianity, Islam, and Baha’i. He is also considered to be a saint by many Christians.

In Islam, John the Baptist is known as Yahya. He is mentioned in the Quran, the Islamic holy text, and is thought by Muslims to have been a prophet and a messenger who would tell people of the coming of Jesus Christ, also an important prophet in Islam as well as the leading figure in Christianity. The three major Abrahamic religions of Judaism, Christianity, and Islam have many of the same figures.

Christian gospels tell of the beheading of John the Baptist on the orders of Herod, a Jewish ruler of the Roman Empire. Various branches of Christianity honour the event with a feast day or a commemoration. 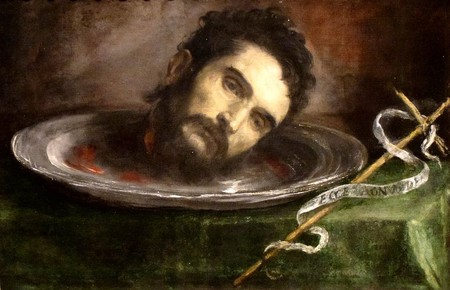 Painting of the head of St John the Baptist | © Wmpearl / WikiCommons

The diverse accounts of John the Baptist’s burial

Religious stories say that, after the beheading, it was forbidden for John the Baptist’s head and body to be buried together. Various tales abound as to where each part was subsequently laid to rest, although many scholars today believe that the execution and beheading took place close to the Dead Sea, in lands that are now part of Jordan.

It is believed by many that the relics were carried far and wide, treasured by people from different belief systems. There are some people that believe at least part of the prophet was buried in the ancient city of Samaria, today part of the Palestinian territories. Others hold that his remains were taken to Alexandria in Egypt. There are bones at Istanbul’s Topkapi Palace that are said to be John the Baptist’s, and other accounts that place the head in Damascus in Syria, the Italian capital of Rome, and Amiens in France. Fairly recent scientific investigations have said that bones in an ancient monastery on a Bulgarian island are those of the ill-fated prophet. There are also those who hold firm to the belief that at least part of the man is buried in Morocco’s city of Oujda. 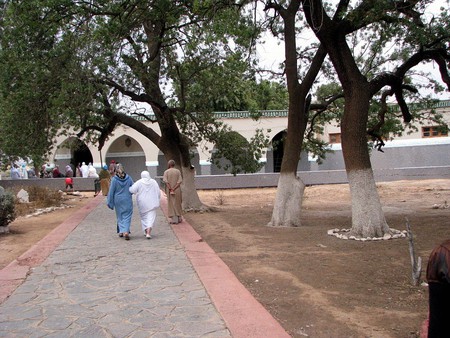 The Shrine of Sidi Yahia Ben Younes (sometimes also spelt as Yahya) is located in the Moroccan city of Oujda, a city in the east of the country and close to the border with Algeria. Oujda has been the scene of many battles, with Berber groups, Arabs, Turks, and, in more recent history, French all having fought over the area at some point. The city today has a largely modern appearance, though there are a few reminders of the city’s ancient past if you look hard enough.

The small shrine sits in a park filled with eucalyptus trees, and it is a popular place for locals to come and relax outdoors. A number of vendors sell religious memorabilia as well as snacks and drinks. Non Muslims are not permitted inside the actual tomb, which contains traditional carpets and a tomb covered with green silk. The shrine is named after the area’s patron saint, Sidi Yahia Ben Younes, believed by some to have been John the Baptist. While there are no solid reasons given for this belief, it is one that is strong and unshakable among believers. Some people say that the saint was buried underneath the trees, while others maintain that he is, indeed, within the tomb. Each year the city holds two religious celebrations to honour the saint, one in August and the other in September. 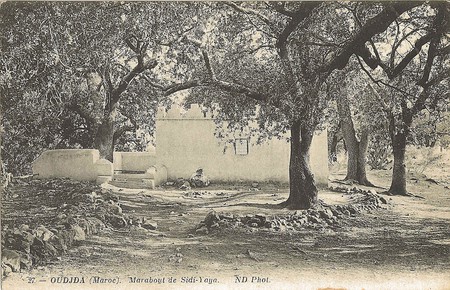 Although the truth of where John the Baptist, or Sidi Yahia Ben Younes, was finally placed will likely be never uncovered, it is, nonetheless, interesting to see how Morocco features in this age-old mystery and legend that spans several cultures, countries, and religions.