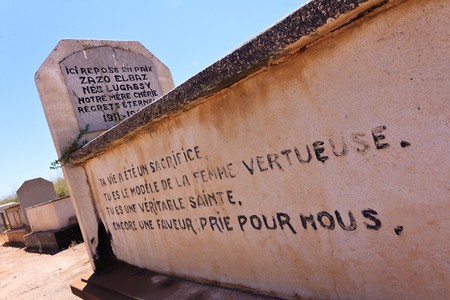 While the Jewish population in Marrakech is dwindling, historical sites including the Mellah area where the Jewish community lived, the El Azama synagogue and the Miara Jewish cemetery provide an understanding of this once-thriving Jewish community that co-existed throughout Morocco. In fact, at one time there were up to 31,000 residents living in the Mellah. We take a look at the largest Jewish cemetery in Morocco. 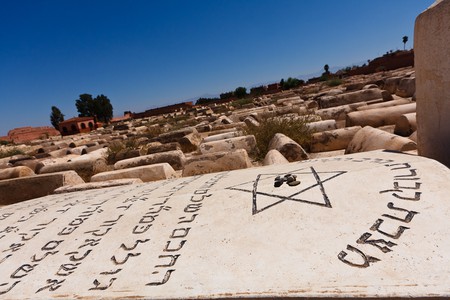 The cemetery is accessed via a wooden door with a Hebrew sign above and inside there are spaces for mourners, congregation halls and separate burial grounds for men, women and children as it is customary not to bury a woman next to any man but her husband in the Jewish faith.

While the cemetery dates back six hundred years, some of the tombstones have been built with scripts carved in Hebrew, while others are undecorated stone with candleholders. Given the limited space, the cemetery has three layers of burial grounds marked by the tombstones made from stone. Pay attention to the distinctive tombstones of those who fled Spain during the Spanish Inquisition when many Sephardic Jews relocated to Morocco from Andalusia. 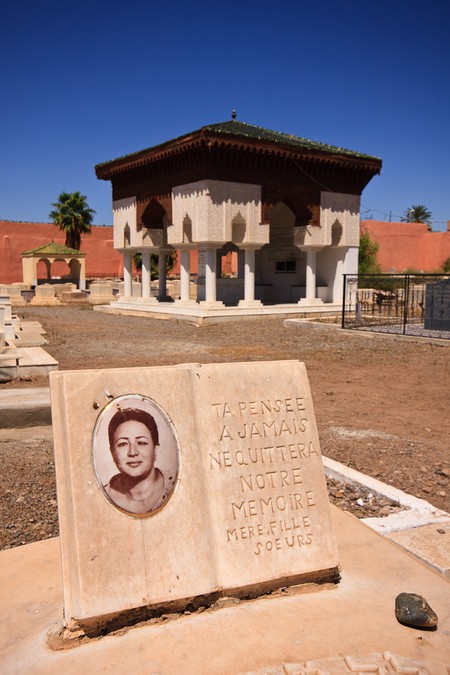 The outer perimeter is lined with mausoleums where prominent rabbis are laid to rest. The closer an individual is laid to rest to the grave of a rabbi, the more honourable it is considered.

Located in the Mellah area, the Jewish quarter of the medina, foot pedestrians will find the cemetery by walking straight through the Mellah to Avenue Taoulat El Miara. 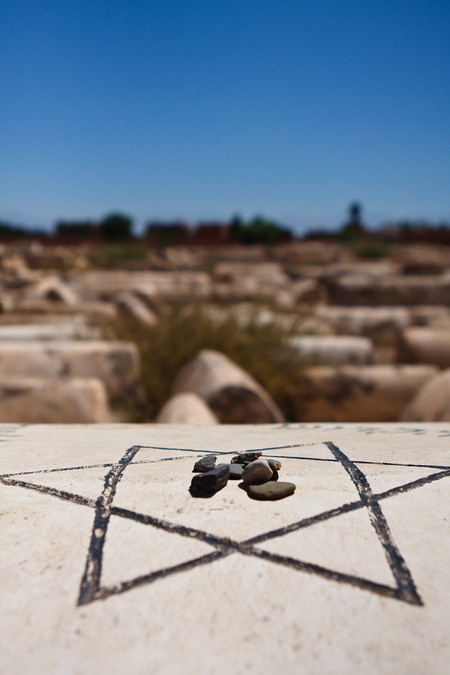 The cemetery is open to the public daily and upon exit it is customary to wash your hands at the fountain at the entrance. Men may be given a skullcap to wear while visiting the premises. It is customary to tip the guardian 10 to 20 dhs for your visit.