Hungerlust: Tanjia, the Moroccan Dish Made With Fire and Friendship

In Morocco, food is all about conviviality, shared experience and tradition. That’s why tanjia, a slow-cooked meat stew in a specific-size pot, is so prized. Eating tanjia – made from cheap cuts of meat and spices cooked for hours in a communal oven stoked by a local – is the ultimate expression of love and respect for Marrakechi culture.

Marrakech is a bustling, thriving city filled to the brim with market stalls and crowded streets, but the people who live here always make time to sit down for a meal. And while tagine is often thought of as the classic food of Morocco, tanjia is just as delicious. Authentic tanjia is cooked in an urn that is nestled in the warm ashes of an enormous communal oven called a furan, and Maloud Bin Faraji Rahal Soudani, who looks after one of these in Marrakech, is an expert at making sure that his customers’ dinner never burns. 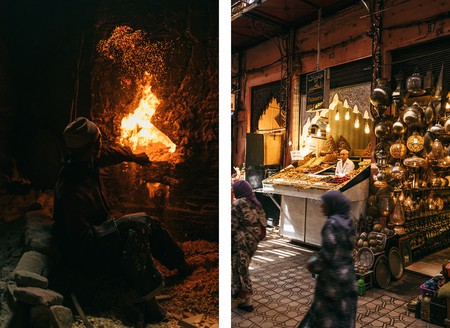 Those looking to make tanjia can stock up ingredients at the Marrakech’s markets, then watch it cooked by fire | Will J Elsom / © Culture Trip

While it’s likely that you’d recognise a tagine dish, the vessel that tanjia is made in isn’t so widely known. Made of clay and shaped like an amphora, it was originally used to transport olive oil. The word ‘tanjia’ refers to both the pot and the dish, which over the years started to be used as a cooking vessel by Marrakech’s working men. The food is also sometimes called bent r’mad, or ‘daughter of ashes’, as the clay urn is tucked into the ashes of the fire for its long, slow cook. 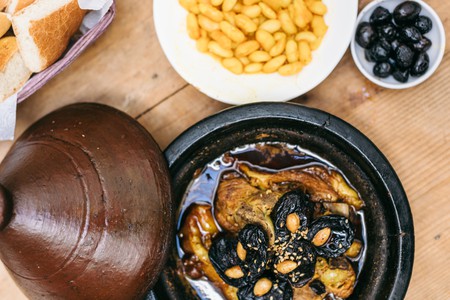 As Bouldine, the founder of Boho 27 Hostel in Marrakech, explains: “Tanjia is the only dish that physically takes you travelling through Marrakech. You can’t find it anywhere else, even in Morocco. In Marrakech people eat tanjia in one dish, on one table.” 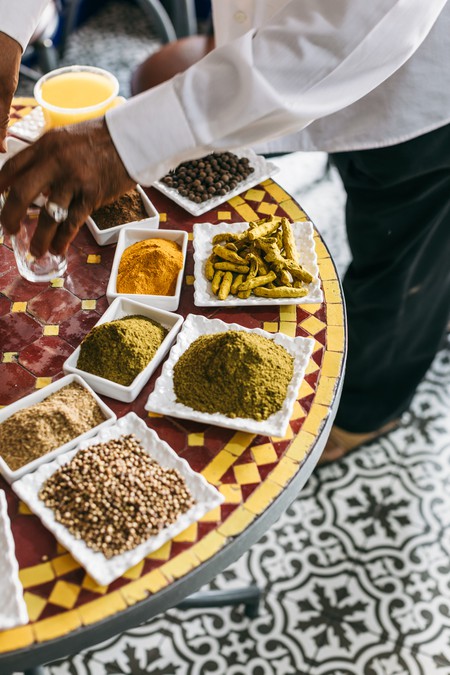 The dish is infused with a host of spices, like saffron and cumin | Will J Elsom / © Culture Trip

The tradition of tanjia

While anything can be cooked in a tanjia, traditionally meat such as beef back or veal shank is a major component of the dish; the low temperature and long cooking time ensure a tender, confit-like result. Visit any butcher in Marrakech and ask for meat for a tanjia and they’ll know what to give you – most often the cheaper, fatty cuts that come into their own in a stew. “Picking up the ingredients for tanjia in the market is part of a tradition that has gone back hundreds of years,” says Bouldine. Yassin Bilouche, a Marrakechi butcher, shares his tip for a flawless result: “Always say ‘In the name of God’ before you put the meat in so it comes out nicely.” 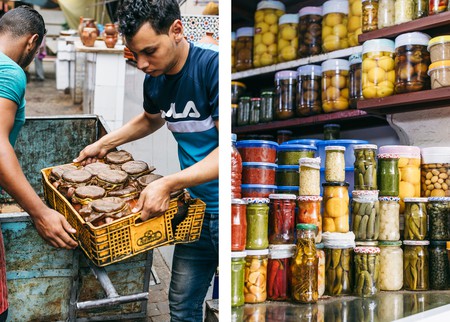 Spices are another important ingredient. Saffron, cumin, garlic and preserved lemon are common. Vegetables such as onions and pulses such as chickpeas or other beans can be included, but a simple version just with meat, spices and a very small amount of water is the most frequently eaten. It’s the lack of liquid that makes the meat so giving.

Tanjia, a dish for men

Tanjia has a history as rich as the meat it’s made from. Because it’s such a simple, cheap dish to make, it has a reputation as being a dish for single, working men to prepare before work, leave cooking in the furan while they toil and then share with their friends come mealtime. Sometimes groups of men would band together to buy the ingredients for tanjia, allowing them to enjoy it together even more easily. 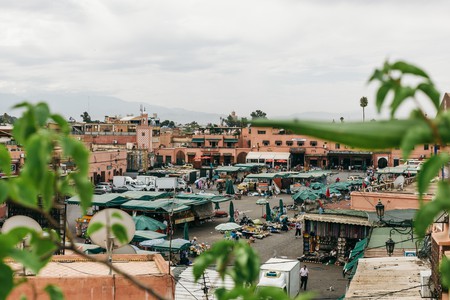 Although Morocco has become known for tajine, Marrakech is the only place you can find tanjia | Will J Elsom / © Culture Trip

The sharing aspect of the dish persists today. Soudani, tender of one of the city’s traditional communal fires where tanjia is forged, has been providing his customers with flawless foods for years. “A Marrakechi will invite his friends over,” he says. “He will go and prepare a tanjia. He makes it and calls his friends when it’s ready and he sits with them and they pass time in each other’s company. His friends will say, ‘We are hungry!’ And he will say, ‘Dinner is ready.’ The tanjia is cooking around the corner. He just has to clap and the tanjia will arrive. A big celebration!” 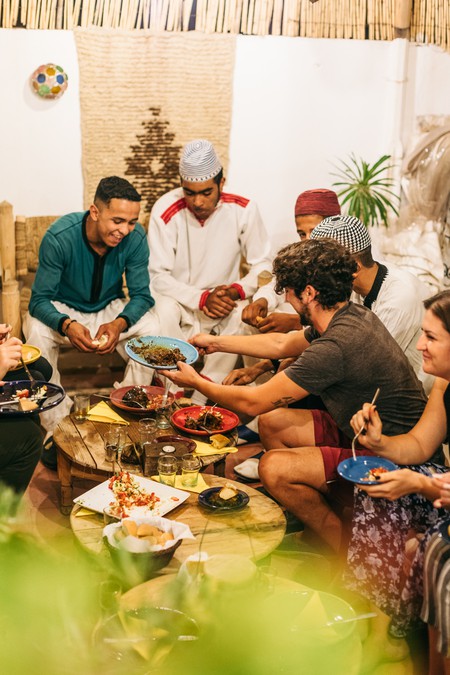 Just as tanjia is crafted by many hands, it must be shared by many as well | Will J Elsom / © Culture Trip

How is tanjia cooked?

Once all the ingredients have been added to the urn, it’s sealed with parchment paper that is tied over the neck of the amphora with string or wire. The surface of the paper is then pierced so steam can escape through the holes – a crucial step, as otherwise the result will be too watery.

Carried by its handle to the communal oven, the tanjia is placed into the ashes of the roaring hot fire and left there for a good few hours – there’s no precise cooking time as the meat takes a while to cook and thus isn’t prone to becoming dry and tough. 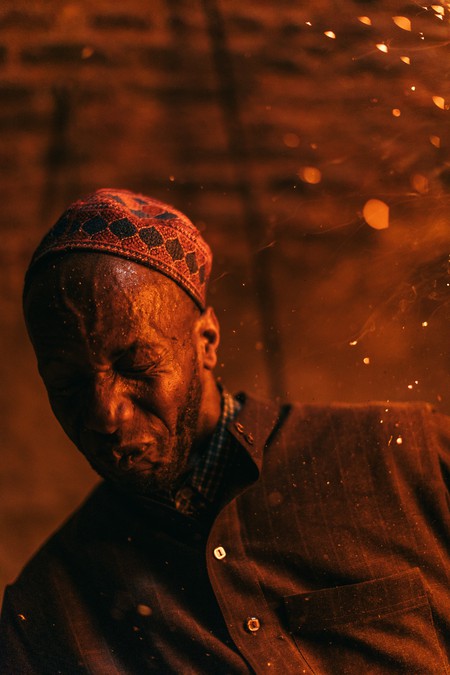 “Only a few people understand the responsibility it takes to run the furnace,” says Soudani. “When someone brings you a tanjia [to cook], it’s because they appreciate your work. That tanjia is a depiction of you. When he pours it out to eat, I will either feel proud or disappointed.”