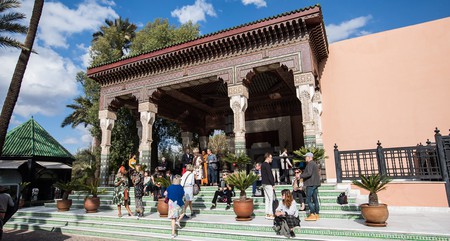 As the second edition of the 1-54 Contemporary African Art Fair opens in Marrakech, Culture Trip talks to its founding director, Touria El Glaoui, about the importance of dedicating an art fair to contemporary art from Africa and its diaspora.

Now in its seventh year, 1-54 has expanded beyond its London edition into an internationally acclaimed fair in New York and Marrakech. Founded by Touria El Glaoui in 2013 at Somerset House, 1-54 has proved an important platform from which to champion art from the African continent – telling countless stories about what it means to be African.

In her former professional life, Touria travelled all over Africa exploring the local art scene. “I was mesmerised by the fantastic work I would see in those countries. I was always wondering why there was absolutely no trace of these fantastic artists I was seeing in Europe where I was living or America where I was working a lot,” she says. “It was like living in a parallel world where I was seeing amazing, fantastic, blow-my-mind type of art and nobody was paying attention.” 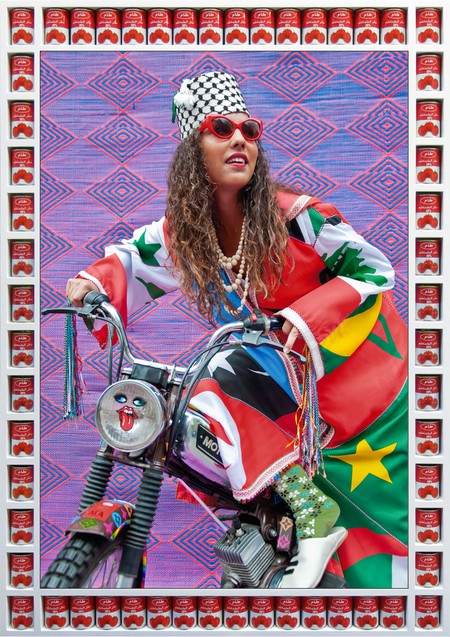 Touria’s passion and curiosity about art come from being the daughter of an artist – the famous Moroccan painter Hassan El Glaoui. While working on his catalogue raisonné, “a light bulb went on” as she puts it. “I understood my dad had this international visibility early on in his career because he belonged to international collections. And what was missing for those artists was international visibility because people don’t go to Africa to see the art, or maybe they don’t even associate Africa with contemporary art.”

She launched the fair in London during Frieze Week because she knew the importance of attracting an international circuit. “I really wanted to piggyback on Frieze and all those collectors in town who were always curious to see new things,” she says. “And I needed a fantastic space that was really central.” And her strategy paid off. “The galleries all sold out, and we were criticised for them not bringing enough work. I didn’t know where I was going with this, but it was fun to do.”

Touria has listened to not only the collectors but also the galleries, whom she considers the real pioneers. The fair has subsequently grown, taking over more of Somerset House and travelling to New York. Touria then set her sights on an African edition. To make it a success, Touria needed somewhere with a collector base or a location where she could attract collectors and galleries. In 2018, 1-54 Marrakech opened. 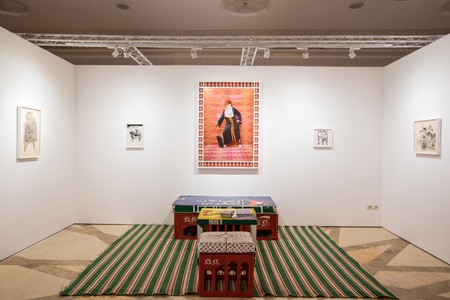 “When we started the fair [in London], North African galleries didn’t want to do it. They thought we were more focused on South and Sub-Saharan Africa. By doing it in North Africa, we suddenly had all the French-speaking collectors who never showed up in London. We also had galleries that didn’t want to do London and New York.”

For 2019, its second edition, 60 artists represented by 18 galleries from 11 countries will display their artwork in the luxurious setting of La Mamounia, which Touria describes as “a beautiful old palace that has the most charisma of any building in Marrakech”. There will be seven galleries from Africa including Galerie Cécile Fakhoury, based in Abidjan, capital of the Ivory Coast, as well as Dakar, Senegal; Retro Africa from Abuja, Nigeria; and for the first time, Goodman Gallery from Johannesburg and Cape Town, South Africa.

“The atmosphere of all being in the same city at the same time for a cultural experience is amazing,” says Touria. “The difference between London and New York is that in Marrakech, we are the central stage, not the satellite fair.” 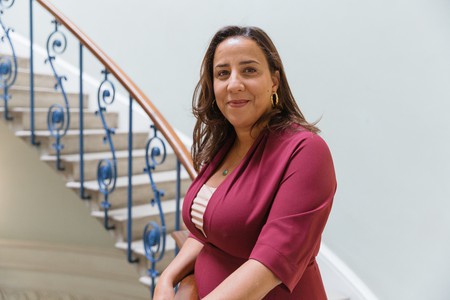 Just as she’s utilised Somerset House’s courtyard for large-scale installations such as Zak Ove’s The Masque of Blackness or instigating free exhibitions that exist beyond the duration of the fair, in Marrakech, Touria’s worked with other significant arts institutions like MACAAL, which timed their launch with the first edition of the fair in Marrakech.

During the weekend, there are a number of projects running alongside the fair that help you to discover the city in a new light. On the walls of the Medina will be an open-air exhibition presented by Giovanni Hänninen and MACAAL. And the stunning Riad Yima will immerse you in the works of British-Moroccan artist Hassan Hajjaj, who also restored the old building. However, it is the legacy of the show that resonates with Touria. “It’s the passion that makes me continue and the impact we have on the artists and their careers. Also, galleries tell us we’ve changed their lives, so if we can help them continue what they are doing, we will.” 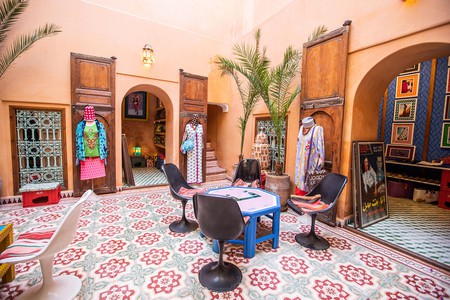