How to Spend 24 Hours in Fez 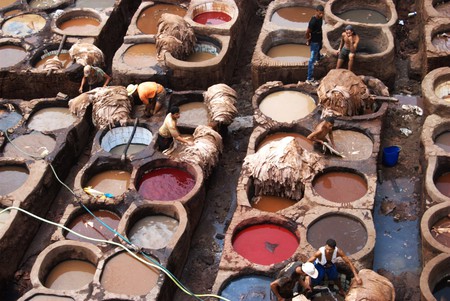 Fez is Morocco’s second largest city and its Old Medina is one of the largest intact surviving medinas of the world. The cultural capital of the Kingdom, it is definitely worth a spot on travellers’ itineraries; even if visitors are only able to fit in a quick visit, here is how to get the most out of this historical city in 24 hours.

The perfect day in Fez starts with a brunch at The Ruined Garden. Located in the heart of the old town, Fez El Bali, go through the main gate—called Bab Boujloud—and enjoy an amazing view of the minaret of the Medersa Bou Inania.

At the café, savor the brunch with vegetarian tapas, soup, local bread with olive oil, and a beverage of your choice. The sounds of birds while sitting in the green garden enjoying the fresh mint tea is the perfect way to start the day in a relaxing atmosphere. 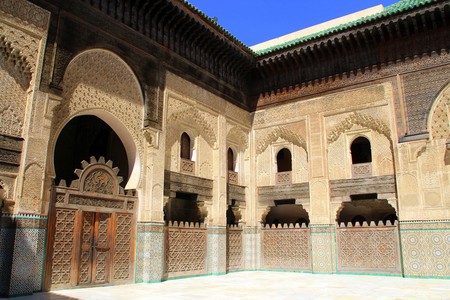 Next, it’s time to discover the Medina. With traditional shopping souks, the Al-Andalous Mosque (famous for its prominent green and white minaret and built in 1321), and the amazing Medersa Sahrij, enjoy the picturesque handmade tiles and a pool area. 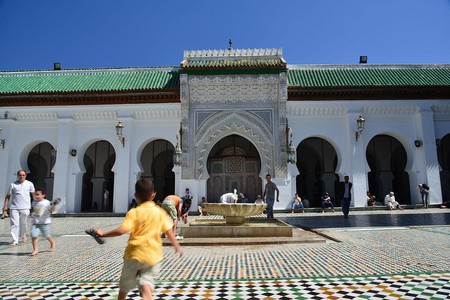 Nearby, Al Quaraouiyine Mosque, one of the most distinguished universities in the world. Built in 857 AD, its library contains more than 30,000 books including a 9th century Qur’an.

It now only serves as a mosque and cannot be entered by non-Muslims. However, visitors can get a great view of it from nearby rooftop restaurants.

Throughout the neighbourhood, items like leather and metalwork, zellij (Moroccan tiles), Moroccan slippers, and rainbow-glass lamps are all displayed and sold at stalls in the narrow streets just west of the Al Quaraouiyine Mosque. This is also the famous area of the Chouara Tannery of Fez, one of the top things to see in the Old Medina. 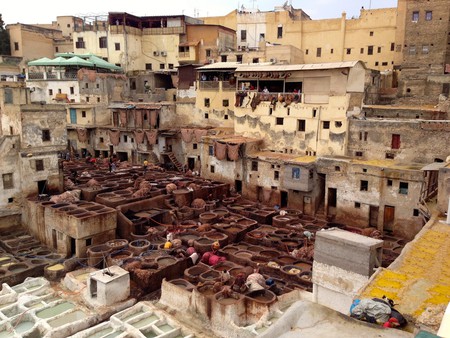 Dar Batha Museum stands near Fez El Bali’s entrance. Located inside a Hispano-Moorish palace built in the 19th century, the museum presents a selection of traditional Moroccan craftsmanship including wood-carved doors, embroidery, carpets, wrought-iron work, and jewellery. The main area of Dar Batha is the ceramics room where the famous Fez blue ceramics are featured. 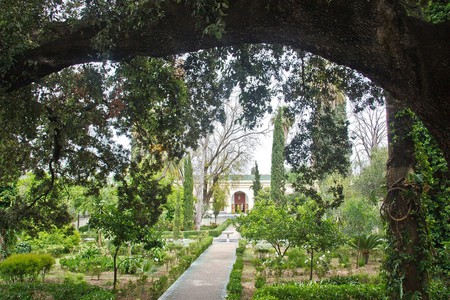 It’s probably dinner time at this point, and the best place to have dinner nearby is Café Clock. This restaurant, still in the traditional décor of Morocco, is an amazing spot to sit down and relax from the crowded streets of the Medina. It offers free WiFi and a variety of menu items such as burgers, tagines, and delicious chocolate cakes.

While leaving Fez via Bab Boujloud, the best way to say goodbye to the Old Town is to walk up the steep hill towards Borj Nord, a 16th-century fortress overlooking the entire walled Medina and the green hills beyond. 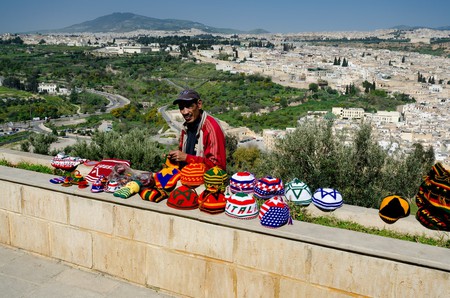 View of Fez | © xiquinhosilva/Flickr
Give us feedback