How Camels Are Integrated in Moroccan Labour 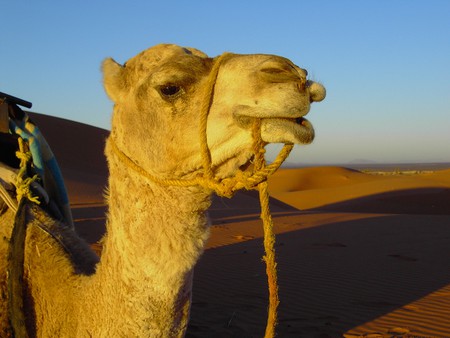 Nicknamed Ships of the Desert, camels have been a vital commodity for desert-living groups for hundreds of years. The only animal capable of surviving in the harsh conditions with little food and water for days on end, yet still remain hardy enough to work, traders and nomadic groups in Morocco have relied on camels for a long time. While camel riding is a popular activity for tourists visiting Morocco today, here’s how camels play an important role in Morocco’s workforce.

Although camels are known for being quite stubborn and difficult at times, if they are handled and treated well they can be very loyal to their human companions. Historically, camels have been used as transportation for people undertaking long and grueling journeys through the arid Sahara Desert. Nomadic groups and people who live close to the desert still use camels to get around today. 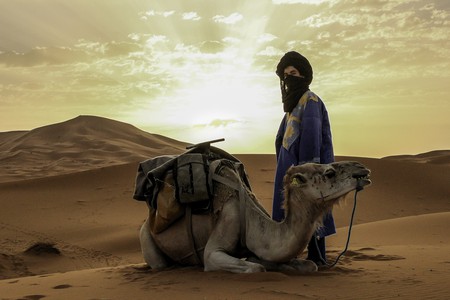 Berber man with his camel in the desert | © Thomas Maluck / Flickr

As well as carrying people, camels are used to carry goods. While motorised transportation has, to a certain extent, reduced the role of camels in transportation, they are still one of the best ways for people to move items across desert areas. A camel can walk across terrain that vehicles cannot handle. Items are loaded onto a camel’s back, with often more than one camel travelling in procession. Known as a caravan, camels are tied together to be led with their cargo to their destination. 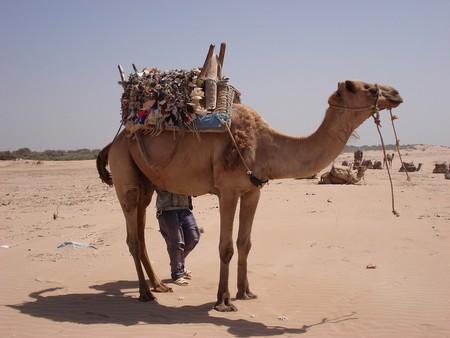 In Place of Tractors in Agriculture

An innovative way that one Morocco-based company is using camels is in place of tractors in the fields. While not common practice, as camels are desert-dwelling animals as opposed to living in fields, it is working well at one Moroccan winery. Domaine du Val d’Argan near Essaouira has one camel that pulls an antique plough through the vineyards, replicating the methods used by horse and plough in the owner’s native France. 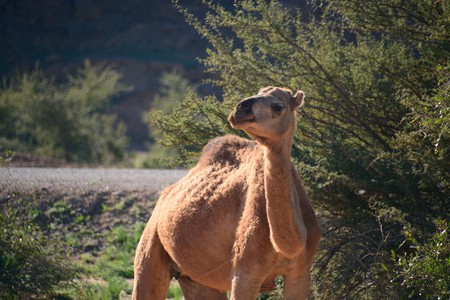 While not directly related to the camel’s efforts, camel dung is often used as a source of fuel. This allows people in the desert to build fires for cooking and protection; camels produce a lot of excrement so there is never a shortage of fuel! 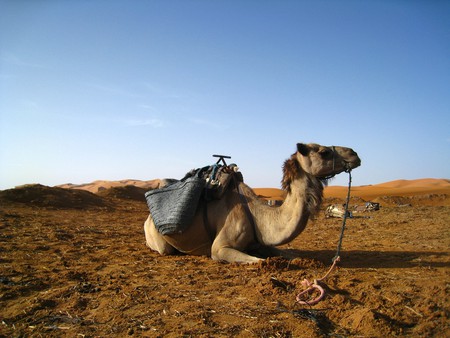 Camel milk is packed with nutrients and fat, making it an excellent source of nourishment. It is especially beneficial for people working in hot conditions, such as those who traverse the deserts. Without adequate sustenance, camel herders, nomads, and merchants would not be able to continue with their work. 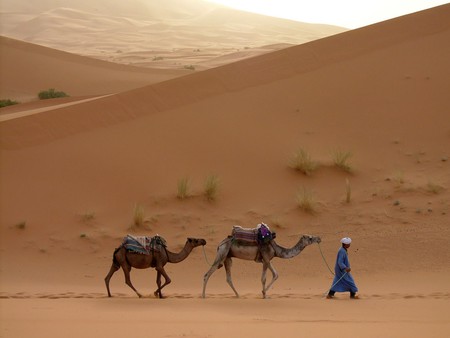 Of course, there are other ways that camels allow Moroccans to make an income too, such as selling the skins to make leather. Camel-back desert treks provide former nomadic people with a way to benefit from the tourist industry, and camels have been relocated to various parts of the country for tourists to have an unusual encounter when travelling around Morocco.