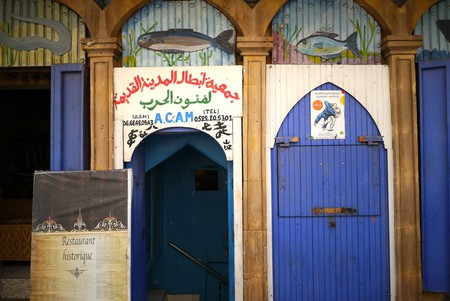 While Morocco’s largest city isn’t usually the first place on many people’s Moroccan travel lists, Casablanca does have a few surprises up its sleeve. Lively beaches, modern shopping centres, a range of top-class eateries, interesting attractions, impressive architecture, and stylish bars are just a few reasons to visit Casablanca. Younger travellers should add these neighbourhoods to their itinerary.

The Ain Diab neighbourhood is home to a long stretch of beach and a waterside promenade. Also often referred to as the Corniche, the area has a number of cool beach clubs and surf clubs, in addition to the sandy shores. Relax on the sand, hit the waves, or soak up the views with a drink in hand. Towards the west of the neighbourhood you’ll find the enormous Morocco Mall and Sindibad theme park. 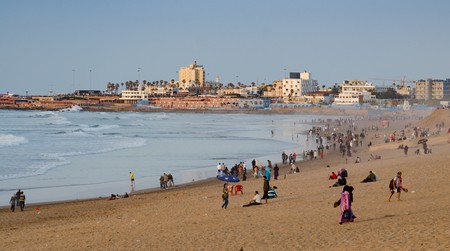 Sour Jdid boasts one of Casablanca’s most prominent landmarks and attractions: the stunning Hassan II Mosque. The large mosque is often a highlight for visitors of all ages to the city and well worth a visit. Afterwards, experience the elegance and sophistication of the movies at Rick’s Café, a charming, themed café and lounge bar that aims to emulate the atmosphere of the famous black-and-white film that was named after the city. 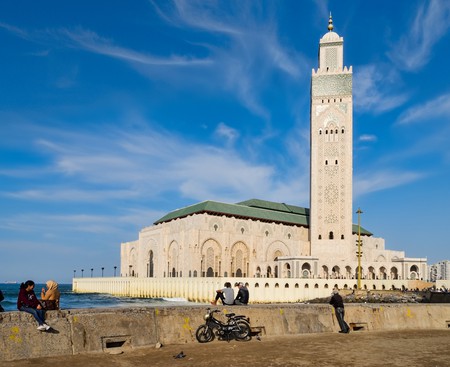 Although El Oulfa is primarily a residential area, with apartment blocks, hotels, and homes, it also has a fairly large urban lake. There are several cafés and restaurants close to the water, providing an ideal place to relax and take it easy. Strolling around the lake is a pleasant way to escape the hustle and bustle of city life for a while.

Door to a seafood restaurant in Casablanca | © jacob jung / Flickr

The Habous Quarter is the colonial part of the city. Also known as the New Medina, the French-built part of the city is home to several beautiful buildings, including the Royal Palace, and a number of religious sites, souks, markets, and the leafy and green Park Isesco. There are plenty of restaurants, where you can get your fill of traditional Moroccan cuisine as well as international fare, and laid-back cafés that are perfect for a spot of people-watching. 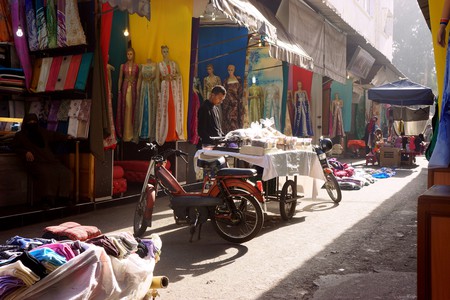 The old medina of Casablanca may not have the same appeal as other medinas around Morocco, but it is still a top place for a quick stroll. Browse the souks and pick up a range of handicrafts and traditional souvenirs, and explore the narrow streets to see how locals live. It’s also a great area for fans of interesting street art. 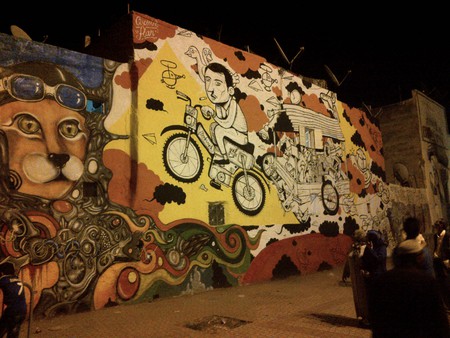 Budget-conscious travellers, thrift fans, and people who love hunting for unusual treasures should check out the huge, second-hand and discount market at Derb Ghallef. The permanent market is the largest flea market in Morocco. It is especially known for its cheap electronics, though shoppers will also find used furniture and home items, clothes, souvenirs, books, and more. Take a peek in the adjacent fruit and vegetable market to see how the locals shop, grab a bite to eat from one of the street vendors, and kick back in one of the cafés.

Racine is a popular part of Casablanca in the evening, with a good selection of restaurants and bars. It is also where you will find the iconic Twin Centre – double skyscrapers that stand 28 stories over the city streets. The spas, eateries, and shops attract wealthier Moroccans and tourists. Head to the top floor of Tower B and enjoy sweeping views and a classy ambience at Sky 28. 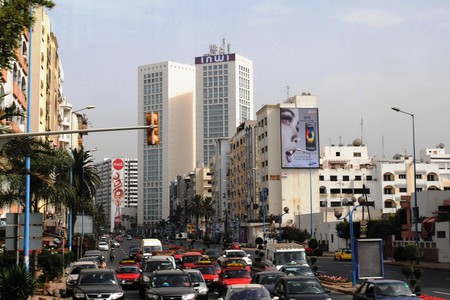 Named after the ancient name for the city, the Anfa area is today one of the most modern parts of Casablanca. Visitors can enjoy high-end shopping (or simply browsing) in places like Anfaplace Shopping Centre, and there is also a well-maintained golf course. There are plenty of restaurants, bars, and cafés too.

Primarily an industrial area, Ain Sebaa also has a stretch of sandy beach. It attracts surf enthusiasts and sun-seekers. There are several cafés close to the beach too. 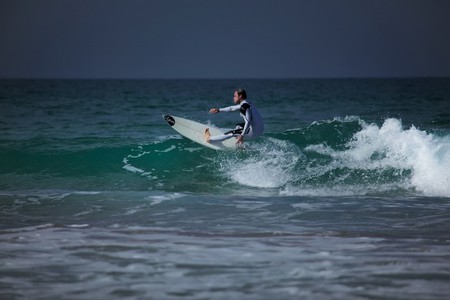 Surfing off Morocco’s coast | © Eelke / Flickr
Give us feedback