Can You Recognise Morocco From These Pictures? 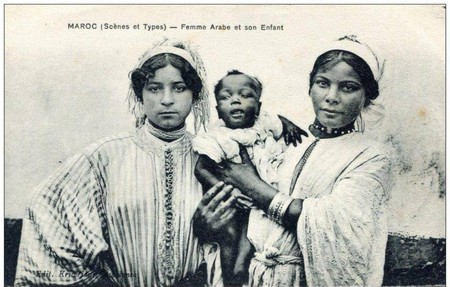 Morocco is a country with endless history. It is speculated that it was inhabited 300,000 years ago by early Homo sapiens. The location of Morocco was part of the Roman Empire in 33 BC and, in the 7th century AD, the Islamic conquest began. In the 15th century, the country was ruled by the Saadi Dynasty and the Alaouite Dynasty, who are still present with King Mohammed VI. In the early 20th century, the Spanish and French established a protectorate in Morocco, slavery was abolished in 1925, and Morocco finally regained its independence in 1956.

Two Moroccan women from the early 20th century holding a baby. You can see the real beauty of these females, with traditional clothing and their hair pulled back.

This picture dates back to the early 1900s, with a view over the old Medina of Rabat. 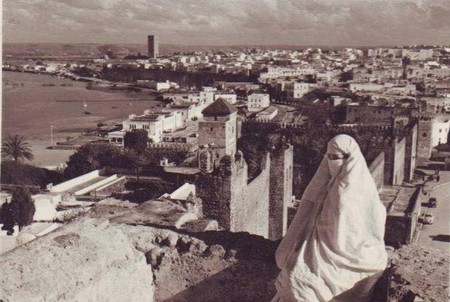 Before the construction of Ville Nouvelle, Casablanca only consisted of the Medina. In this picture, a man is shown cleaning the streets, certainly before the arrival of someone important. 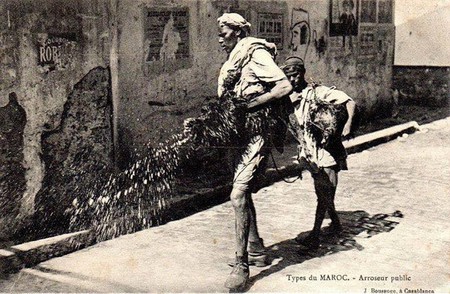 Man cleaning the streets of Casablanca | Courtesy of Moroccan Logic

The construction of Casablanca Ville Nouvelle

A picture of all the hard-working men, barefoot, who contributed to the construction of Ville Nouvelle in the early 20th century. 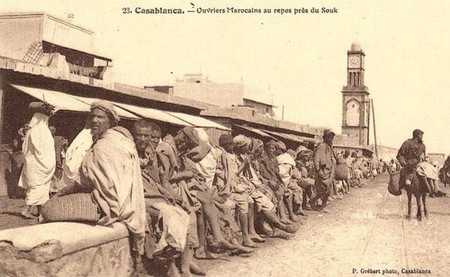 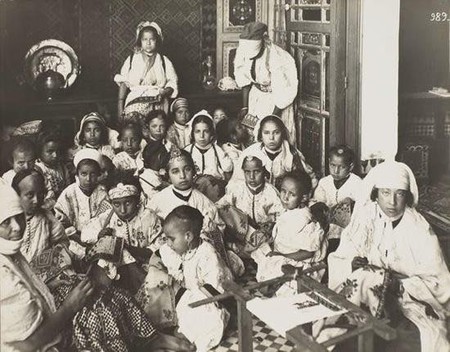 A lady with a hookah

From the early 20th century, a photograph of a lady smoking a hookah and enjoying a glass of fresh mint tea outdoors. 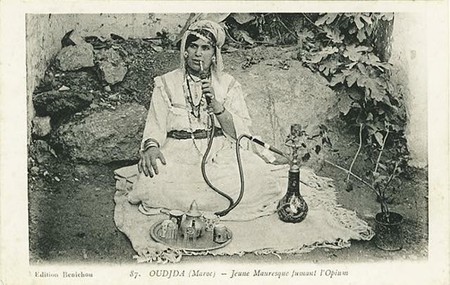 A young Moroccan lady posing for a photograph in her haïk. 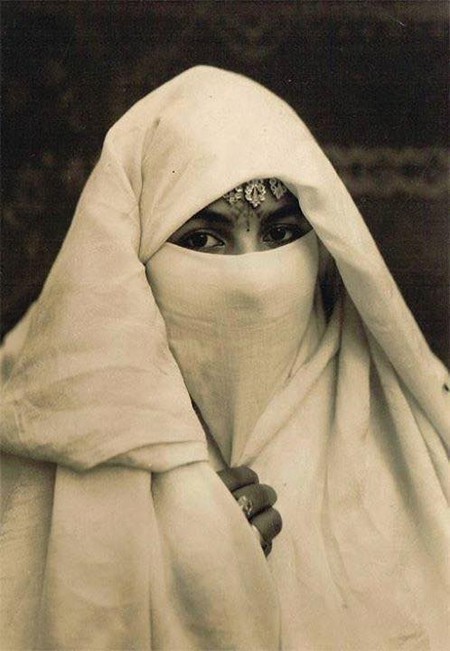 A young Berber couple with their baby in the 1930s. 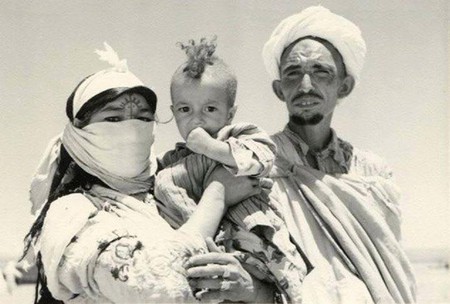 A couple of Moroccan soldiers ready for action in 1943. 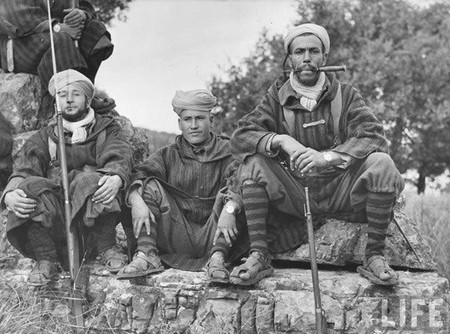 A photograph from a class, for boys only, on the teachings of Islam in 1944. 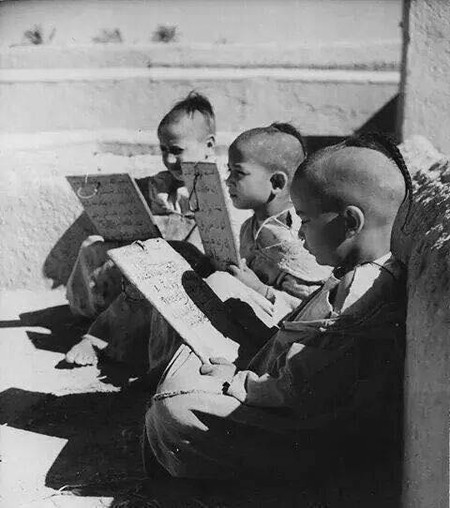 A Moroccan bride on her wedding day posing for the camera in the 1950s. 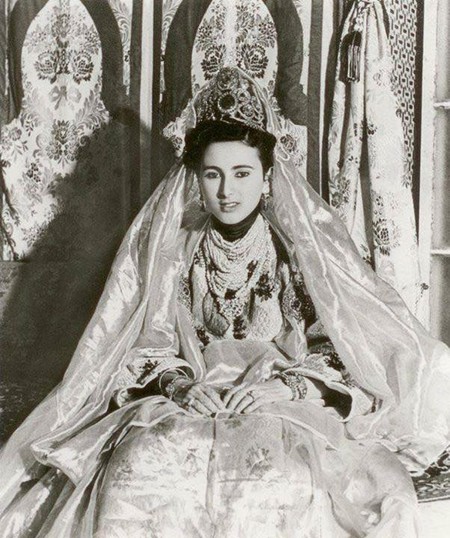 Two ladies walking the streets of Tetouan in 1953. 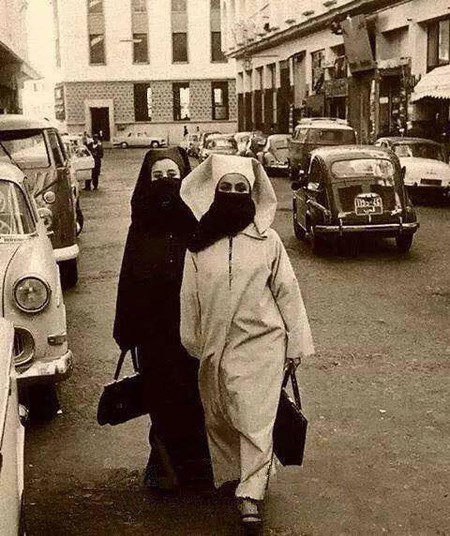 The beach of Tangier

A lady comfortably wearing her bikini on the beach of Tangier in the 1960s, and a man, perhaps not so comfortable with it. 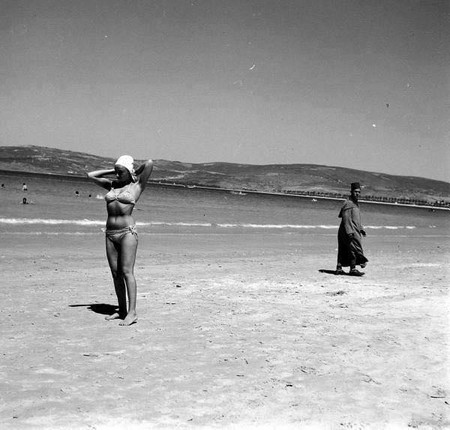 Casa Port, the train station of Casablanca in 1963. You can also see what a red petit taxi looked like more than 50 years ago. 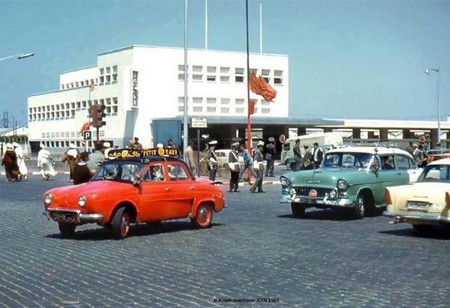 Three models posing for the camera in Rabat in the 1960s, in the same spot as “A lady overlooking Rabat” was shot 60 years earlier. 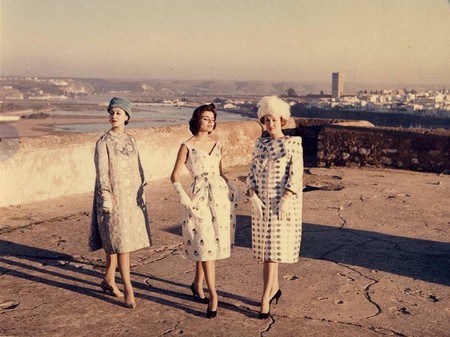 The celebration of New Year in 1977, with a dancer and musicians playing instruments. 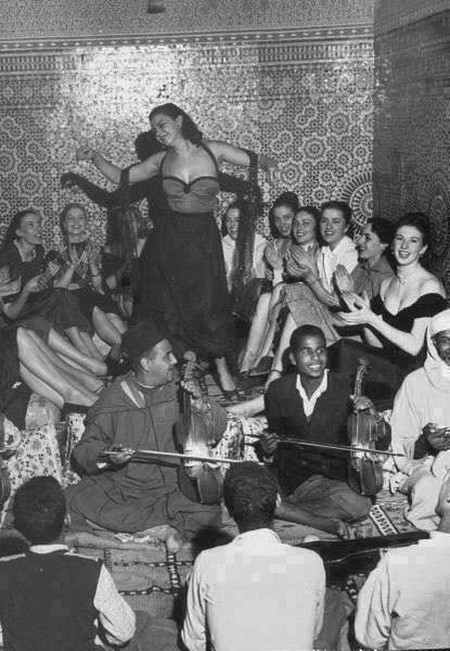 The famous Miss Tahiti competition consisted of crowning the best-looking girl in a bikini. Taken in Casablanca, circa 1982. 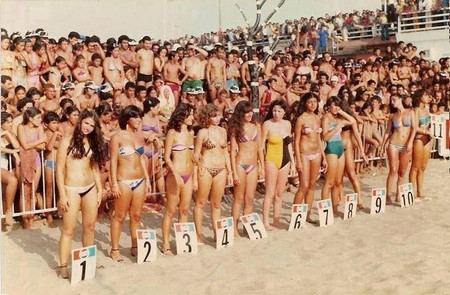 Miss Tahiti 1982 | © Courtesy of Moroccan Logic
Give us feedback