5 Cookbooks To Learn How To Cook Like A True Moroccan 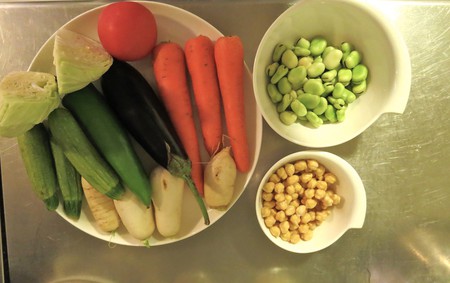 Admired by foodies across the globe, Moroccan cuisine is one of the most sought-out in the world. With Jewish, Berber and Spanish influences, the dishes are often a pleasant blend of sweet and savory, while the street food, though considered freaky by some, is mouth-watering. Yet the secret to achieving success in the kitchen is often ensuring a perfect spice blend and, with spice markets in abundance, this is no surprise. For foodies and aspiring chefs who want to recreate Moroccan dishes at home, we’ve curated a list of the top Moroccan cookbooks on shelves now.

At his Michelin-starred restaurant in San Francisco, Mourad Lahlou serves up modern Moroccan cuisine to a roaring success. Now, with his cookbook Mourad: New Moroccan, readers have the chance to recreate some of the classic Moroccan recipes, including pastilla, couscous and essentials like preserved lemons, but with a modern touch. Part memoir, the book includes memories and stories alongside fabulous photography that gives hope that even the most amateur of chefs can recreate a modern Moroccan dish!

Morocco: A Culinary Journey With Recipes From the Spice-Scented Markets of Marrakech to the Date-Filled Oasis of Zagora

Given its history and location, Moroccan cuisine features Spanish influences, Berber varieties and even French influences and, in this book, author Jeff Koehler takes us on a culinary adventure, with 80 recipes that cover tajines, couscous, stuffed pastillas, and even popular street food options available across this diverse kingdom. Bakers and aspiring bakers will not want to miss the section on Moroccan patisseries, which also includes instructions on how to make mint tea, the perfect accompaniment to any plate of sweets. Part travelogue, the book includes gorgeous images from Marrakech, its souks and the date-filled oasis of Zagora.

Featuring 35 of the most popular Moroccan recipes, the renowned hotel and restaurant La Maison Arabe in Marrakech has released Moroccan Cooking Our Dadas Recipes. Dadas – meaning traditional Moroccan female chefs – learn their trade informally, with recipes orally passed down from their mothers and grandmothers. Now they are collected in one of the best-selling cookbooks within Morocco, along with Moroccan wine pairings for the true gourmand. Lamb tajine with caramelized figs, chicken tajine and even lesser-known dishes, including couscous tfaya and chicken pastilla with almonds, are some of the recipes featured with step-by-step instructions for chefs aspiring to become a Moroccan dada. The book also includes a section on Moroccan patisseries, including m’hencha, ghriba, and gazelle horns.

Tasty treat!! 😋🍓 Come and discover the recipe of the Fruit Pastilla in our newly opened cooking workshop in less than an hour! #lamaisonarabe #cookingworkshop #recipe #marrakech #morocco #moroccandish #mustdo

A photo posted by LMA Cooking Classes (@lamaisonarabecookingclasses) on Oct 14, 2016 at 7:28am PDT

A Month in Marrakesh: A Food Journey to the Heart of Morocco

Duo Andy Harris and David Loftus have teamed up to present a cookbook that demystifies Moroccan cooking for even the most hopeless of chefs. The go-to cookbook for preparing the most common dishes served in a Moroccan kitchen, from breakfast through to dinner, from traditional, including Moroccan salads and tajines, to more modern recipes with international influence like steak and chips. For a deeper understanding of the local cuisine and its flavors, check out the detailed spice descriptions provided by Andy Harris at the back of the book before visiting the famous Moroccan spice markets, as well as how to prepare ingredients such as preserved lemons, harissa and hibiscus syrup. Acclaimed photographer David Loftus does a magnificent job of capturing not only the food, but also its role in daily life in Marrakech.

Couscous and Other Good Food from Morocco

First published in 1973, Paula Wolfert’s Couscous and Other Good Food from Morocco may just be the original cookbook about Moroccan cuisine. Packed with recipes ranging from classic – including the mouth-watering pastilla stuffed with either seafood, chicken or, the original ingredient, pigeon – to the many varieties of couscous available throughout the country, this book is not only a cookbook, but a well-researched guide to the various flavors from across the kingdom.