An Introduction To Moroccan Literature And Its Contemporary Authors 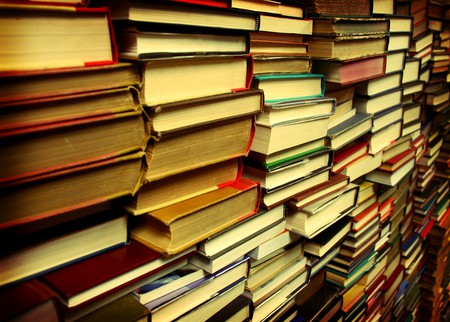 In a country where storytelling has traditionally been shared orally, the literary scene is heating up with contemporary writers proliferating and releasing novels, often originally in French with translations available. Like the film industry, Moroccan literature tends to focus on issues facing society, like homophobia, as touched on by Abdellah Taia in many of his works, like in Mahi Binebine’s novel Horses of God. La Mamounia’s Prix Litteraire Award has boosted the literary scene, whereby each year seven authors are selected and judged by a panel before one lucky winner walks away with the monetary prize given each autumn at the legendary hotel. In our latest blog post, we disclose our favorite contemporary Moroccan writers active today.

Having only released two books, this young author is highly regarded after winning the prestigious La Mamounia Prix Literraire in 2015 for her novel Dans le jardin de l’ogre, released in 2014. It has just been announced that the novel, which takes on the subject of female sexual addiction, will be turned into a film. Her much anticipated Chanson douce, released in 2016, chronicles the tale of Miriam who, after bearing two children and against the wishes of her husband, decides to return to work at a law firm, hiring a nanny to assist with the domestic chores. All seems to be smooth sailing until the relationship becomes co-dependent and true personalities are revealed, exposing dominating relationships, cultural and class prejudices, and social differences.

Many of Abdellah Taïa’s novels are heavily autobiographical, touching on themes of homosexuality, as his coming out in 2006 caused controversy in a country where same-sex relationships are illegal. His first book, Mon Maroc, translated as My Morococ, touches on life in Rabat-Sale where the author was born and raised before moving to Paris, where he is currently based. His best-selling book L’Armée du Salut is set in Geneva Switzerland and has been translated into English as Salvation Army. The book was turned into a movie and despite the controversy in 2014, it was shown on homeland during the Tangier film festival.

Despite only having written three books, Moroccan-American author Laila Lalami’s list of awards and recognitions is impressive. Her novel The Moor’s Account tells the tale of a Moroccan slave whose owner, Andrés de Dorantes, takes him on an expedition to the New World and shares the challenges they face while encountering the Native North American tribes on their travels. Released in 2014, she was a finalist in the Pulitzer Prize for Fiction and one of the New York Times Most Notable Books. Other works include Hope and Other Dangerous Pursuits (2005) which recounts the story of a group of Moroccans attempting to reach the Spanish shore and the dangers they encounter while Secret Son, released in 2009, focuses on the themes of religion, class, and cultural conflict. In between writing novels, Lalami writes a blog with regular updates.

In Secret Son, Laila Lalami tells a moving take of poverty, corruption and political unease. Youssef is raised by his mother in a windowless single room in Casablanca but falls prey of the society through his embrace of opulence… #ordernow #nationwidedelivery #secretson #lailalalami

Mahi Binebine may be best known internationally for having written Horses of God (originally known as Les étoiles de Sidi Moumen) which went on to be a film produced by Moroccan filmmaker Nabil Ayouch. The story tells the tales of the 2004 Casablanca bombings and the young men involved. Writing largely in French, and balancing his writing with his career as a painter, Binebine’s written other books, of which Cannibales: Traversée dans l’enfer de Gibraltar has been translated into English as Welcome to Paradise. All his books are set in Morocco and Binebine is known for darkness in his writing.

Being Paris-based, Fassi-born writer Tahar Ben Jelloun writes his well-known works in French with many translated into English. His first novel, Harrouda, was released in 1973, while his latest work, L’Ablation, was released in 2014. In between, he has been shortlisted for the Nobel Prize in Literature. His subjects tend to focus on charged themes — in This Blinding Absence of Light, the author chronicles the harsh conditions political prisoners at a secret prison in Morocco are subject to, while The Sand Child is often seen as a critique to Moroccan society, particularly in regards to women’s roles.