An Insider's Guide to Gnawa and Chaabi Music in Morocco 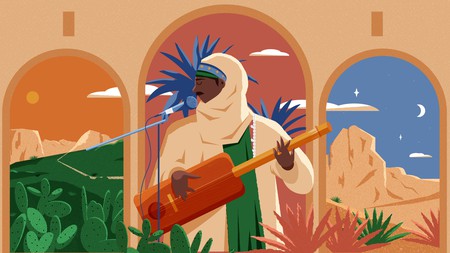 Asma Emy el Ghalbzouri, an Amsterdam-born Moroccan music journalist and proud member of the Ait Wayager tribe from the Rif Mountains, takes us through the best festivals where you can experience gnawa and chaabi music in Marrakech.

Walk down the streets of the medina in Marrakech for long enough, and eventually you’ll hear the thrumming of a hajhuj, a three-stringed lute. The notes twang a quarter-tone off-key and hang a fraction of a second past the beat, while the vocals seem to pine for something that’s just out of reach. It’s a hypnotic sound, and one that has echoed through the mountains and sand dunes of Morocco for centuries.

“Those daring sounds you hear in gnawa and chaabi music have always been part of Morocco,” explains Asma, a Moroccan-born Dutch music journalist. “People who play it are very spiritual.” 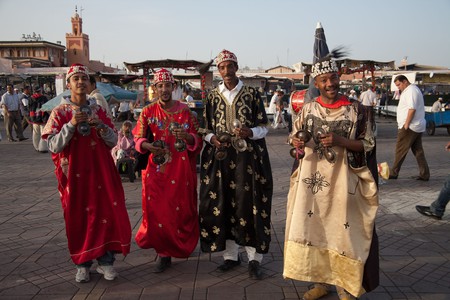 Chaabi and gnawa are defined by their origins. Chaabi comes from the north of Morocco, from the Berber-speaking tribes of the Rif Mountains, while gnawa is played by the Gnawi, who hail from the Sahara Desert in the south. What they have in common is their connection to the spiritual realm – a place inhabited by saints and the supernatural.

The m’allem, masters of chaabi and gnawa, aren’t just musicians – they’re mystics, too. They must learn how to pull the bandmates, dancers and audience into a trance-like state – one that is believed to heal the soul.

Much like jazz, no two performances are ever the same. The audience changes from one act to the next; they come with different mental states, emotional ailments and spiritual needs, and the music must reflect the unique challenges of each crowd. Gnawa and chaabi are more than just genres of music – they’re religious experiences, but they might not look quite the way you’d expect.

“Dancing is one of the things Moroccan women do best,” asserts Asma. Gnawa music is almost always accompanied by a trance-like dance, where a woman shakes her head frantically from side to side while spinning in time with the music. The band, in turn, mimics the rhythm of the dancer’s heartbeat, which gets faster and more intense. “When they wake up, they feel revived and lighter, and it feels orgasmic for some women.”

When Islam came to Morocco in the 7th century, these rituals were deemed incompatible with the new status quo. And many of the associated rituals – the opium, the hash, the sexual dances – were frowned upon. “That’s when we stopped being so proud of that kind of music,” Asma notes.

Over time, gnawa musicians – many of whom were forced into slavery in Marrakech – became entwined with Islam and their rituals were gradually accepted as Sufi traditions. Rather than contacting Allah directly, the m’allem call upon spirits to be the medium through which people reach the heavenly realm.

Bilal, the first man of black African descent to convert to Islam, is evoked in ceremonies through a musical instrument made from the soles of shoes. He is considered the first muezzin (the man who calls the faithful to prayer), and is perhaps the most important figure in gnawa – so much so that many musicians describe themselves as the ‘children of Bilal’.

The tension between gnawa and certain sects of Islam has not disappeared completely. But for the most part, gnawa and chaabi rituals now form an integral part of Moroccan culture. No self-respecting wedding or celebration would be complete without them. 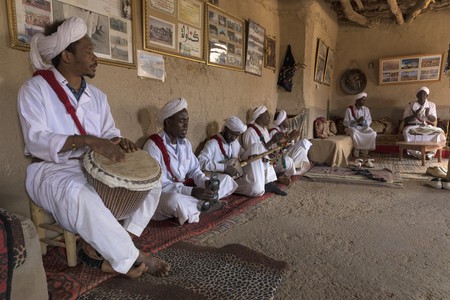 How to find gnawa and chaabi music in Morocco

The more traditional forms of gnawa and chaabi have only recently found their way into the mainstream, but their sonic ingredients have been brewing in the collective consciousness for decades, starting with Jimi Hendrix, Led Zeppelin and The Rolling Stones, who were inspired by their hypnotic rhythm, which is urgent yet lackadaisical.

“Musicians would go to Morocco and smoke opium with some very famous gnawa artists in the desert,” says Asma. “Chaabi musicians live in the Rif Mountains, so they would go up there, smoke hash and make music with them.”

In recent years, a new generation of younger Moroccan musicians have started travelling, touring and introducing the world to gnawa and chaabi music – Nass El Ghiwane, Mehdi Nassouli and Asmaa Hamzaoui to name just a few.

To experience Moroccan music the way it’s been heard for hundreds of years, you’d have to go to the source – the Sahara for gnawa and the Rif Mountains for chaabi. But it’s not that simple, as Asma points out. “They’re very hospitable people, but also quite remote and private.”

Fortunately for anyone seeking an approximate experience of gnawa and chaabi, there are plenty of festivals in Morocco where you can have just that. Here are five of them.

While not technically a festival, Djemaa el Fna plays host to dozens of cultural performances every night of the week. In the afternoon, you’ll find a smattering of musicians, storytellers and vendors peddling their wares, but it doesn’t get going until after sunset. The real spectacle only reveals itself from around 7pm onwards, when performers come out in droves, enchanting the crowds with songs of love, pain and heartbreak. 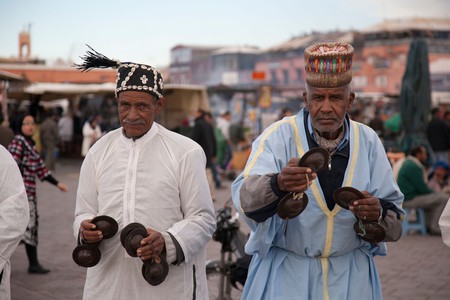 Oasis is a beautiful, intimate festival that takes place every year in September. The music tends towards electronic and house, with a set list made up of both international names and local acts. Located on the outskirts of Marrakech, it’s thoughtfully designed, stunningly decorated, yet also very down to earth. Far from being a transplant of Western culture, Oasis Festival fuses Moroccan culture into every aspect of the event, from the contemporary art exhibits that showcase homegrown sculptors and photographers to the locally made pouffes and rugs that form cosy hangout spaces. 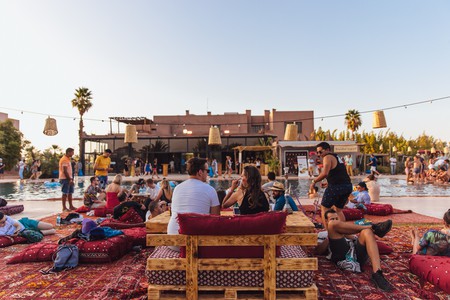 Being the youngest festival on this list does not make Atlas Electronic any less worthy. Surrounded by a thousand palm trees and an arid desert landscape, this festival takes place in an eco-lodge on the outskirts of Marrakech, in La Palmeraie. Atlas Electronic puts community at the heart of its events, creating opportunities for creative exchange between artist and audience. 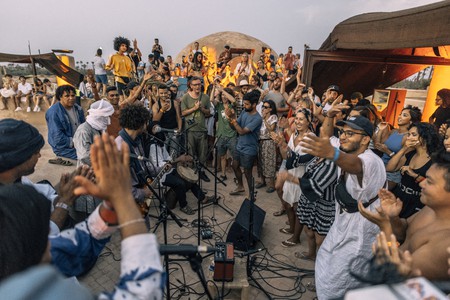 Besides finding a azawiya (lodge) in the southern desert or the northern mountains or Morocco, Gnaoua Festival is the closest you’ll get to experiencing an authentic lila (ritual night). Many of the artists are true Moroccan m’allem, a title conferred to them by their teacher (who, traditionally, tends to be the father) and a mark of their mastery. Taking place every summer in Essaouira, Gnaoua Festival transforms this beach city into a celebration of Moroccan culture. 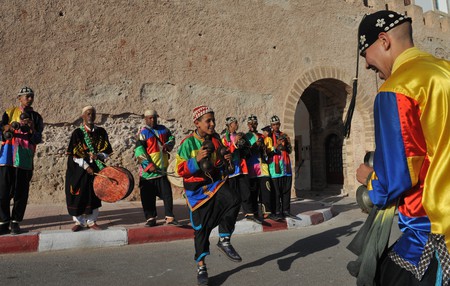 Perhaps the most hedonistic event on this list, Moga Festival offers a platform for cultural cross-pollination, fusing sounds and rhythms from opposite sides of the world. In 2019, this resulted in a electro-gnawa mashup between M’allem Omar Hayat, known locally as the Jimi Hendrix of the sintir (a three-stringed lute), and Toronto-based synth-pop band Parallels. The festival takes place every year in October in Essaouira. 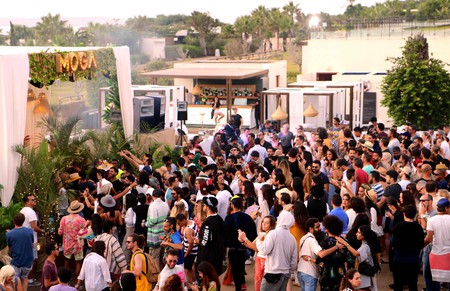