All the Ways Travelers Can Help Marrakech's Street Cats 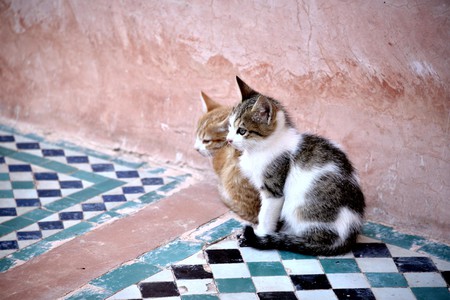 One thing many visitors can’t help but notice when exploring Morocco’s Red City of Marrakech is the large number of stray cats all around the city. Roaming the alleyways, sleeping in nooks, mewling at passersby, and waiting outside a butcher’s shop hoping for scraps, cats are omnipresent in the former imperial city. But why? And what can tourists do to help the city’s many cats? 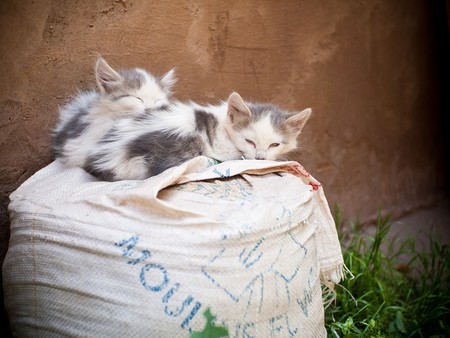 Why Are There so Many Street Cats in Marrakech?

Street cats are not limited to Marrakech; indeed, you’ll find a sizeable stray cat population in most of the country’s towns and cities. The cats are, however, perhaps more noticeable in Marrakech’s old medina, due to the narrow nature of the streets. Also, street animals are naturally drawn to easy food sources, and this often means that they are drawn towards areas where humans live. Not only do humans sometimes feed scraps to the animals, but waste in garbage cans are a potential banquet for a hungry creature. You’ll spot stray cats in the lively souks, at historical sites, in the city’s lush gardens, outside meat shots, and lurking around the tables at outdoor restaurants, among other places.

There are several reasons behind the large feline population in Marrakech. Neutering animals is not so common in Morocco. Some people believe that it is wrong to tamper with an animal in such a way and take away its chances of being a parent. Traditional Islamic beliefs also play a part, with locals believing that God will provide enough for all living creatures and that no creature is born unless it is in accordance with God’s will. There are also often economic reasons behind not having animals sterilized; when there are more pressing financial matters at hand, people often won’t think about paying for animals to be neutered. Although more people are starting to see how neutering can have a positive effect on the local cat population, such interventions are just not generally part of the Moroccan mindset.

What Do Locals Do to Help the Cats?

While many locals are fairly oblivious to stray animals, and generally not inclined to pet or play with the animals, it’s normal for people to put food scraps out on the road for any stray or wild animal to eat. You may notice dried bread, for example, on the pavements. Moroccans do not agree with throwing food away and so will put it outside for the birds or even the ants to eat. In the same way, cats can sometimes find scraps of meat, dairy products, rice, and more to sustain them. Though some people do deliberately feed the cats, for many, it’s a case of putting leftover food out for whatever chooses to eat it. There are some local organizations, however, that seek to take care of the local cat population. 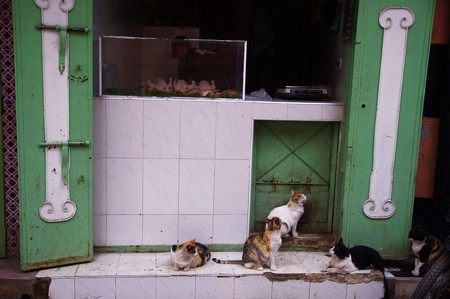 What Can Travelers Do to Help Marrakech’s Street Cats?

The stray cats of Marrakech range from the well-fed and fairly content to the scraggly, sick, and malnourished. There are several ways that impassioned animal-lovers can get involved to help the street cats of Marrakech.

Donate Money or Food to SPANA

SPANA is an international animal welfare charity with a presence in Marrakech. They treat, rescue, and care for stray cats and dogs as well as working animals like donkeys, mules, and horses. They also campaign for better treatment of and conditions for working animals. They also offer affordable veterinary treatment for pet owners who have a low income. Additionally, SPANA runs adoption programs for rescued cats (and dogs), helping the animals to find loving homes. While most tourists wouldn’t want to actually adopt an animal, donating money helps SPANA to continue its vital work. Donating animal food helps to free up resources to be used for other essential work, such as vaccinating, spaying, treating for fleas and worms, and campaigning. 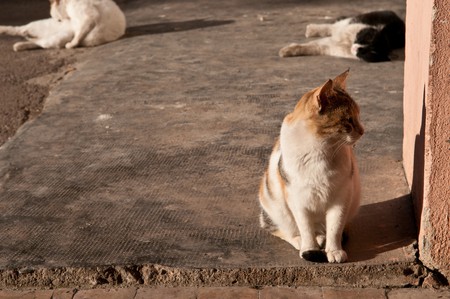 Cats on the streets of Marrakech | © Anna & Michal / Flickr

If you are staying in Marrakech for a longer period of time, or are seriously moved by the plight of the city’s street animals, you can contact SPANA to see if they need any hands-on voluntary work. People with veterinary and animal care experience are especially welcomed.

People can take street animals to SPANA’s center, located just a short distance from the heart of the city, for the animal to receive free treatment. Stray cats are given all necessary vaccinations, treated for any illnesses, and sterilized. Their ears are tagged, so that others know the cat has been to SPANA. The organization provides carry bags or boxes. All volunteers need to do is catch a cat, take it to SPANA, and then later return it to the same spot from where it was taken. This is a great way for travelers who have befriended and gained the trust of a particular street cat to help the local feline and human community. Over time, with more and more animals being treated by SPANA, breeding should slow down among the stray population, and overall health levels should improve. 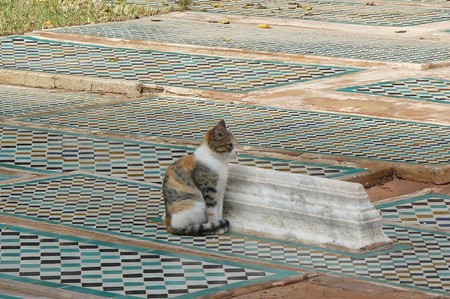 Donate Money or Food to the Helga Heidrich Foundation

The Helga Heidrich Foundation is another Marrakech-based charity that assists stray and working animals. Although it operates on a much smaller scale to SPANA, it does all it can to try and ensure a brighter future for Marrakech’s animals. The sanctuary is located in Agafay. Founded by a German lady, the Helga Heidrich Foundation runs adoption programs, with links in Morocco and Europe. Animals that cannot be re-homed are kept at the sanctuary.

Monetary donations assist with the shelter’s operating costs, including housing and feeding the animals, medication, vaccines, vet fees, educational work, and campaigning. Donations can be made to go towards food, or you can take actual animal feed to the shelter. Sponsorship programs are another way to help the center. 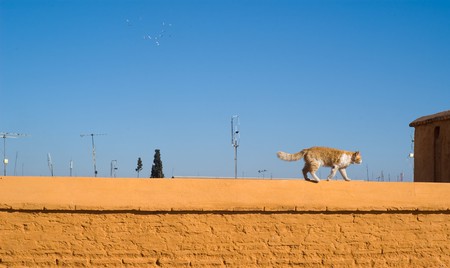 Cat lovers may wish to purchase inexpensive bags of dry cat food and put piles in areas where they have seen hungry street animals. If you don’t finish your meal in a restaurant, especially if it contains meat, why not ask for it to be bagged up to take away and then feed it to a street cat?

Be cautious of actually touching the animals, though, when feeding them. While generally not a huge risk in Marrakech, rabies is present in the country. Unvaccinated animals may also have other unpleasant diseases. Also, many of the road animals have fleas, parasites, and worms. 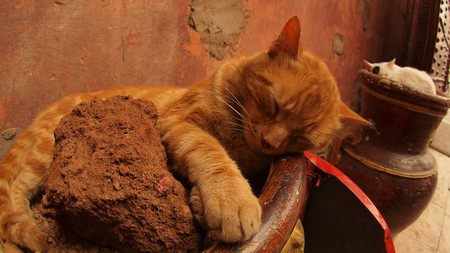 Ask Around For Re-Homing Opportunities

If you’ve struck up a friendship with a particular street animal, or have seen a litter of kittens, it can be worth asking around if anyone is looking for a pet or a farm animal. There are many farms on the outskirts of the city, many of which have cats to control the rodent population. While farm cats typically still live in the semi-wild, they often have a dry outbuilding in which they can sleep. They are also usually given plenty of water and enough food to supplement their hearty diet of mice. Try asking people who work in accommodations, tour guides, and any other locals that you strike up a conversation with. You may be surprised to find that someone would be happy to take in a kitty. 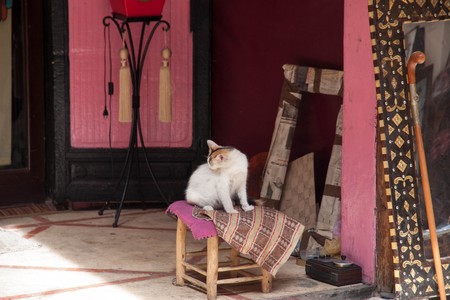 Cat in the souks of Marrakech | © Tomasz Dunn / Flickr

Even if you cannot actively help the street cats of Marrakech, try and minimize the potential harm to the local felines. Ask drivers to slow down if they’re racing along at speed; being hit by vehicles is one of the biggest dangers that street animals face. Be mindful of what you put in the trash; cats often rummage through piles of garbage and sharp items can hurt them. Squash cans and tins to prevent small paws and heads from being trapped. You might want to tactfully ask a local to intervene if you notice kids goading cats.

There are many ways, big and small, that you can show some love to the many homeless cats that prowl Marrakech’s energetic streets and varied attractions.