A Solo Traveller's Guide to Morocco 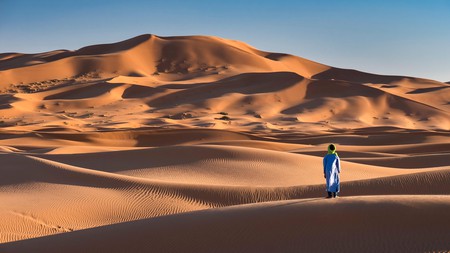 North Africa’s captivating country of Morocco attracts travellers of every kind: from couples and groups of friends to families, luxury seekers and budget travellers, Morocco offers something for everyone. Here’s our handy guide to visiting Morocco as a solo traveller.

Want to join like-minded travellers and explore Morocco? Book your place now on TRIPS by Culture Trip’s 13-day adventure – from its ancient cities to the Sahara desert.

Solo travellers may want to add some of these popular destinations in Morocco to their travel itinerary. 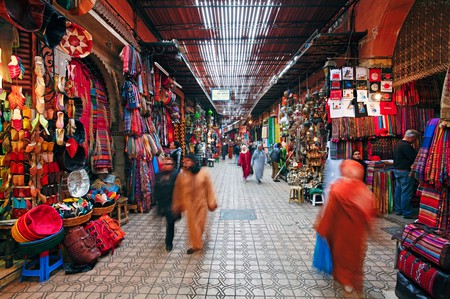 From the frenetic narrow streets of the old medina and the eclectic evening activities at Djemaa el-Fna to the bars and clubs in the colonial area of Gueliz, Marrakech offers a whirlwind of excitement. There are lush gardens where travellers can sit to gather their thoughts and relax in charming cafés or take a walk through bustling souks where haggling is a must. Solo travellers may find a licensed guide invaluable when exploring the maze-like medina and souks.

Many of Essaouira’s main attractions are easy to reach by foot. It’s less chaotic than Marrakech and a favourite destination for independent travellers. The laid-back medina, sandy beach, quirky cafés and art galleries – as well as working harbour and old walls – are among some of the city’s best highlights. 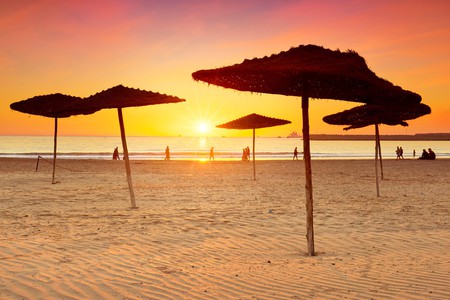 Solo sun-seekers can spend their days blissfully relaxing on Agadir’s sandy beaches. Visit Vallée des Oiseaux, admire the views from the ruined kasbah of Oufella, shop in the markets and unwind in one of the many relaxed beachside bars.

Tangier offers a blend of beach life and culture. Uncover local legends at the Caves of Hercules, soak up the vistas from Cape Malabata, shop in the souks and visit local museums. Many solo travellers manage to discover the city’s gems without needing a tour guide. 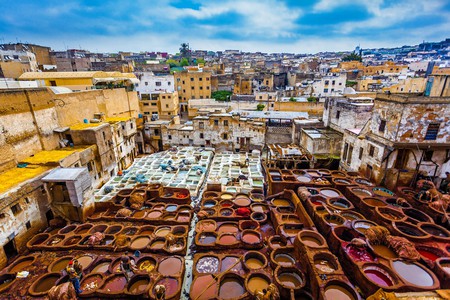 The city of Fes from above, Morocco | © RooM the Agency / Alamy Stock Photo

Fes can be somewhat of an assault on the senses and having a guide is recommended for wandering around the medina and visiting the tanneries – it’s easy to get disorientated in the labyrinth-like alleys. Other places of interest include the Mosque and the University of Al Quaraouiyine, Al-Attarine Madrasa, the Merenid Tombs and the historic Jewish Quarter.

One of the most beguiling of Morocco’s cities, Chefchaouen is a terrific place for solo adventurers. The friendly locals, compact medina and charming atmosphere add to Chefchaoen’s appeal. Known as the “Blue City” because of the painted walls within the medina, other things to see and do include visiting the small but interesting kasbah, seeing the Grand Mosque and watching locals wash their rugs at Ras el-Ma.

Where to Sleep, Eat and Drink in Morocco

There are numerous accommodation options across Morocco’s major towns and cities, with something to cater to all tastes and budgets. Solo travellers would probably prefer to stay in a sociable backpacker hostel or hotel that attracts other lone travellers – all bookable on Culture Trip.

Visitors will find an abundance of restaurants, cafés and bars around Morocco. Many riads and hotels have onsite restaurants, ideal for solo travellers who do not want to venture far from their room for dinner.

What to Do in Morocco

Trek in the Mountains 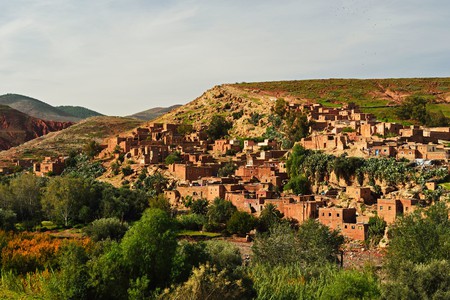 Morocco’s mountain ranges offer excellent opportunities for trekking. Visit Berber villages, see native flora and fauna and admire splendid views. Guided treks are recommended for solo travellers; you can either join a group trip or engage the services of a local licensed guide.

Shop in the Souks

Morocco’s lively souks are ideal for browsing an assortment of wares, seeing how the locals shop and picking up traditional goods and souvenirs. Walking around the souks alone can make people more of a target for relentless vendors – though generally harmless, they can be persistent.

Marvel at the Desert

Guided trips are the most common way of visiting the desert, whether travelling in a group or alone. Numerous operators organise desert trips of varying lengths – Merzouga and Zagora are two of the most popular desert destinations.

Smaller taxis charge according to the fare on the meter, but visitors need to negotiate prices for the larger Grand taxis. While the small taxis generally only carry passengers to local destinations, the larger taxis can often be chartered for longer inter-city journeys.

An extensive system of buses operates between most of Morocco’s major towns and cities. Minivans may cost a bit more than a regular public bus – but they offer a much faster mode of travel.

Trains are a great way of travelling between major cities where services are generally punctual and reliable and carriages are usually clean and tidy.

English is often spoken in major tourist areas. Knowing at least a few basic phrases in French or Spanish can help out, too. The farther away you venture from the tried-and-trodden track, the more difficult it can be to find people who speak European languages. Although most people in Morocco speak Arabic, the primary language used in predominantly Berber areas is often Amazigh.

It’s also relatively easy to stay online and connected in Morocco, which is great for digital nomads visiting.

Tap water is safe to drink in most parts of the country. When buying a glass of juice from stalls, however, ensure that clean glasses are given to each customer.

As with most places in the world, pickpockets operate in many of the nation’s larger cities – visitors should be especially cautious in busy souks and medinas. Opportunists on scooters may try and snatch bags. If riding a bicycle, don’t keep anything of value in the basket. In addition, it’s common with many global destinations for travellers to avoid walking alone at night in dimly lit and quiet areas. 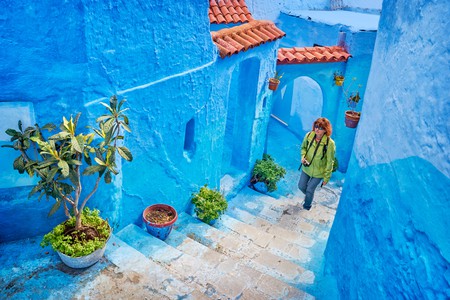 Morocco is a patriarchal society. Female travellers may find the lack of local women on the streets and in the cafés of some areas a little perturbing. Solo females adventurers may find that they attract the unwanted attention of local men – though generally harmless, the stares, catcalls, questions and propositions can become tiresome.

As an Islamic nation, women especially should take care to dress reasonably modestly. Covering the head is not required, although it can help to avoid attention in more remote or lesser-visited destinations. As a general rule, cover your knees and elbows at least and avoid tight-fitting or see-through garments.