A Guide To Visiting Volubilis, Morocco 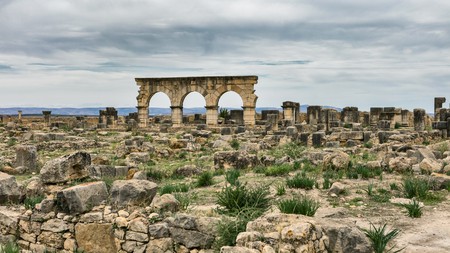 Located in the Fez-Meknes region, the ruins of the ancient city of Volubilis include everything from a forum and triumphal arch, to houses and a palace. The city’s remains show its development through the ages, mapping its journey from the capital of an ancient kingdom founded by Amazighs in the 3rd century BCE, to an imperial Roman city, and later, the seat of government of an early Islamic dynasty. Add to that the abundance of mountains and a vast green plain, and you have the perfect match for an epic hike that brings antiquity and nature together.

The best adventures in life are not only about the destination, but how you get there as well. This is why walking to a heritage site can provide visitors with a unique view and insight into a country, away from the usual tourist trail. Trekking to Volubilis is a perfect way for visitors to Morocco to make the most out of their trip to the UNESCO World Heritage site. Hiking is an affordable way to travel, and will allow you to experience the remnants of the nation’s ancient past, while also appreciating the natural beauty of its present. 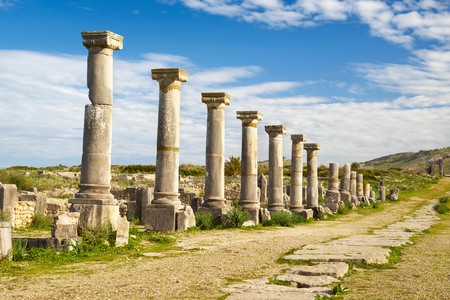 A good starting point for a walk to the ancient ruins is the nearby holy town of Moulay Idriss Zerhoun, about 30 minutes away on foot. Coming from the city of Meknes, you can reach Moulay Idriss Zerhoun in a shared taxi that should cost around 15 Moroccan dirham (£1.30). Head to Hamria, in the city’s Ville Nouvelle district, and prepare for a short ride into rural Morocco. Leaving the city, things shift from an urban setting to rolling farmlands and kelly-green hills.

Moulay Idriss Zerhoun, perched on the hills at the base of a mountain, is surrounded by verdant scenery, its buildings resembling blocks sandwiched by the colour green. The town is linked to Volubilis, known locally as Oulili, by more than just an asphalt road; it’s eponym, Idris I, founder of the early Islamic Idrisid dynasty in the 8th century, ruled from the ancient city. Today he is remembered as a saint and the sprawling complex surrounding his tomb is a haven for pilgrims. 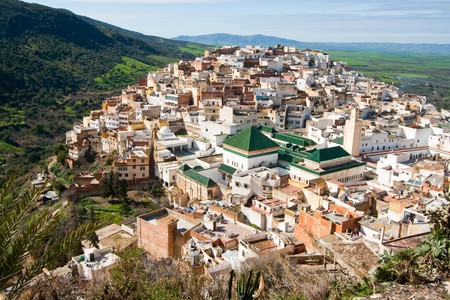 The way to Volubilis starts downhill from the town’s bus station and leads to a roundabout, where signs point down a countryside road. This path is a world away from the traffic and urban sprawl of major cities and towns across the country. Life beats to a slower rhythm, with the sight of farms and livestock never far from the road. The trek is relatively easy and before long the ruins will come into view.

Volubilis itself is a massive 99 acres (40 hectares), so prepare to immerse yourself in the ancient world for the next few hours. Start with the marble stele just past the entrance and take a good look around the visitor centre and its artefacts before diving in. The more you explore Volubilis, the more you get a sense of its scale and completeness; it’s easy to imagine what life was like in the city’s heyday when you can see the extensive ruins of a capitol building, thermal baths, a forum and an abundance of columns.

Volubilis is the perfect destination for patient travellers with an interest in history and adventure, and the diversity of scenery, architecture and culture at the site is sure to impress. Pay attention to the gorgeous tiles that have been restored to their original condition, as well as the beautiful mosaics that are hung in House Of Orpheus, depicting stories of myth and legend. 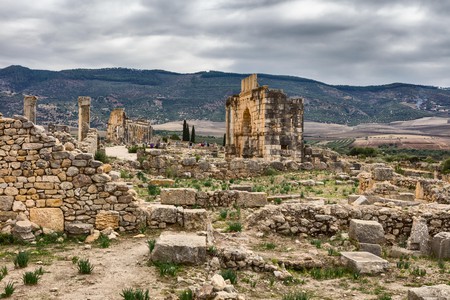 To visit the ruins, you’ll need to pay a small admission fee, and official guides are available for hire at the entrance to the complex for an extra cost of around 120 dirhams (£10.55).