A Brief History On The Trans Atlas Marathon 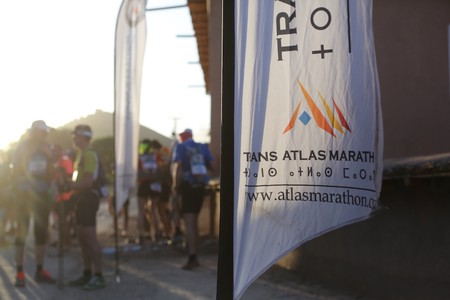 Now world-famous for having completed the Marathon du Sables 15 times, brothers Lahcen and Mohamed Ahansal created the Trans Atlas Marathon in 2013 and today the race is deemed as the toughest stage-race in Morocco. Six days of gruelling terrain, plateaus and valleys, massifs including the Saghro Mount Toubkal and even palm groves. Six days of sleeping in a tent as the local semi-nomadic Ait Atta tribes do. Six days of experiencing the true Morocco! Six days to complete 285 kilometres and it attracts both local and international runners.

After all, the race provides runners with an opportunity to see areas of Morocco they would not otherwise see – the untouched diverse landscapes combined with Berber villages in the High Atlas Mountains, where the brothers come from. In fact, the race starts in their home village of Zaouiat Ahansal. As stated on their website, the race traverses ‘terrain that will keep you gasping for breath, not only physically but also metaphorically, through the diverse beauty of the landscape they want you to experience’. In 2017, the race will also run past the lake at Ben Al Widane. 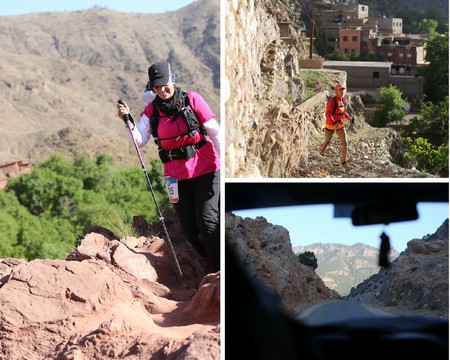 Throughout the six-stage course, runners complete up to 60 kilometres per day and spend the night in bivouac tents while visiting remote areas of Morocco that most travellers don’t have the opportunity to visit. This year organizers are expecting approximately 100 runners, with many repeat runners not only from Morocco but other countries as well.

But what would you expect from two brothers who began their running career at an early age? Growing up running to school, being from a nomadic family and eventually completing the Marathon des Sables (arguably the hardest race on earth) in first and second place, 15 times.

The 2017 edition of the Trans Atlas Marathon will take place from 12 to 22 May. In 2016, to make the race accessible to more participants, a modified race was created, whereby runners will complete the same course but only half of the distance on foot and the remaining by car. Given the popularity of sleeping in the tent, runners will lodge in tents for most of the nights instead of only one night as in past years.