A Brief History Of Moroccan Harira 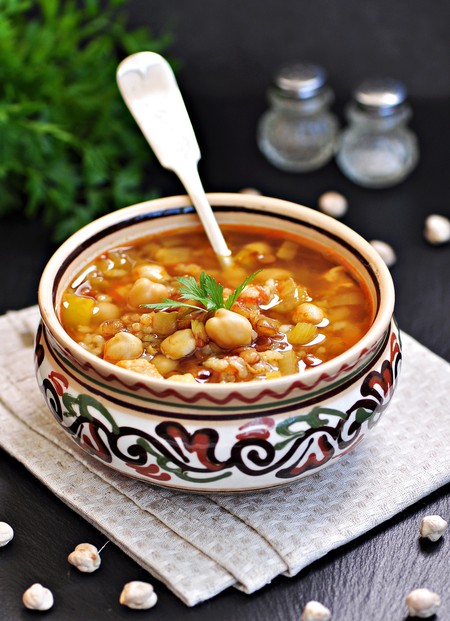 Harira is a staple food eaten traditionally during the month of Ramadan, when the tomato-based soup is served with a side of dates and a honey-soaked sweet treat known as chebakya following a day of fasting. Filled with lentils and vermicelli noodles or rice to thicken the mixture, as well as chickpeas and a blend of fresh herbs and spices, harira is the national soup of Morocco. Its roots, however, spread across the north African region known as the Maghreb, of which Morocco is a part.

As with all Moroccan cuisine, preparing a pot of harira takes time. The chickpeas must be soaked, the lentils separated accordingly, the tomatoes perfectly spiced and boiled, and the blend thickened to perfection. After all, the name harira – often spelled ‘7arira’ given the pronunciation of the ‘h’ – comes from the Arabic word meaning smooth, which is the desired texture of the soup despite being filled with lentils and noodles. 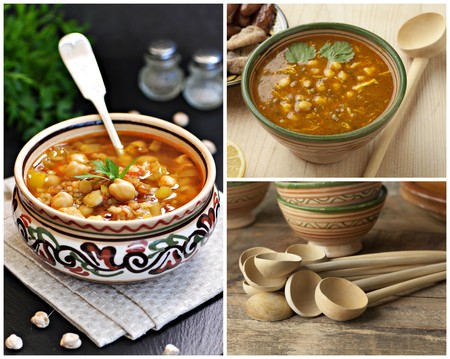 Don’t be surprised if no two bowls of harira ever taste the same. Not only do the recipes vary depending on the region, but family recipes may vary as well. In fact, harira is not strictly vegetarian – small pieces of lamb or beef may be added to the mixture for additional nutrients and flavors.

Not served exclusively during Ramadan, during winter months the smallest, most unassuming street-side cafés set up to serve a warming bowl with a cup of mint tea and an m’simen around 6PM as locals make their way home from work. Once prepared, harira is served piping hot in a bowl and, unlike other Moroccan dishes that are consumed with the hands, a wooden spoon is traditionally used to slurp up the soup. Despite a blend of spices including cilantro, cumin, cinnamon, turmeric and ginger, locals may add a squeeze of lemon for a bit of zest!