A Brief History Of Gnaoua Music In Morocco 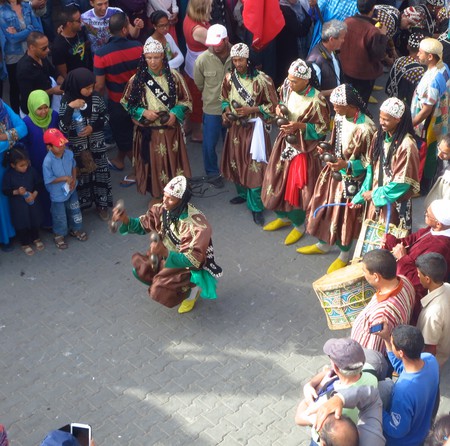 Traditionally practiced throughout Morocco and originating from the sub-Saharan region, Gnaoua music is a spiritual music at its roots, although popular maâlems (master musicians) are making the music quite mainstream. Headed by a maâlem with a group of musicians and dancers, the beats are repetitive yet lively.

Traditionally the music is part of an important ritual called a lila (Arabic for ‘night’), used to call the supernatural powers, particularly to rid a member of the community possessed by a djinn (genie).

The all-night ceremony starts following the sacrifice of an animal to ensure the spirits are present, then the maâlem and his clairvoyante lead the troop of musicians playing the krakebs and burn incense to call the supernatural powers to take possession of the followers. Those participating in the lila enter a trance state, allowing them to confront their relationship with the supernatural powers, known locally as mluk, allowing followers to reintegrate and return to their normal state.

The ritual ends at the crack of dawn. 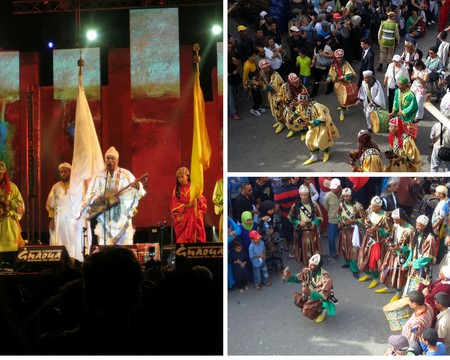 Central to the Gnaoua sound are krakebs (also known as castanets) and a gimbri (a three-stringed guitar carved from a log with the back side covered in camel skin). Each line or phrase is repeated several times by the maâlem (master musician), with the sound of the instruments intensifying as the dancers move to the unique rhythms, often entering a trance-like state dressed in colorful gowns and caps decorated in cowry shells.

Today the music has become much more mainstream and popular, with nightly performances on Jemaa el Fna square in Marrakech, and the sounds ringing through the medina of Essaouira. Each year in the seaside town, the Gnaoua World Music Festival sees the biggest names in Gnaoua perform on the main stages, often fusing with international jazz and world music sensations including Randy Weston, Omar Sosa and Tony Allen, and often until the small hours of the night.