14 of Morocco's Most Stunning Mosques 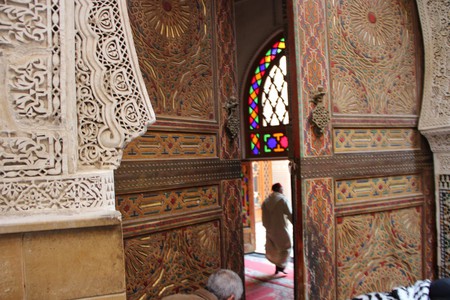 As an Islamic nation, it is no surprise that Morocco has thousands of mosques. Places for prayer, centres for spiritual learning and guidance, are at the heart of local communities. Many of Morocco’s mosques are aesthetically pleasing, with some that are all out stunning.

The call to prayer can be heard from minarets the length and breadth of the nation and many visitors cannot help but be impressed by the beautiful designs and architecture of the country’s striking mosques. While non-Muslim visitors aren’t permitted inside many of Morocco’s Islamic places of worship, they are still beautiful sights from the outside. Add these gorgeous mosques to your must-see list when travelling around Morocco.

Located in Casablanca, the magnificent Hassan II Mosque is one of the city’s most iconic sites. Indeed, the dazzling architectural marvel is often said to be one of the most beautiful mosques across the globe. One of the world’s largest and tallest mosques, master artisans added many striking details to the building, from zellige tiles and exquisitely carved wood to intricate plaster work and smooth tadelakt walls. It is one of just a few religious buildings in Morocco that is open to members of the public. 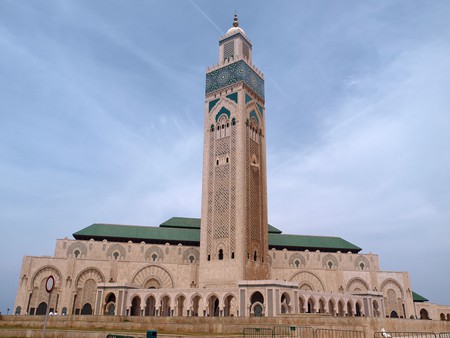 One of Marrakech’s most famous landmarks, Koutoubia Mosque was once surrounded by booksellers, which is why its name means ‘the book-seller’s mosque.’ Built during the Almohad era, it showcases designs typical from that period (12th and 13th centuries). It is constructed from pinkish-red stone and the minaret has contrasting green tiling. The remains of an old ablutions house can be found next to the mosque. 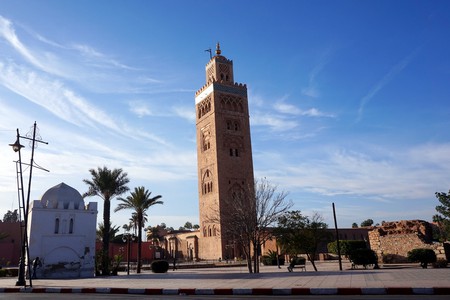 The large Tin Mal Mosque dates back to the 1100s. Located in a small mountain village of the same name, the remote and dramatic setting in the High Atlas Mountains adds to the mosque’s splendour. It was the inspiration behind the design of Marrakech’s Koutoubia Mosque. It is open to non-Muslim visitors. 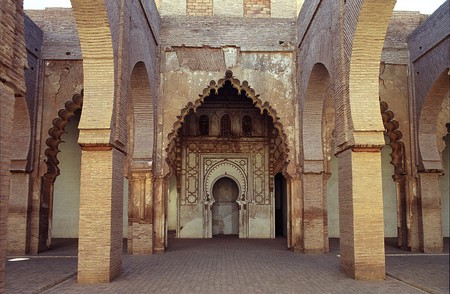 Northern Morocco’s city of Taza nestles between the Rif Mountains and Middle Atlas Mountains. The historic and attractive Great Mosque of Taza, constructed in the 1100s, is one of the country’s oldest Almohad-era structures. Built from pinkish-red stone, there’s a huge chandelier, complete with ornate inscriptions, inside the impressive building. The floors are covered with checkerboard-style colourful tiles, and there are pretty fountains.

The northern coastal town of Larache is one of Morocco’s under-visited gems. Within the triangular-shaped medina, the Great Mosque dates back to the 18th century. A picturesque white and blue tower rises up from the adjacent bright white walls, with the jumble of houses on the narrow medina streets behind. The attractive interiors boast fine tile work, star-shaped fountains, plush carpets, and other lovely details and décor. 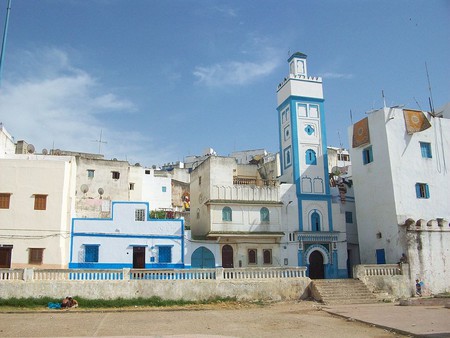 Mosque in the medina of Larache | © Dans / Wikimedia Commons

While the plain white facades of at the rear of Tangier’s Sidi Bou Abib Mosque may not seem that extraordinary, the mosque’s minaret positively radiates beauty. Deep pink is the predominant colour, but it is adorned with many eye-catching, multi-coloured tiles and vibrant plaster work. The diamond pattern near the top is especially attractive. The mosque’s main entrance, at the front, is a simple beige colour, though the traditional designs and large clock make it more visually appealing. The mosque was constructed in the early 20th century.

Originally built to serve the sizeable Syrian community in Morocco’s northern city of Tangier, the Syrian Mosque is a striking contrast to many of Morocco’s other mosques. Whereas Moroccan mosques typically have angular minarets, and are of a uniform width from top to bottom, the Syrian Mosque’s minaret tapers towards the top. The slender square tower widens into a stepped platform, on top of which sits a slimmer multi-sided section with what almost appears like a white curved vase-like section. Everything is topped by a darker elongated oval and a spire with three balls.

The crenellated white-washed walls of Tangier’s Grand Mosque give the place of worship an almost fortress-like appearance. Combining elements of European architecture with Moroccan features, the main mosque building wouldn’t look out of place in the south of Portugal, Spain, or France. The tall minaret is mainly brown in colour and it is decorated with traditional Islamic designs. 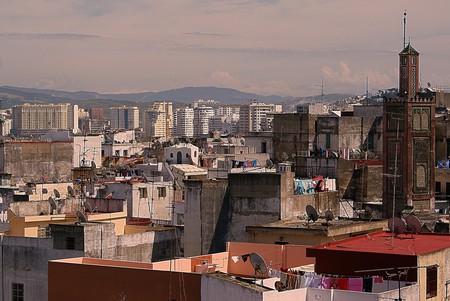 No longer in use as a place of worship, the now-ruined Spanish Mosque is situated in a hill looking over the Blue City of Chefchaouen. It was built by Spanish colonists, hence the name, but was never particularly popular with locals. The mosque eventually fell into a state of disrepair. Visitors can look inside the small now-renovated mosque and admire glorious views from outside.

A huge mosque in the old imperial city of Fez, Kairaouine Mosque is one of the country’s most sacred mosques. Founded in 859, the mosque saw many changes and expansions over the years. The result is a blend of architectural styles from different times throughout Morocco’s history. There are many beautiful designs inside and out, with sweeping courtyards, interesting artwork, fountains, woodwork, colourful tiles, and more. The complex is also home to a historic library and university, both of which are said to the oldest existing building of their kind in the world. 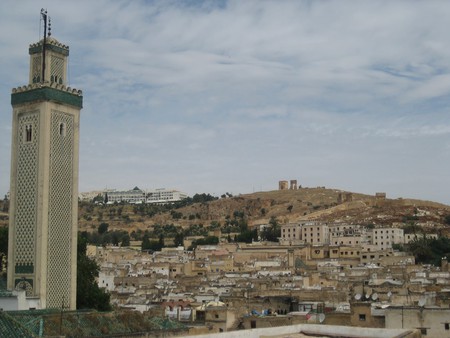 Sentissi Mosque is located in the small hillside town of Moulay Idriss Zerhoun (often shortened to simply Moulay Idriss). A fairly small neighbourhood mosque, it is interesting for its minaret: the cylindrical minaret is the only round minaret in the country. Covered with green tiles, Quranic verses are displayed around the minaret in contrasting white tiles. 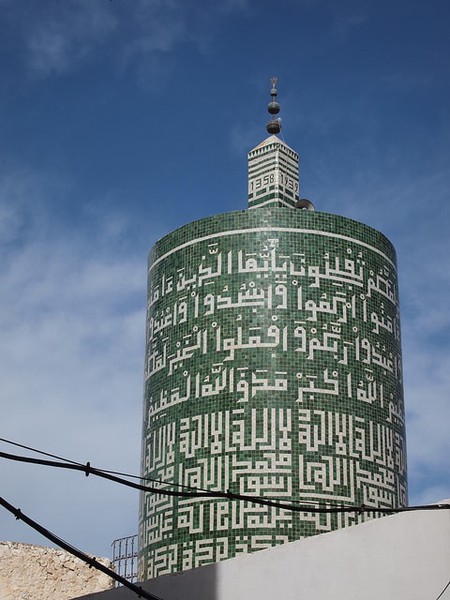 The round minaret in Moulay Idriss | © Maman Voyage / Flickr

Oujda can be found in the east of Morocco, close to the border with Algeria. The Grand Mosque is one of the city’s most attractive buildings, as well as one of the oldest. Constructed in the late 13th century, during the Marinid dynasty, it has been restored to preserve and showcase its splendid Moroccan-Andalusian designs. Colourful patterns sit between delicate white plaster details and stunning zellige tiles make the fountains and other features pop with colour too. 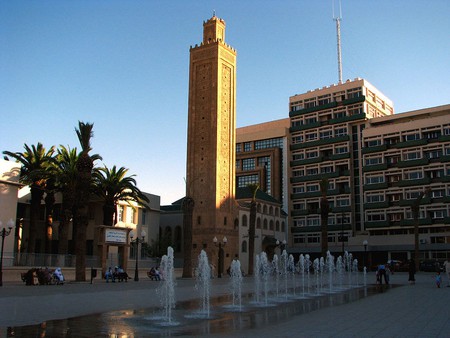 Colomina Mosque is in the southern town of Sidi Ifni, an area that is famous for its beaches, natural stone arches, and surfing opportunities. Surrounded by plain white walls, the interior building has a three-tiered roof, with small windows in the inner walls and green tiles on the roof sections. The top part of the roof is a green pyramid. The tall minaret is mainly brown and white, with green and white tiles near the top. The ocean presents a nice background for the religious buildings. 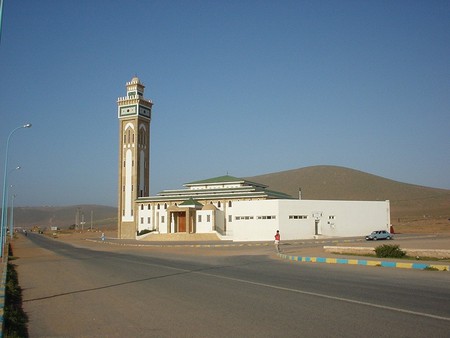 Mohammed V Mosque in Agadir is fairly unusual when compared with other mosques around Morocco in that the outside of the main building is actually a lot more attractive than the minaret. Whereas the tall tower features fairly plain brown bricks and white paint, with minimal ornamentation, the outside walls are covered with detailed brown plaster work. Beautiful green tiles surround the main door. One of the city’s most important mosques, it is a relatively new mosque, having opened in 1991. 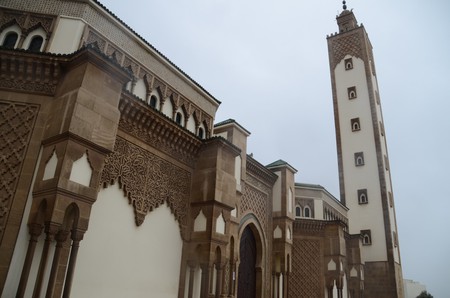