Things That Tourists Should Never Do in Morocco, Ever 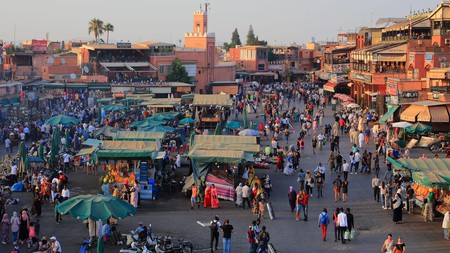 With an array of attractions and activities to suit all types of tourist, Morocco is a captivating destination. While the country attracts a wide variety of visitors with different budgets and interests, there are some things that no tourist should ever do when visiting Morocco.

If you’re planning on visiting, book yourself a place on Culture Trip’s 13-day Morocco tour, where you can experience this vast country under the guidance of one of our local insiders.

With more than 90 percent of the population identifying as Muslim, Islam is the state religion of Morocco. Many citizens follow the Sunni branch of Islam, though a significant number subscribe to various Sufi ideals. Disrespecting Islam in Morocco can offend locals and, although Morocco is among the more liberal of the Islamic nations, no guest should seek to upset their host. Asking questions to learn more about the religion is fine, but limit discussions about Islam to factual matters, rather than offering opinions that may be controversial. Respect rules that forbid non-Muslims from entering certain areas – such as mosques and shrines – and dress modestly, in keeping with local customs.

The lèse-majesté of Morocco makes mocking, criticising or otherwise speaking badly about the Moroccan king a criminal offence. A few misguided mutterings may offend, but going too far could actually lead to a jail sentence of up to three years. Defacing anything with the king’s image is a major no-no. Respect these Moroccan laws for a trouble-free trip.

Use your left hand to eat with

Many meals in Morocco are traditionally eaten with the hands. Be careful to use only your right hand to eat with, though; the left hand is considered unclean, as it is typically the hand used when going to the toilet. While unwittingly using your left hand to eat with is unlikely to cause any drama, it might raise a few eyebrows, or induce a few snickers or scowls.

Walk around in beachwear (away from the beach)

In keeping with religious and cultural norms, general standards of dress in Morocco are fairly conservative. Beachwear is certainly not appropriate attire for exploring Moroccan cities, towns and villages – no matter how hot the temperatures. Keep bikinis and bathing suits for the beach, making sure to cover up when leaving for your hotel, restaurant or anywhere else.

Expect everyone to speak English

While there generally isn’t a problem with finding English-speaking locals in major tourist and commercial areas such as Marrakech, Fez, Rabat, Tangier and Casablanca, don’t expect this in less-visited parts of the country and remote areas. Due to past colonialism, knowing a few Spanish words (in the north) or French words (in central areas) can help immensely. Those who can speak basic Arabic, however, will be able to communicate with people almost all over the country. Most Amazigh-speaking Berbers speak Arabic as well.

Limit your stay to Marrakech

Marrakech is one of the most popular destinations for a holiday in Morocco. With energetic souks, historical attractions, art galleries aplenty, stunning gardens and the more modern area of Gueliz offering high-class bars, shops and restaurants, it can be easy to think you’ve found the best of Morocco in this one city. However, there is so much more to this diverse nation than the Red City. Glorious beaches, soaring mountains and various charming cities and towns await elsewhere. If time is limited, perhaps consider taking at least a couple of excursions to places such as Essaouira, Ouarzazate, Ouzoud Waterfalls or the Ourika Valley. 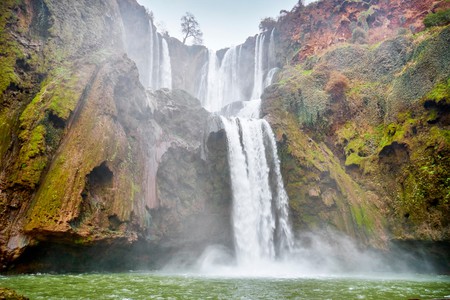 Make sure to take a trip out of Marrakech to one of the other stunning destinations in Morocco, such as the Ouzoud Waterfalls | © Jan Wlodarczyk / Alamy Stock Photo

The classic movie Casablanca (1942) and Morocco’s modern-day economic capital have one main thing in common: their name. Don’t expect to visit Casablanca and enter a world of romance and allure. The film was shot in Hollywood, shows no scenes of Morocco and features no Moroccan actors or actresses. The closest visitors will get to experience the movie is by visiting the themed restaurant Rick’s Cafe. The rest of the city is a bustling business powerhouse that includes attractions such as the Casablanca Twin Centre complex; one of the largest shopping centres in Africa, the Morocco Mall; and the stunning Hassan II Mosque, one of the biggest in the world. 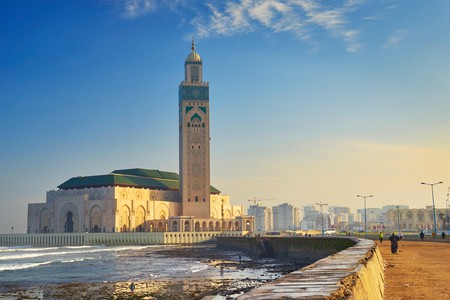 Think fez hats come from the city of Fez

The city of Fez, sometimes spelt Fes, is one of the old imperial cities of Morocco. It is home to leather tanneries, bustling souks and one of the oldest universities in the world. It is a popular tourist destination with plenty of appeal. Don’t, however, expect to find fez hats in abundance. The round, red hats with a black tassel on top actually originated elsewhere. The exact origins are disputed, but the possibilities include Greece, Turkey or the Balkan region. One thing is for sure, the hats definitely weren’t born in Fez. Indeed, the Moroccan name for the hat has no relation to the city, and it is known locally as a tarboosh. 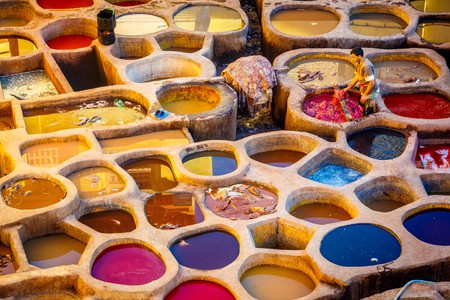 Fez is home to many leather tanneries, but it is not the birthplace of the fez | © Jens Benninghofen / Alamy Stock Photo

Be disappointed if couscous isn’t on the menu every day

Couscous is the national dish of Morocco, and many visitors are keen to try it. Although the popular dish is often widely available in restaurants that cater to tourists, visit a more locally oriented establishment and there’s a high chance that patrons will find couscous only available on Fridays. There is a strong tradition throughout Morocco of eating the dish on the Islamic holy day. The time-consuming preparation and local customs mean that many restaurants do not serve couscous on other days. There are still plenty of other delicious options to enjoy, though, such as tagine, tangia (a slow-cooked speciality from Marrakech) and pastilla (meat pie).

If couscous is the national dish of Morocco, mint tea is the national drink. Loaded with sugar and sprigs of fresh mint, the refreshing drink is a great way to experience a part of local life. Head to one of the many cafes, order a pot, relax and savour the taste while watching the world go by. 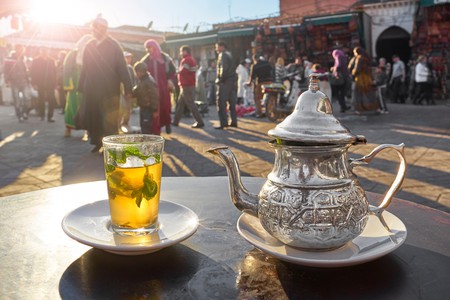 Forget to haggle in the souks

Morocco is famous for its colourful souks (traditional markets) that sell an assortment of items. From traditional clothing and footwear to spices, shisha pipes, lamps, tea sets and leather goods, a treasure trove of delights can be found in the souks of Morocco. It’s difficult to resist loading up on gifts and souvenirs to take home. Prices are generally reasonable, but only for those who remember to haggle. Haggling is a huge part of trade in Morocco and vendors provide an inflated starting price, knowing that the end figure will be lower. There’s no hard and fast rule about how much to pay, but negotiating any price is a must. 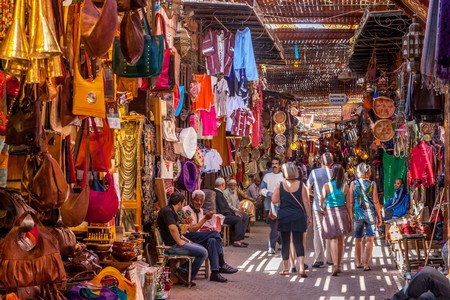 Morocco is home to colourful souks, but make sure to haggle when you want to buy something from them | © GRANT ROONEY PREMIUM / Alamy Stock Photo
Give us feedback