The 11 Most Controversial Films in Morocco 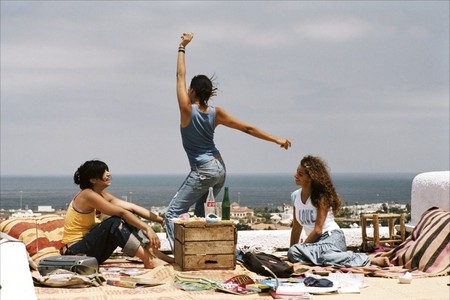 Morocco is a Muslim country, which means there are many restrictions and censorship. Of course, prostitution is illegal, but it is more prominent due to the fact that there aren’t many jobs that pay well and homosexuality is an offense that can lead up to three years in prison. Here are 11 controversial films that represent all these taboo subjects.

This film is first because it truly was the most controversial film to have ever seen the light in Morocco—well, it nearly did, since it has been censored in the country. Much Loved is a movie about prostitution that tackles sexual hypocrisy in the Kingdom. It tells the story of Noha and her three friends, working as prostitutes in Marrakech. The film is very raw and portrays the true reality of what happens behind closed doors when rich Saudi men go to the Red City looking for “fun.” At one point, it even shows one of Noha’s friends getting hit by one of these men due to the fact that he can’t get aroused, so it really shows a culture of macho posturing, religious restraint, and crazy double standards. 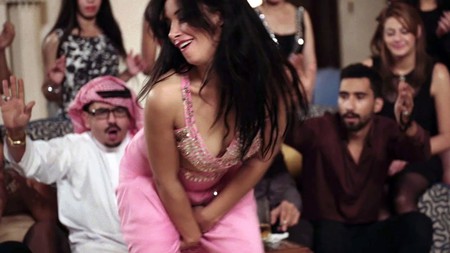 Casanegra is a movie about the dark side of Casablanca, youth in Morocco, and social criticism. The film is about a guy named Adil, who lives with his violent stepfather and dreams of moving to Sweden, and his friend Karim, who is secretly in love with an upper-class girl he sees from afar, and deals with his family struggling with money and his sick father. Throughout the film, they commit petty crimes to collect some money to make their dreams come true. The film caused controversy because it showed a bad side of the infamous city, Casablanca.

This film is about a girl from a rich Muslim family who falls in love with a Jewish boy, and of course, there are issues since their families are not of the same religion. Some people compare it to Romeo and Juliet, since the protagonists, Rita and Yuri, get together no matter what others say. This film was controversial because the famous producer, Laila Marrakchi, addresses unspoken issues in the Kingdom, such as sexual relationships and religious hypocrisy.

This film takes place in Casablanca, and tells the story of four young homeless boys—all under the age of 15—who leave a gang, to become four independents. The protagonist Ali—child of a prostitute—who dreams of becoming a sailor and traveling the world one day, is killed early in the film by one of his old gang members. His three other friends, Kwita, Omar, and Boubker all vow to give him a proper funeral, one that he deserves. Ali Zaoua caused controversy in Morocco because it showed a sad truth of street kids who dream of a better life and escape theirs by doing drugs. The producer went the extra mile, as all four boys were real homeless kids.

Road to Kabul is a recent movie that was screened in 2012. The film tells the story of four male friends who are jobless and are tired of the mundane life Morocco has to give them. They meet with a man who specializes in illegal immigration and promises to get them to the Netherlands. Unfortunately, it is too expensive for the four of them to go at once, so they fund the trip of one of their friends, Hmida. A few months pass and Hmida still hasn’t contacted them; they then discover that they took him to Afghanistan instead of Holland, so they go to his rescue. 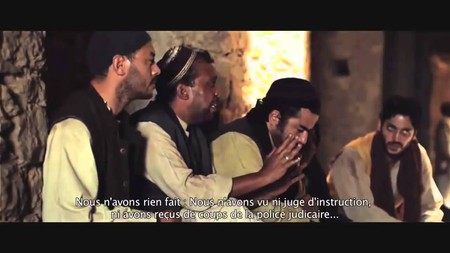 This film was made by the producer of Casanegra, and it portrays the life of a depressed, violent alcoholic cop in Casablanca, called Zero. The entire movie revolves around him, his personal and family issues, and his job, and a woman reaches out to him to help her find her teenage runaway daughter. As he struggles with his own issues, he is afraid he will not find the girl and disappoint the mother, but he takes it personally and does everything to find her and realizes she has been a victim of sexual trafficking by a mafia.

The Sea is Behind

This movie is such a controversial one in Morocco due to the fact that it tells the story of a man, Tarik, who has a wife, a house, and children, but for his job, he dresses up as a woman and parades on the street belly dancing. Tarik represents the limit between manliness and homosexuality since he is a drag queen in a Muslim country, and he is even arrested by the police who accuse him of being homosexual which is, unfortunately, an offense in Morocco.

This film was first screened in 2004 and portrays the life of a group of women who live by themselves in a tiny village in the mountains of Morocco. These women become prostitutes of the countryside as any man who enters is their client and women are forbidden from the village of Tizi. Initially, the producer wanted to shoot a documentary on these real women who live in different secluded villages across the mountains of Morocco who only survive thanks to prostitution.

Goodbye Morocco is a movie by Nadir Mokneche that tells the story of a woman named Dounia, who works at a construction site and has a son who she lost custody of. During the film a series of events happen: one of her employees dies, but she covers it up due to the fact that he is an illegal immigrant and could face jail if she reports it to the police. Meanwhile, she is living with her Serbian boyfriend, who is non-muslim, which may cause controversy in the courtroom if she claims her son back. She meets with a man who exports paintings from Morocco to France who tells her he can help her move to France with her son while her boyfriend disagrees.

Mort à vendre is a film about friendship and betrayal, as it portrays three very good friends, Malik, Allal, and Soufiane, who are used to committing petty crimes, but decide to go big by becoming drug lords. They meet Dounia, a prostitute who only goes to sophisticated nightclubs, and the issues between the three boys starts, as she chooses Malik, but Soufiane gets jealous, which causes tensions, Allal is recruited by a group of radical islamists, and everyone is ready to betray everyone. 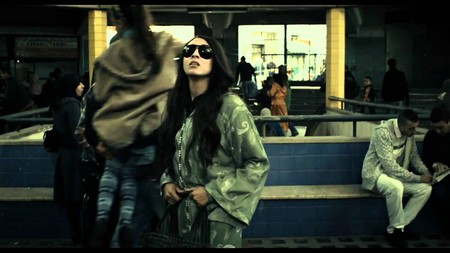 This film tells the story of Abdellah, an introvert teenager who lives in a poor family of five girls and two boys who let older men seduce him. His angry mom makes him do chores, he is bullied by his sisters, and his dad is violent and doesn’t provide much. Abdellah is fascinated by his brother Slimane, who refuses to speak Arabic and instead speaks French, because according to him “it’s the language of the future.” On a trip to the beach with his two brothers, Abdellah walks by an older man, with whom he will later sleep with.